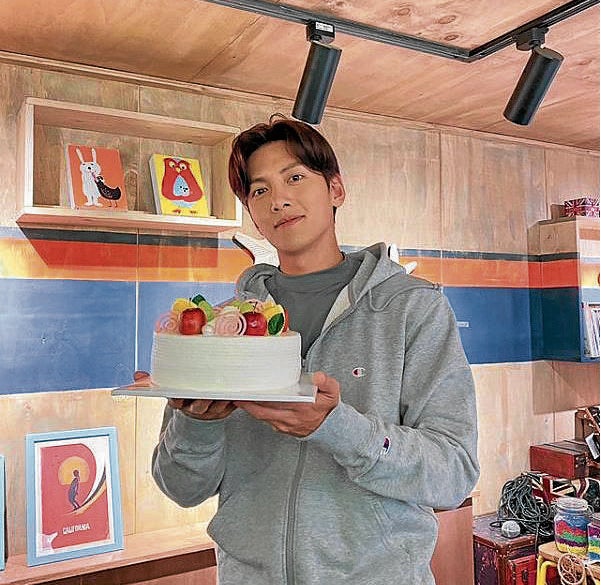 The members of JCWPH hope to become role models and make Ji Changwook proud of them. —@JICHANGWOOK INSTAGRAM 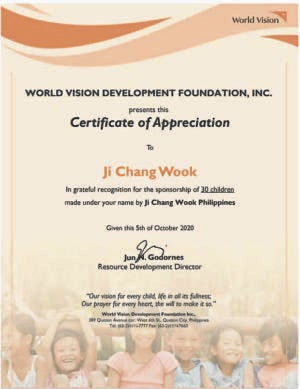 Ji Chang-wook’s fans in the Philippines are very consistent. They celebrate milestones and special events in the actor’s life by doing charity work. The 12th-debut anniversary of Ji is no different.

The fanclub Ji Chang-wook Philippines (JCWPH) donated 100 seedlings to Haribon Foundation. These seedlings will be planted either in Mt. Banahaw and San Cristobal Protected Landscape or in Real, Quezon, and Tanay, Rizal. Anne de la Cruz, admin of the Facebook fanpage, says it’s just the beginning.

“We really want to start growing a Ji Chang-wook Forest in the Philippines,” she said. Dela Cruz said that the seedlings will be planted in one area. They’ll continue to grow the spot for Ji and it is their dream to plant the seedlings themselves.

The group also committed to sending 30 children in elementary and junior high school for two years through World Vision Foundation. The certificate that Haribon and World Vision issued were both issued under Ji’s name.

Finally, the group also donated KRW 1,100,000 or roughly P47,000 to Korea Childhood Leukemia Foundation. The certificate issued to JCWPH says that the donation “will help children with cancer and their families to maintain continued medical treatment. On behalf of patients and their family, we thank you for your noble gesture.” Dela Cruz said that they did all this to make Ji happy and proud of them. She also added that, “we hope that we can become role models to other fanclubs that they also help out whenever they can.”

Their message to Ji is “We appreciate you and you help us make a difference. We thank you for setting an example to us and help us emulate your actions. Let’s walk through this lifetime together. Wishing you a very happy 12th anniversary.”

JCWPH has several projects in the past which included giving away free masks in LRT-2, giving personal protective equipment and alcohol to Philippine General Hospital and other hospitals when there was a shortage of both, and support to those affected by the Taal Volcano eruption.

Ji has 16 television series, 10 films, three web series and a number of musicals. In the Philippines, some of his well-loved dramas include “Empress Ki,” “Healer,” “Suspicious Partner” and “Backstreet Rookie. He is also an endorser for Bench.