This Lego set, designed by a Filipino, sells out in a day | Lifestyle.INQ ❮ ❯ 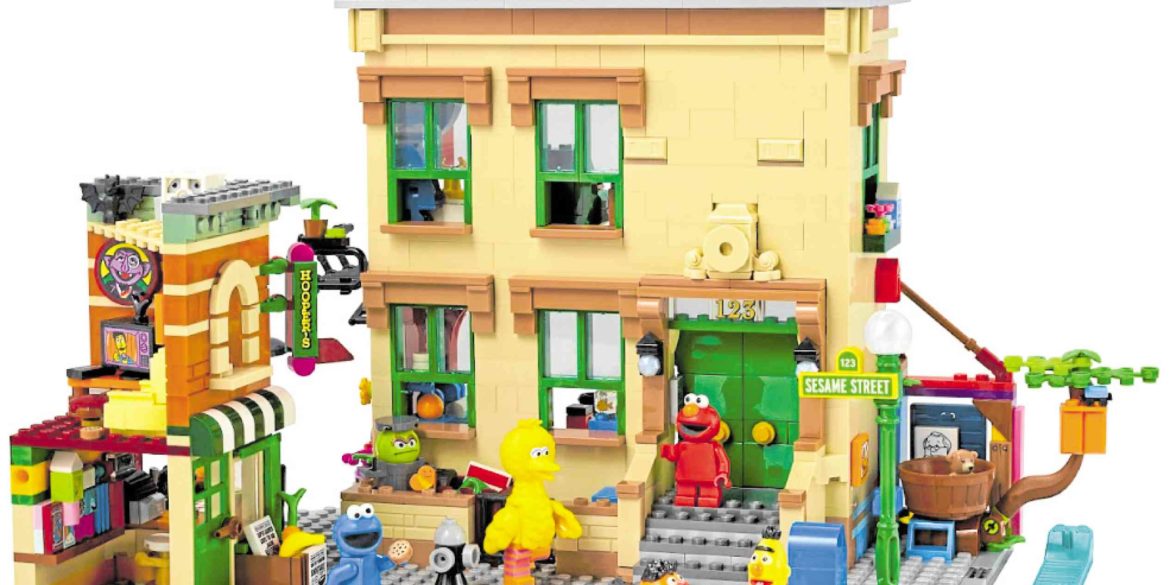 This Lego set, designed by a Filipino, sells out in a day

The incredibly detailed, 1,376-piece set is the first-ever Sesame Street product from Lego

Since 2008, Lego Ideas has allowed Lego fans from all over the world to submit their dream project in hopes of having them turned into actual Lego sets that would be made available commercially.

It’s not an easy process, especially not when you’re competing with other passionate builders. Coming up with an idea isn’t enough—you actually have to build the set using Lego bricks or a virtual building tool and then get the support of 10,000 Lego fans before experts will even review your project. Those whose projects are approved will then get to collaborate with Lego designers in finalizing their sets before they are made available internationally.

It’s this process that has birthed some really memorable Lego sets including the Lego Pop-Up Book, the Grand Piano, The Beatles Yellow Submarine, Doctor Who, The Big Bang Theory and Central Perk.

Only 32 Lego Ideas sets have been released so far, the latest of which is the 123 Sesame Street set, which was designed by Ivan Guerrero, a Filipino commercial filmmaker.

Federico Begher, vice president of global marketing at The Lego Group, said, “We were instantly drawn to Ivan’s idea, as we had never created an official Lego product with Sesame Street before. It was clear from the submission that Ivan is passionate about Sesame Street and he really brought it to life with the wide array of characters and bright, classic colors.”

Begher added, “For the first time in the history of Lego Ideas, we also had the opportunity to create brand new mini figures for a set, bringing something new and exciting to our Lego fans.”

The incredibly detailed, 1,376-piece set is the first-ever Sesame Street product from Lego. It’s a nostalgic trip to our beloved New York City neighborhood, packed with the characters and corners we grew up watching, including Bert and Ernie and their apartment (tub and rubber ducky included, of course), Big Bird and his nest, Elmo, Cookie Monster, Hooper’s Store and more. And would Sesame Street really be complete without Oscar the Grouch and his trash can?

Guerrero, who’s a longtime fan of both Lego and Sesame Street, said, “It has been a dream come true to be able to merge my two passions into a memorable set for fellow builders to enjoy. Lego bricks and Sesame Street shaped both my childhood and adult years, and the opportunity to work with the Lego Ideas team to bring this quintessential New York street to life has been thrilling.”

Guerrero, who grew up watching Sesame Street, said, “The show was one of my first teachers. It taught me how to read, write, count and laugh. I’m also an enormous fan of Jim Henson. His creations have played an important role in shaping my creative career… As 2019 is the 50th anniversary of Sesame Street, I figured it was a great time to create a Lego set that celebrated the show’s history and long legacy of playing and learning.”

He used each area to pay tribute to specific moments from the show’s rich history. “I wanted to create a variety of rooms tailored to iconic situations from the show. I would spend a couple of hours each week carefully researching the various rooms in the apartment building. I’d watch old episodes and study screen captures, or dig in deep into the Muppet Wiki and various Sesame Street books. ‘Sesame Street Unpaved’ and ‘Sesame Street: A Celebration of 40 Years of Life on the Street,’ as well as the ‘Sesame Street: Old School’ DVDs were invaluable resources.”

It took him months and a total of 2,945 Lego bricks to build his take on the world of Sesame Street. Guerrero talked about his design process. “Since the building really only exists on TV, there were several portions of the set that I had to design from my own imagination. In order to translate it into a three dimensional Lego building, I researched old New York apartment buildings from the 1960s and 1970s and attempted to treat 123 Sesame Street as a building that was built around the same time.”

Creating some of the characters including Bert, Ernie and Big Bird was tricky too. “There are some limitations to creating puppet-like fur, feathers, and hair using Lego. I spent a lot of time revisiting these figures and researching new parts that I could substitute.”

Elmo’s World—especially creating its crayon-like texture—was a particular challenge for this brick fan. “I wanted the room to feel like it existed in both a physical place and inside Elmo’s imagination at the same time.”

“Your imagination and creativity can take you places—and with the help of Lego Ideas, it’s now transporting fans to Sesame Street where you’re never too old for a playdate,” said Gabriela Arenas, Sesame Workshop’s Vice President of Licensing, North America.

Guerrero submitted the design in October 2017 and, after making design adjustments and launching a social media campaign, finally got to 10,000 votes on May 1, 2019. He said, “It was perfect timing. On that same day, the city of New York officially renamed one of its streets as ‘Sesame Street.’ It was an incredibly exciting day for me.”

The set, which costs P6,999.75, should have been launched Nov. 1 but super typhoon Goni got in the way of that. When it was finally released Nov. 2, 123 Sesame Street disappeared faster than Cookie Monster can chow down on those cookies. “Phones were ringing nonstop… All 100 autographed sets and 150 unsigned sets were sold out by 1:30 p.m,” said Sharlene Ortiga, business unit head of LEGO Certified Store.

123 Sesame Street sold out in one day—actually, in less than four hours. And Lego fans are begging for a restock.

Guerrero, who collects Jim Henson and Muppet memorabilia, told Lifestyle, “I wasn’t really surprised that the set sold out really fast. There have probably been four to five different versions of Sesame Street that aired in our country. We’re also one of the few countries in the world that had a Muppet cable channel for a while—The Kermit Channel. The show and its characters are household names here.”

The set has been a hit in other parts of the globe as well. Guerrero said, “It’s been overwhelming to hear from so many Sesame Street fans around the world. I’ve been receiving a lot of thank you messages from people who have been building the set and are so happy they bought it.”

He added, “I’m really hoping the Lego store will have it in stock again soon. I know a ton of people who want it and I think it would make the perfect gift for the holidays.”

Those who’ve missed out shouldn’t fret—according to Ortiga, the set will be restocked end of this month. Act fast, though because they’re expected to sell out again.

Another Lego Ideas set that was designed by a Filipino is the Voltron one, released in 2018. Leandro Tayag, a software architect who lives in Malaysia, created it out of his love for super robots from the ‘70s and ‘80s. The now retired set, which includes five buildable and posable lions that can be combined to create the giant Voltron robot, is considered by many fans as one of the greatest builds ever made.

Guerrero said, “I would really like to encourage more Filipinos to design with Lego and submit their sets to Lego Ideas. It’s such an amazing platform to showcase our creativity.”