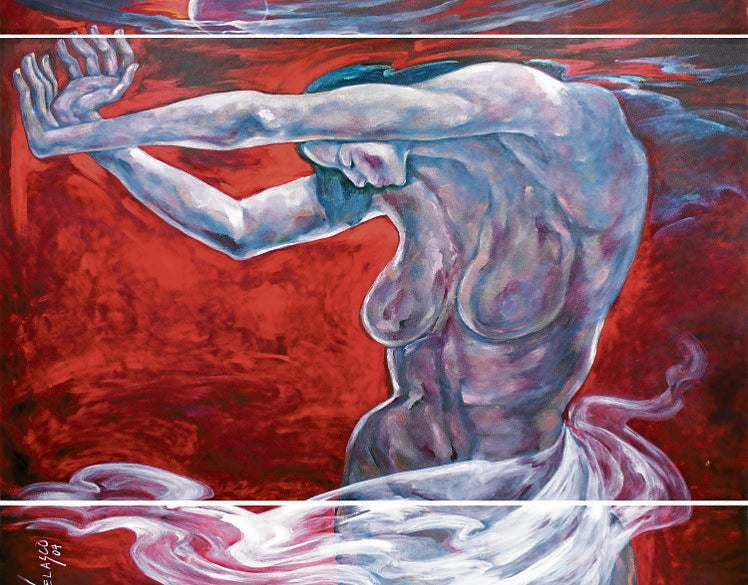 An abstract oil landscape by the late Prudencio Lamarroza had a floor price of P35,000 and was sold for P128,480. A Quiapo Church scene by another late master, Ibarra dela Rosa, was successfully sold for P140,160.

Abstract expressionist Francesca Enriquez’s “Abstract (Diptych)” rose from the floor price of P360,000 to the final winning bid of P817,600.

A three-panel acrylic-on-canvas painting by Lydia Velasco, “Dancing in the Moonlight,” sold for P1.98 million.

Works by contemporary artists also did well. Emmanuel Garibay’s “Takas,” which shows a woman’s arresting gaze and a man in flight, suggestive of a backstory, sold for P280,320.

Art Deco and Art Nouveau-style pieces from an “Old Manila ancestral mansion” were also successfully bid out, among them a prewar narra altar with the Auspice Maria feature, the intertwined letters A and M that serves as a monogram of the Virgin Mary, which was sold for 175,200.