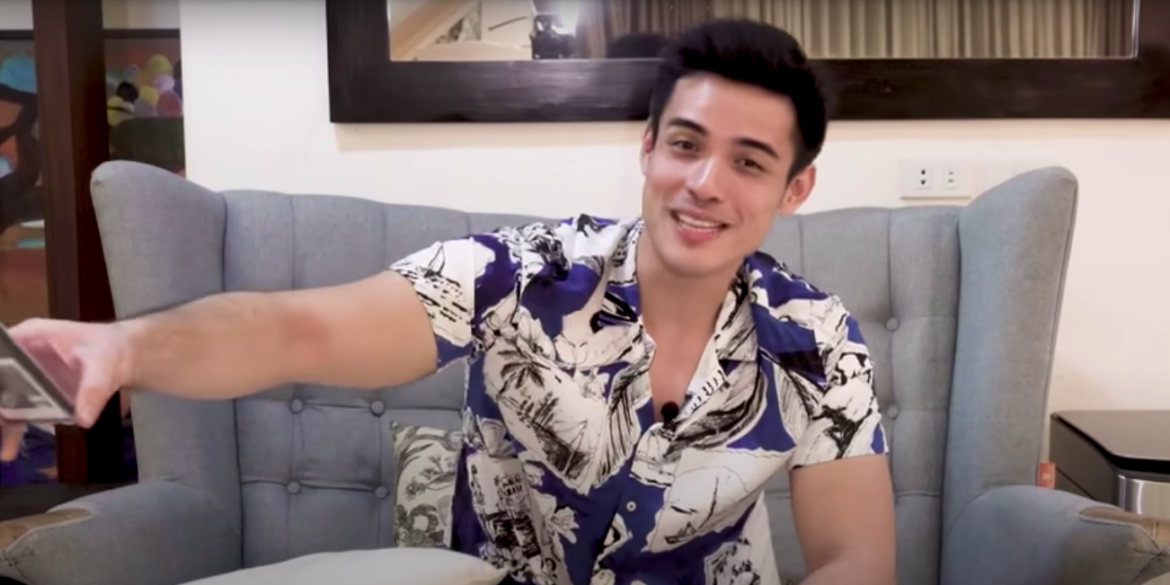 Actor Xian Lim may be one of the most bashed celebrities online, but he manages to deal with it with composure and laughter.

In a recent episode of his vlog, he read some of the meanest tweets he has received and gave viewers some tips on how to deal with various forms of cyberbullying.

While some tweets called him “gwapo” (handsome), these same tweets also labeled him as “mayabang” (arrogant), he said in the vlog posted on YouTube, Nov. 9.

He explained that maybe he gives off such an impression to people because of how his face looks, but he stressed that it’s just a look. He is in fact an introvert, he said, and he rarely goes out. He thinks his being introverted gives the impression that he does not care.

The next kind of mean tweet he said he often encounters is those accusing him of being unprofessional.

“Professional naman ako,” he seriously answered. (I am in fact professional.) He also stressed that he is a gentleman, to answer a tweet questioning that quality in him.

As for his acting called “kinda baduy” (in poor taste), he said, “You can’t really please everyone. Art is subjective, so, bahala ka sa buhay mo.” (Suit yourself.)

He even received a mean tweet poking fun at his breasts, compared to that of a woman’s breasts because of their size. To this he explained that he has such a physique because he really just loves to go to the gym.

“I think lahat ng artista na lalaki, at one point in their duration ng pag-aartista, matatawag kang bakla. So, I think coming in as a leading man or as an actor, medyo in-expect ko na matatawag kaming lahat na bakla. Halos lahat naman, eh,” he explained.

(I think all male actors, at one point in the duration of their careers, get to be called gay. So I think coming in as a leading man or as an actor, I sort of already expected that we would all be called gay. Almost everyone.)

But Lim appears not to want to make a big deal of such comments, as he said, “If you’re comfortable with your sexuality, why should you care?”

He also gave some advice on how to deal with various forms of bashings online.

“Do not take it too seriously,” he said next. He reminded viewers of how rich their lives are and that they should not be affected by “petty” words.

Lastly, he reminded viewers to “stay positive” by surrounding themselves with positive people. He also said that a “digital cleanse” is needed sometimes, which means cutting contact from negative people and taking time off social media.

“Totally one week or two weeks [no] social media because that helps,” Lim said. “[Because in our] digital world, it’s so hard. You get easily affected by so many things. Don’t get affected, you’re OK, you’re doing OK, and you’re gonna be fine.” JB