A conversation with ‘The Crown’s’ Charles and Diana | Inquirer Lifestyle ❮ ❯ 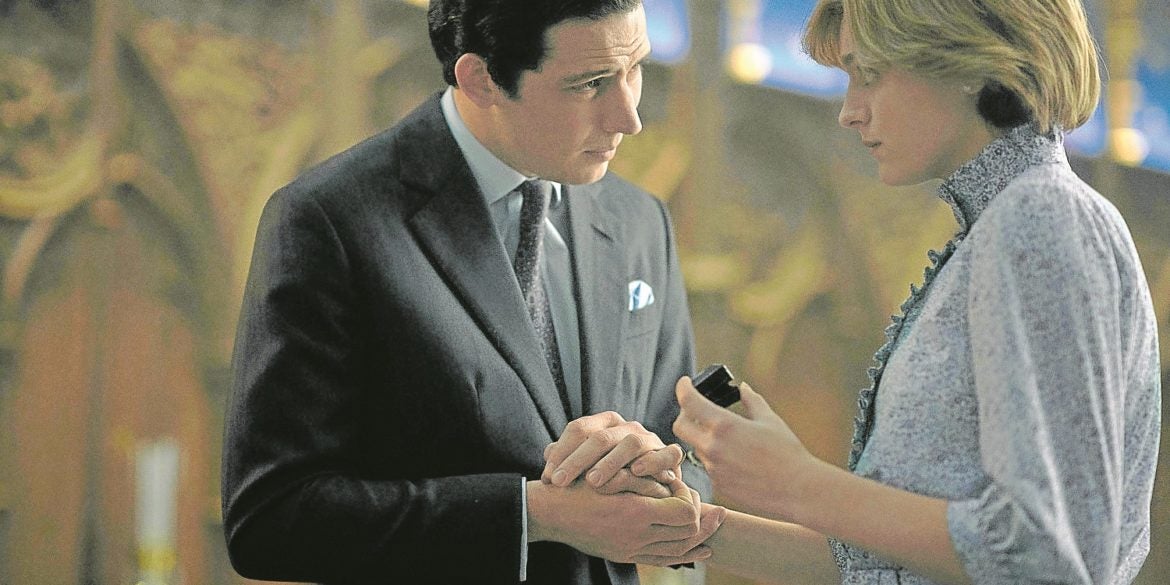 A conversation with ‘The Crown’s’ Charles and Diana

The Crown’s’ fourth season, which starts streaming on Netflix today, is the hit show’s best one yet. With the entrance of Gillian Anderson as the United Kingdom’s first female and longest-serving Prime Minister Margaret Thatcher, and Emma Corrin as Princess Diana, fans have a packed and satisfying season to look forward to, one that takes them from 1979 to 1989.

Season 4 offers laughs (see the Thatchers’ attempt to pass the Balmoral Test in Episode 2) and plenty of heartbreak.

Much of the heartbreak comes from the marriage of Prince Charles (Josh O’Connor) and Diana, which seems doomed before it even started, no thanks in part to Charles’ inability to let go of Camilla Shand (Emerald Fennell), the woman he actually loves.

Casting Diana was one of the biggest challenges the show’s creators had to face and the way executive producer Suzanne Mackie talks about finding Corrin makes it sound like a fairy tale. “It was an experience that I will probably carry for the rest of my life,” Mackie said.

Corrin had come in not to audition but to help the casting team by reading Diana’s parts as they auditioned different actors for the role of Camilla. Mackie said, “Within minutes of her reading, we all looked at each other and thought she was extraordinary… I remember as she walked out of the room, we all looked at each other and we said, ‘We may have just found our Diana.’ I had a strong, very intuitive, quite emotional feeling… I just knew in my bones that she was our Diana.”

Corrin said, “Eight months later, I was invited to actually audition for the role which is pretty exciting. Then a few weeks after that I got invited to set to come and read with Josh and then they offered me the part in the room which was brilliant. Josh was there. He did a lot of screaming. I think I was just in very stunned silence.”

O’Connor and Corrin are fantastic at their roles, pulling us deep into their misery, letting us feel their pain, while also giving us a glimmer of hope that maybe, maybe things could work out even though we already know where the tragic story is going.

We talked to O’Connor and Corrin about the new season, their characters and the fun they’ve had on set.

How challenging was it to portray a real person who is very much alive in the memories of people everywhere?

Emma Corrin (EC): It was hard and it was definitely a lot of pressure and responsibility but I think Peter’s (Morgan) scripts are so wonderful in transporting these well-known characters into a very fictional realm which really gives you that as an actor in the series a chance to bring your own version of them to life. So once you’re in his story and acting those words, it kind of eases that pressure a little bit although some of the scenes were quite difficult.

Was there anything that surprised you about your characters as you prepared to play them?

Josh O’Connor (JO): I spent a long time doing creative kind of prep. Emma and I, and everyone on “The Crown,” we’re all actors, we’re not mimics, and so the interest comes from everything beyond what we know of Charles. It’s like, how can we create a character that’s believable and goes beyond just the perception of these icons? Because none of us really know what Diana was like and none of us really know what Charles is like. It’s our job to kind of make decisions about their character. I think I was surprised by how much love there was in the relationship. Emma and I were really interested in finding the kind of love and the joy that they share together, albeit it’s rare, but it’s important because otherwise, we just go to the end. We all know how it ends. We have to try and convince you that there was love there at different points.

EC: My answer is very similar to Josh. I did a lot of research and I really enjoyed working with my movement coach Polly and dialect coach William on getting the voice and mannerisms and figuring out why those things existed in the way they did. I was also surprised to just learn about the nuances of their relationship and how much love existed there.

We see Princess Diana suffering from depression and bulimia. Mental illness can be hard to accurately portray on screen. How important were these scenes to you?

EC: The scenes depicting her bulimia and her mental health were very important to me. She spoke very candidly in interviews about her experiences with bulimia and how she struggled… I think that to do justice to her story, they had to be included. Also, I think that it is increasingly important that bulimia and mental health are depicted in full on screen, not just alluded to, obviously, given that they’re done sensitively, and that there are the appropriate warnings and that kind of thing to help people who would be triggered by that content.

What was it like filming that scene where Diana meets the family officially as Charles’ fiancée?

EC: I just remember it as really funny because Helena [Bonham Carter] kept improvising her story that I walk in on. It kept getting more and more elaborate. They kept having to call cut earlier and earlier to make sure that she wouldn’t say anything inappropriate. It was really funny. 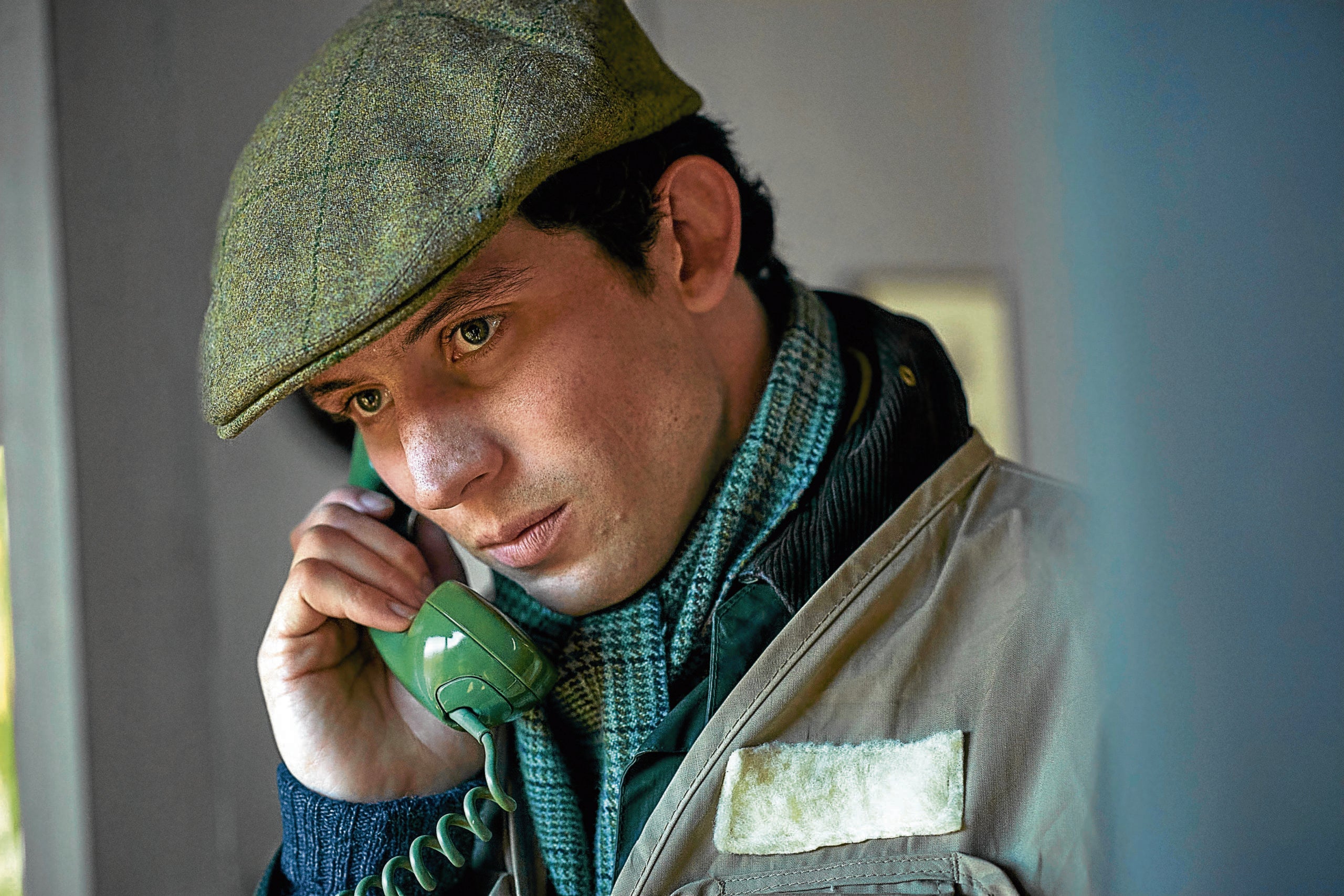 Can you talk about your bent shoulders? What does that say about Charles?

JO: For me it was a case of trying to understand the complexity of this young man’s life. This is more explored in Season 3 but I think it hangs over in Season 4. The idea that every aspect of his life is shared with an entire nation, an entire Commonwealth. He’s waiting for his mother to die for his life to take meaning… He’s in purgatory his whole life so it’s this horrible position. There’s the weight of that and there’s also the weight of the fact that he’s not able to marry the woman he loves… there’s a lot of pain there. In terms of the shoulders, that was just like, more weight, more weight. By the end of the show, I could have been like that (stoops over) but I didn’t want to go too far. It was all about responsibility and pressure and all those things.

What to you was the most tragic element about your character?

EC: I suppose the sense of isolation and loneliness. I found that incredibly acute when we were filming Episode 3 where she leaves her flat and embarks on what she thinks is going to be the happiest journey of her life. I live with four of my best friends and I can’t imagine leaving and entering a world where I wouldn’t really see them again in the same way. She’s basically forced to grow up and assume a role that I don’t think she’s really ready for particularly. Seeing her lack of support and isolation really touched me. I became very interested in this fine line that she has within her of this vulnerability and her strength. I think you see her become very vulnerable but at the same time there is the strength within her and I think that will come with even more power in the later episodes.

What was your favorite scene to shoot together?

EC: Maybe the dancing scene. We had to do a dance in Australia and that was fun.

JO: I am rubbish at dancing and the fun in that was that poor Emma had to sort of drag me around, and I’m meant to be dragging her around. And they kept saying, “Josh, stop.” I kept going, “Dun nun, dun nun,” like singing it. They’re like, “Josh, stop singing it. Just dance.”

JO: I was rubbish.

Both of you had really powerful scenes with Olivia Colman and Tobias Menzies this season. What’s it like working with them?

EC: So brilliant. Both have very different ways of getting into scenes. It’s like a master class in acting. And they’re both so brilliant as well off screen. They’re lovely, lovely people. It was really fun. A very pinch-me moment.

JO: For me, particularly with Tobias because I’ve had a bit of time with Olivia last season and I had worked with Olivia before and have since actually, but with Tobias, I’ve loved Tobias for a long time. I remember seeing him on stage when I left drama school and I’m kind of a big fan. We got one scene together but it was such a treat. I think Tobias and I were like, give us something, let’s check in on those characters, and to have that in Episode 1 was such an important moment for both of us. I loved it. I don’t say anything in that scene and I just watched him do his amazing thing, really. 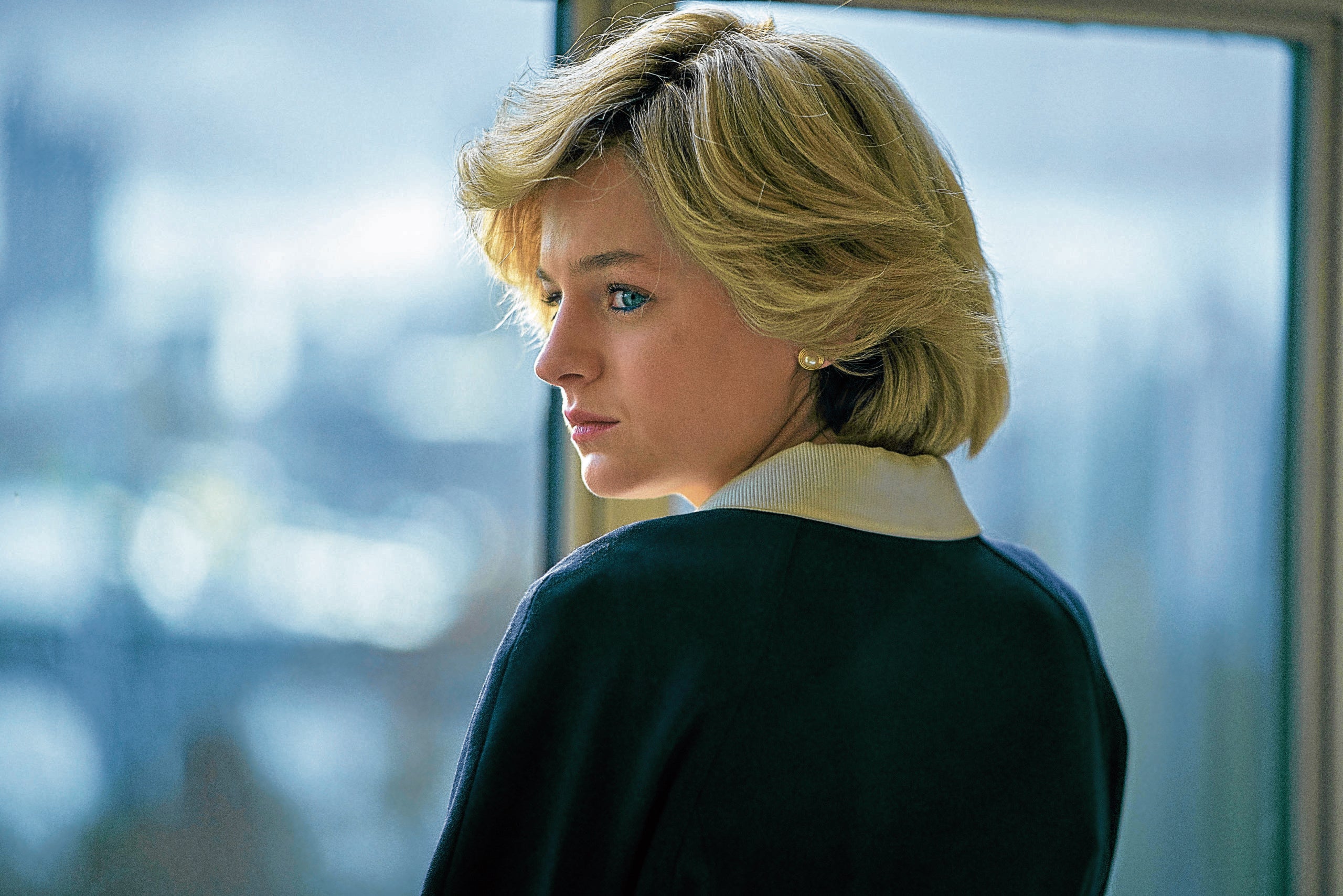 Did you find any similarities between Princess Diana and yourself?

EC: I would say I’m a people person. I come alive most when I’m around other people. I’m not very good at being by myself. I think that she was similar in that way.

What was it like shooting the scene where Diana is roller-skating in Buckingham Palace?

EC: That’s from Episode 3 where Diana’s basically stuck in the Palace on her own. She’s waiting to be married and Charles goes off on a tour and she’s left alone and she doesn’t really know what’s going on. She expected there to be warmth and people to be around her but she’s left to her own devices. I think Ben (Caron, director) really wanted to communicate the sense of her youth but within this kind of very austere institution, this austere environment. And I think her roller-skating with those trousers on with her music through the palace just captures that. She was bored and she’s just doing what she does but in this very different environment.

Was that scene fun for you?

EC: It was. I’m so bad at roller-skating so it was really stressful but yeah, it was a lot of fun.