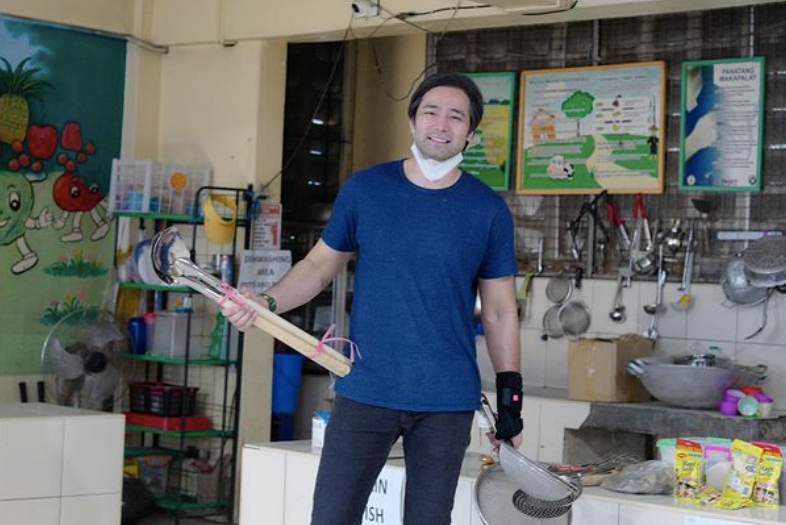 Hayden Kho embarks on feeding 1,000 people daily for a month in Marikina

Since Marikina is one of the places in Luzon most devastated by Typhoon Ulysses through heavy rains and massive flooding, Hayden Kho has pledged to help the community in his own little way.

Kho, representing Belo Beauty, has vowed to extend help to the affected people in Marikina as per his Instagram post on Nov. 21. The celebrity doctor and his team were seen preparing food packs in the evacuation center, as well as distributing relief goods to evacuees.

The doctor also showed images of the ravaged and badly-hit areas in Marikina.

“Our community kitchen in the evacuation center in Sto. Niño Marikina is now fully operational. The goal is to feed at least 1000 people daily for a month, while also sending relief goods to the neighboring areas ravaged by the flood,” he stated.

Although the project is funded by Belo Beauty, Kho acknowledged and thanked other sponsors who sent additional donations in cash or kind.

“They are: @alyanaasistio (our head cook), [email protected], @lingurrutia, @vernenciso, @danibarretto, @myka.sy, @dessertmuseum, @manukahealthph, and various generous donors from my IG (you know who you are! Thank you!)” he said. “May God honor your contributions to help our fellowmen.”

The death toll from Typhoon Ulysses has reached 73, as of Nov. 17, according to the National Disaster Risk Reduction and Management Council. JB