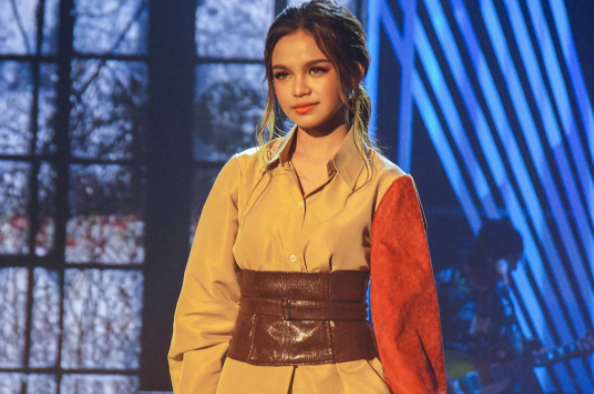 For years now, “Idol Philipines” grand prize winner Zephanie has been dreaming of becoming a song interpreter in a major singing competition. She was finally able to fulfill this dream in the 11th edition of “Himig Handog” this year.

Zephanie is giving vocal life to “Tinadhana Sa ‘Yo,” composed by SJ Gandia and one of the 12 official entries in this year’s competition.

(Actually, ever since I became part of the industry, when I was starting my career started, it’s been my dream to join or be a song interpreter for ‘Himig.’)

The young singer, upon learning that she will indeed be interpreting a “Himig Handog” song, was therefore ecstatic.

Zephanie instantly loved the song she will be interpreting, even when she first heard just a simple piano version.

“Naging sobrang excited ako na ma-record ‘to, makasama siya sa journey ko dito sa industry na ito,” she said. (I became super excited to record this song and to have it be a part of my journey in this industry.)

Composer Gandia explained that it was on the eleventh hour that she submitted her composition. Her previous entry was in 2018, when she composed “Tinatapos Ko Na” for Jona.

(I think a few days before ‘Himig,’ about a week earlier, I said I felt that I needed to write something. What if I join? So, I sent a message to ‘Himig,’ asking them when the deadline would be.)

Gandia then sat down and thought of something to write that everyone can relate to. She ended up with a song that would capture both young and old audiences, she explained, since the song can also be about falling in love with your friend who is destined for you, or perhaps a crush.

WATCH: Maris Racal releases new song ‘Not For Me’ on 23rd birthday