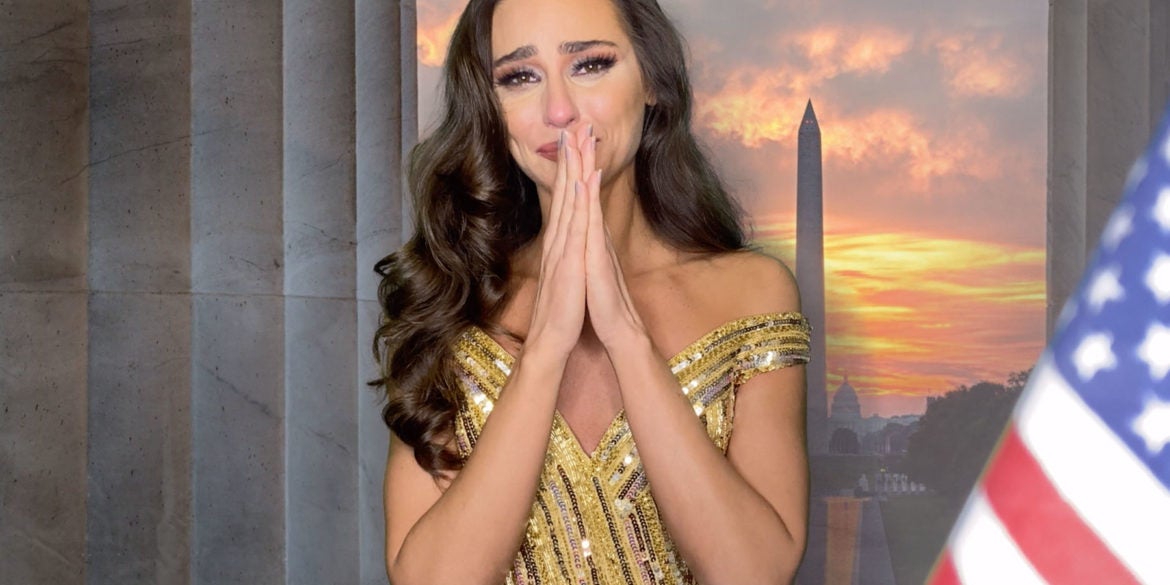 In the virtual competition released on Nov. 29, Coffey bested 83 other aspirants for the crown, after more than two months of preliminary competitions, auxiliary contests, and online discussions. She is the first woman from the United States to win the crown.

Hailed Miss Earth-Air was Stephany Zreik of Venezuela, while the Miss Earth-Fire crown went to Michala Rubinstein of Denmark.

Lorraine Schuck, executive vice president of Philippine-based organizer Carousel Productions, told the Inquirer in an earlier interview that her team decided to push through with a virtual competition to adapt to the new normal brought about by the pandemic.

Last year’s winner, Puerto Rican psychology graduate Nellys Pimentel, told the Inquirer in an earlier interview that “holding a virtual pageant has been one of the forms of adaptation to the new normal, just like school, jobs, and other activities have become remote.”

She was the first woman from the Caribbean to bag the title.

The Philippine-based Miss Earth pageant is the only prestigious international beauty contest to push through this year.

The Miss International and Miss World pageants had earlier announced that postponement of their competitions to 2021.

The Miss Universe pageant has yet to officially declare the postponement of its 2020 edition. But with just a little over a month before the year ends, pageant followers are speculating a 2021 schedule for the global contest.