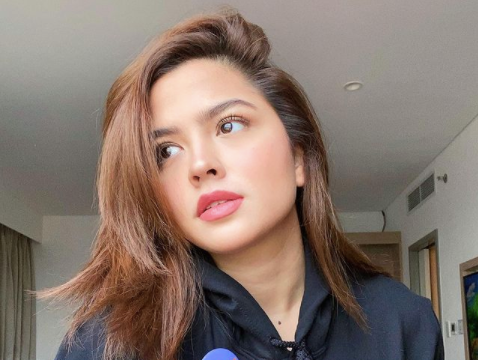 For Alexa Ilacad, playing Bobbie in “Four Sisters Before the Wedding” needed guidance because she is reprising an iconic role once played by Bea Alonzo in the 2013 hit “Four Sisters and a Wedding.”

“We are quite different from the Bobbie (Bea Alonzo), Teddie (Toni Gonzaga), Alex (Angel Locsin) and Gabbie (Shaina Magdayao) that you saw in ‘Four Sisters And A Wedding,’” Ilacad explained during the movie’s recently held online press conference. “We were not necessarily trying [to] copy from them but of course we have the essence of the character and their personalities.”

Ilacad got all the help she needed in portraying Bobbie, particularly the guidance of their director, who she thanked for all the reminders and for being “the light of this film.”

“Personally, for me, of course the script-reading really helped, all the zoom fittings, they were all essential kahit paulit-ulit (even if it was repetitive), I realized that they were all needed. But Bobbie here is quite different from Miss Bea’s Bobbie because she’s younger,” she explained.

(Since day one, when we all met in the hotel, we already bonded even if it was brief. While we got to know each other and no matter how tired we all were, we discovered that we all love to dance. We all love to play music to enliven us. We had food trips while resting, we shared food.)

And what does she love about her screen partner Joao Constancia?

(I love working with Joao because he is such a gentlemen, not only at me but to Cacai, Cai and director Mae. He’s sweet and caring and very genuine, nothing fake.)

Ilacad says Constancia’s gentlemanly gestures are very flattering for a girl like her. But more than that, she loves the actor’s focus on his work.

“He knows how to have fun with the ladies also. So, perfect balance.”

“Four Sisters And A Wedding” will start streaming worldwide on Dec. 11. It can be viewed via KTX (ktx.ph), iWantTFC (iwanttfc.com), TFC IPTV, Cignal PPV (my.cignal.tv) and Sky Cable pay-per-view (mysky.com.ph), under the distribution of CineXpress. JB

WATCH: ‘Four Sisters Before the Wedding’ deals with parents’ marriage in trailer