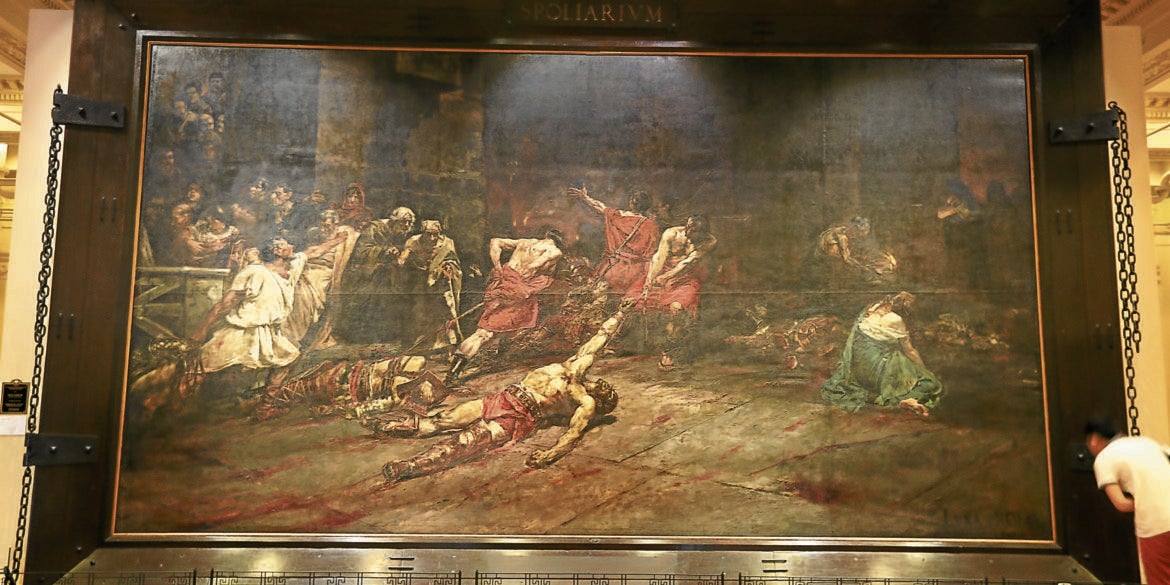 (With this series, Lifestyle seeks to shed light on the history, meaning and legacy of the country’s many cultural treasures)

One of the best-known paintings in the country, Juan Luna’s “Spoliarium” brought historical triumph not just to Luna but also to the Philippines in 1884, when it bested Spanish artists and won a first-class medal in the Madrid Exposition of Fine Arts. “Spoliarium” was the name given to the Roman Colosseum basement where fallen gladiators were thrown in after combat, which is depicted in the life-sized piece. Currently on display in the National Museum of Fine Arts, the 4.22 x 7.675-meter oil on canvas is considered the largest painting in the country.

It illustrates two dead gladiators being dragged by Romans at the center. On the left, scavengers eye the dead men’s possessions while a Roman beside them raises a fist in protest. A woman mourns a loved one on the right side while an old man searches for a body amid the smoky haze. The depiction of Roman cruelty in the painting has been interpreted as an allegory for the state of the Philippines under Spanish rule.

It inspired the title of rock band Eraserheads’ 1997 hit song “Spoliarium,” which has been connected by many to the Pepsi Paloma rape controversy. The National Museum’s 360-virtual tour, which includes the “Spoliarium,” was launched in October and is still ongoing. —Arianne Suarez, Inquirer Research