Grae Fernandez wants to focus on his craft, not his love team with Kira Balinger | Inquirer Lifestyle ❮ ❯ 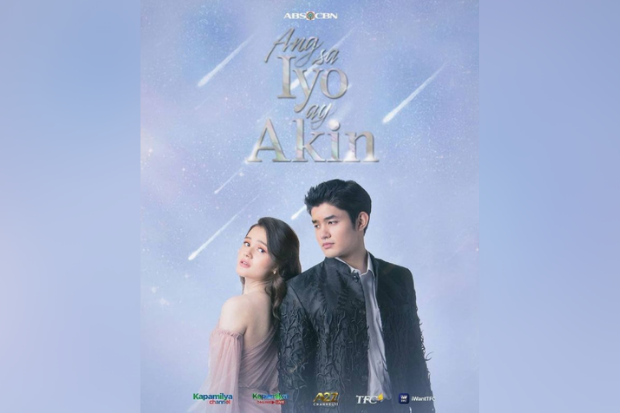 Grae Fernandez wants to focus on his craft, not his love team with Kira Balinger

Young actor Grae Fernandez, it seems, is not about ready to bring his onscreen tandem with Kira Balinger to the next level.

While Balinger admitted in a recent interview that she gets kilig (giddy) in some of their scenes in “Ang Sa Iyo Ay Akin,” Mark Anthony Fernandez’s son wants to focus on his Jake character in the series.

Balinger plays Hope Villarosa, the daughter of the characters of Iza Calzado and Sam Milby in the said teleserye broadcast at the Kapamilya Channel. Fernandez plays Jake, her love interest, in the series.

“Ako naman po, gusto ko talaga to focus on the craft of acting and making a story na magugustuhan ng mga tao,” he mused during the online conference of their show’s Book 2 on Tuesday, Dec. 1.

(For me, I want to focus on my craft of acting and in making a story that the people will like.)

While some cast members were urging him to talk with Balinger and make himself comfortable with her, Fernandez thinks he has done his share in making himself close enough to her.

Their level of comfortability, Fernandez stressed, can be gleaned from the way they act out romantic scenes.

“Kahit ano ang gawin ko (Whatever I do), I can trust her to let me be an actor and be a good actor around her,” he explained.

(When I put my arm around her, or when we hug, there’s no awkwardness, there’s no fuss. The sense that she’s comfortable with those things, as if it’s nothing, she’s super cool in that aspect.)

Fernandez is grateful that he was given a role in the series. It was something he didn’t see coming.

(I’m very happy with what happened in this show. I thought, actually, I didn’t expect that I would have a show this year because of the pandemic and then comes this show which has a very good story.)

He’s more than happy that their love team is well-accepted by fans.

“Me and Kira, we’re doing our best to give the best quality we can give to the characters. We’re very thankful na naa-appreciate ang characters namin (that our characters are appreciated),” he said.

He appreciates their fans who follow their TV characters and get affected in the process.

(It’s very heartwarming that they like the lives of our characters. That is to say, they are affected by our characters in a deeper way. I noticed that when something bad happens to my character or to Kira’s, they get affected.) NVG