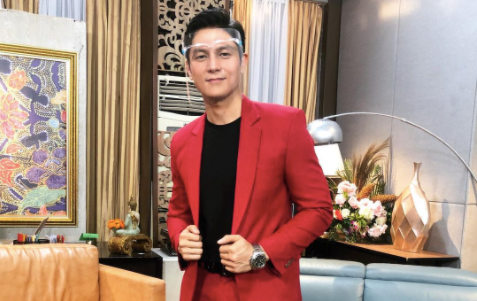 Coming from an international crime series project “The Bridge,” Joseph Marco feels he has enough experiences under his belt now for playing Avel, the bodyguard of Jodi Sta. Maria’s character Marissa Pineda in the series “Ang Sa Iyo ay Akin.”

The one thing he learned while taping for the series “The Bridge” in Malaysia, he said, is discipline, which he found useful.

“Talagang pinaghandaan ko siya (I really prepared for it). You know, the pressure that you get, you use that as a fuel to be the best version of yourself,” he said during the online press conference for book two of Kapamilya Channel’s “Ang Sa Iyo ay Akin” on Dec. 1.

(I saw how they do films, TV series, it’s all about team work, really. The way they did it, they really collaborated. They are really open to suggestions. It’s inspiring.)

“When I see something na effective, I apply it. So, ‘yung mga bagay na natutunan ko abroad (So, those things I learned from abroad), I apply it especially here,” Marco said. “It’s been almost parang eight months din since last akong umarte in front of the camera and lahat ng natutunan ko doon, ito ‘yung show na napag-apply-an ko.”

(It’s been almost like eight months since I last acted in front of the camera and all the things I’ve learned there, I apply in this [series].)

But Marco swears he’s got a very different character in his latest series, with a different backstory.

As his character Avel is deemed as someone whom Jodi’s character will use to exact revenge on Ellice (Iza Calzado), Marco was asked if revenge is a good thing.

(Not really because you know, if you keep on feeding your mind [with thoughts of] revenge, you will just poison it. You get affected so you become negative, your life becomes hard, to the point that when you get your revenge, it turns out to be not satisfying.) JB

Gabbi Garcia, Khalil Ramos to star in first teleserye together