How to KonMari a 4-year-old’s bedroom | Inquirer Lifestyle ❮ ❯ 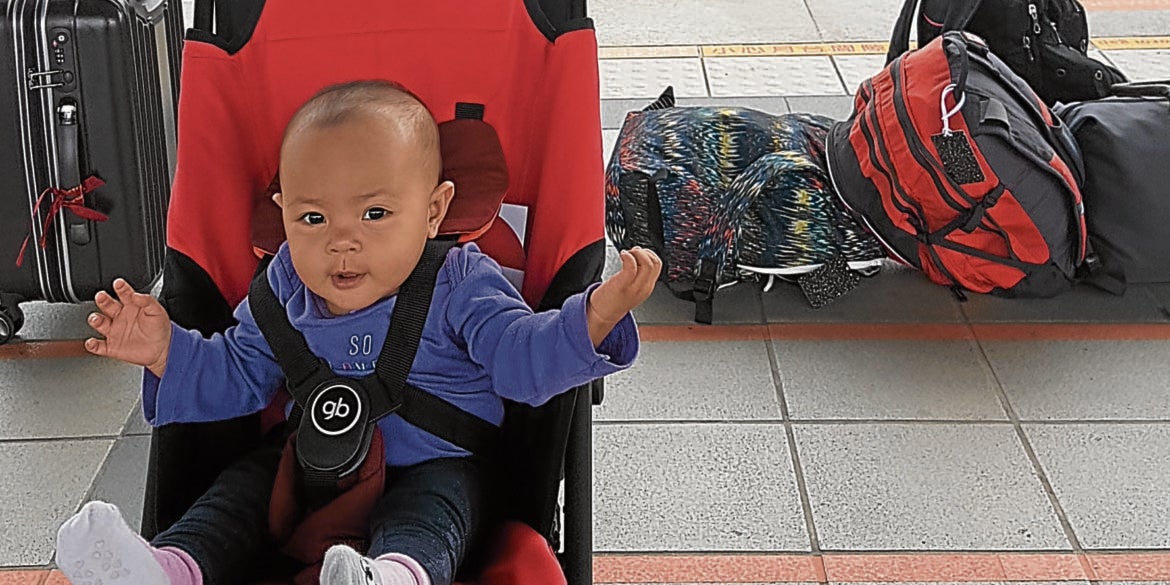 One of our best buys: The foldable stroller that we took everywhere

How to KonMari a 4-year-old’s bedroom

At 4 years old, my daughter has a bedroom that has become a nightmare worthy of an HGTV show makeover episode. Stuffed toys are packed in garbage bags, old clothes inside plastic containers and other stuff occupying her bathroom.

We are in the process of KonMari-ing her bedroom, a task made more difficult because she wants to keep every piece that you want to set aside for charity, reasoning that she’s “going to miss them because they are so cute.” Sometimes, she cries and tells you that she wants to save this and that for when she has her own baby (she’s in the “I want to be mommy” phase).

But there are also items that we willingly gave up without a fight, because they either no longer sparked joy, or we hardly used them at all. When you’re the first among your peers to become a mom, there’s no one to ask what’s essential and what’s not, so you just bought stuff you thought you needed.

For example, I once bought a five-piece egg-shaped crayon for over P1,000. They were marketed as perfect for toddlers. But my daughter didn’t even bother with them and went straight for the jumbo ones that cost only P150. I’m not saying to not buy them. Some families might find them helpful for their child’s motor skills. But if you’re unsure, go for the cheaper option first that your child can use later on.

I also bought several boxes of high-end milk bottles and teats. We ended up using only two because I breastfed her until she was 4. The bottles were only used when I was at work.

Breastfeeding also lessens necessities. We never needed a bottle warmer or storage for powdered milk. The brush we bought to clean milk bottles lasted until she got old enough to eat solid food.

We also never needed blenders to mash up her food because we went for baby-led weaning. This is the practice of giving soft finger foods to the baby and letting her eat it with her hands. It is said to help with speech development and motor skills. I can’t say for sure it was because of it, but our daughter could say at least 45 words when she turned 1, advanced for her age. Strollers are also not a priority because we’re not going anywhere. We used two. The first one could be converted into a pram. It was when she couldn’t sit without support. But to be honest, it was used more for carrying heavy baby bags. The other stroller that we used extensively was the foldable one that could be hand-carried onto the airplane. It still is our best buy.

I found the baby carrier more useful than our first stroller. Babies prefer the warmth of their parents over soft pillows and beds on wheels. I used my baby carrier not only when we went out, but also inside the house.

Because of it, I was able to cook and do other tasks in peace.

A La-Z-Boy was a dream chair that I couldn’t afford. I posted about it once and a mom of two suggested a rocking chair instead. It was a lifesaver. I was able to sleep and get some rest with a sleeping baby on my chest.

The most expensive phase of taking care of a baby is when they are newborn. Our tiny child needed the smallest mittens and hat. And she used at least three pairs in a day. We bought plenty because it was needed to keep her warm. It was immediately handed down to the next baby in the family.

We also hoarded baby wraps which we did not regret buying because it kept our baby warm and contented, allowing us to sleep for at least three hours each night. Before she potty trained, we exclusively used cloth diapers except when traveling abroad, so we never really needed disposable ones.

My advice to other moms: before checking out the items in your baby cart, ask yourself first how you want to raise your child. Otherwise, her things will end up consuming every available space in your nursery.