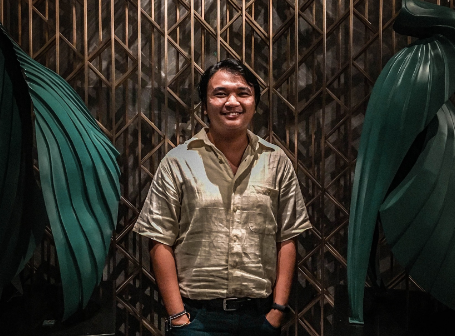 MANILA, Philippines — A member of INQUIRER.net’s technical support will have his works featured in the 41st  edition of Ani, the Cultural Center of the Philippines’ (CCP) official literary journal.

Jett Gomez’s works were chosen out of the thousands of submissions, and will soon be included in the upcoming journal to be published digitally.

Among Gomez’s works to be included is the poem “Biyaheng Pauwi.” Below is a stanza:

In an interview with INQUIRER.net, Gomez said that he was inspired by his travels in Baguio, Quezon province at Zamboanga for his works.

He also looks up to Chuckberry Pascual, Charles Bukowski, Lualhati Bautista,  RM Topacio-Aplaon and Ricky Lee as his literary heroes.

And aside from writing literary works, Gomez also wishes to also dip his hands into making a short film.