Out of work, they party | Lifestyle.INQ ❮ ❯ 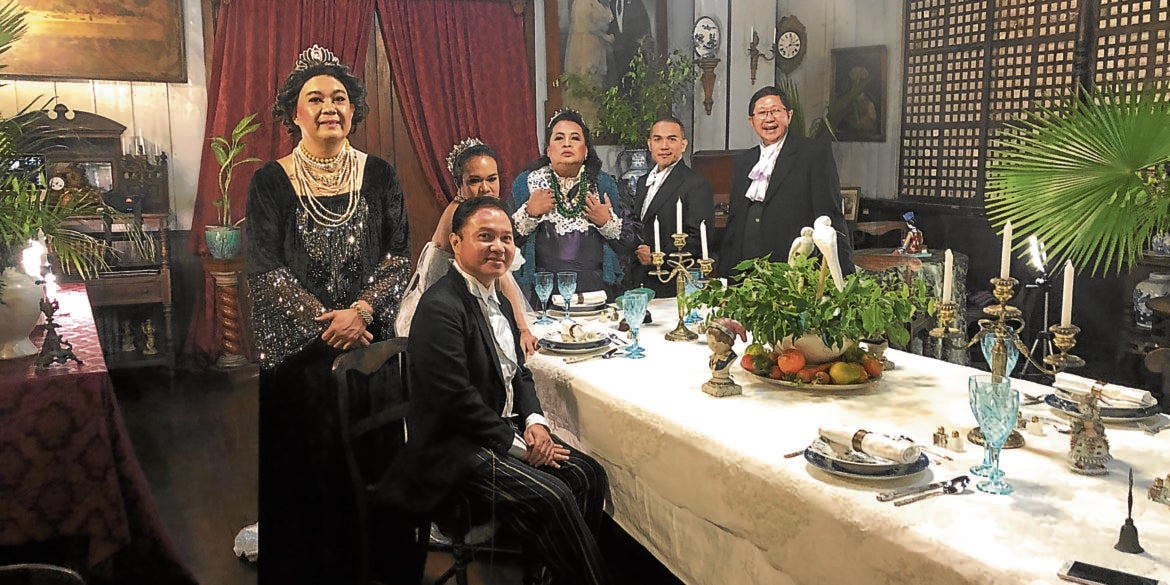 Out of work, they party

What do workers from the live entertainment industry do when they are jobless? They party!

As live entertainment and tourism are some of the hardest-hit businesses in this pandemic, entrepreneur Lito Perez has developed a “creative” coping mechanism.

Perez, a designer and owner of Camp Suki, the country’s pioneer costume rental company, and proprietor of Villa Tortuga, a heritage home in Batangas, is organizing small lunches or dinners with a colonial ambience in Taal.

Before the pandemic, Camp Suki provided period costumes for special events in schools, companies and individuals, fashion and theater productions. In the past nine months, the rentals have been sporadic, since most events have migrated online.

His other business, Villa Tortuga, a 150-year-old house in Taal, has been closed. Villa Tortuga was known for its day-tour package which consisted of sightseeing historical spots, a pictorial in colonial Filipiniana costumes and a lunch of Taaleño cuisine.

Villa Tortuga was doing brisk business until the Taal Volcano eruption covered the town in ashfall in January. Taal was shut down for nearly a month while the volcano alert level was high. When life started to normalize, the pandemic upended the recovery of Perez’s business.

In September, Perez decided to bring life to the ancestral house by celebrating his birthday. “Instead of merely serving dinner, I thought it would be more fun if we had a costume party,” he recalls. It was an overnight affair at Villa Tortuga with a thematic dinner and lunch. Perez drew inspiration from the British drama series “Downton Abbey,” which was set in the early 20th century. The show presented aristocrats who dressed up for every meal at home.

Playing safe, Perez limited his guest list to five. They all had something in common: “Our careers were stalled, since they were related either to special events or being in front of people,” he says.

“The purpose was to cheer ourselves up, since there wasn’t anything happening,” says Perez. “I brought the costumes from Camp Suki, since the costumes in Villa Tortuga are Filipiniana.”

For 24 hours, Perez and his guests lived in a fantasy world. At dinner, they looked dandy in tuxedos and gowns. A local chef prepared a hearty dinner of roast beef, cabbage rolls, squash soup, croquettes and side vegetables. Since there were no Western-style bakeries in Taal, Perez’s cake was brought from Manila.

During lunch, the visitors dressed up in white as if they were having a summer tea party at Downton Abbey. When the guests posted Perez’s party on social media, his friends complained about not being invited.

“I could accommodate less than 20, following the safety protocols. I was testing the waters,” he says.

Last Halloween, Perez threw a Victorian Gothic party and dressed up the guests as characters from horror movies. Perez channeled Sherlock Holmes. His core group who attended his birthday wore clothes from Camp Suki: Austria as the pharaoh’s mistress from “The Mummy,” De Leon as Dr. Jekyll/Mr. Hyde, Batoon as Dorian Gray, Reyes as the evil Fu Manchu and Huliganga as Esmeralda from “The Hunchback of Notre Dame.”

The dim hall made a romantic but creepy setting. LED candles from Divisoria, wrapped in cardboard, floated in the air. Gnarled tree branches were likewise lit up by tea lights. The dining room, filled with trompe l’oeil décor, was covered with burgundy curtains. Perez draped the dining table with moss green fabric and littered it with old books and candelabras. “It reminded me of Dr. Frankenstein’s worktable,” he says.

Each guest was received by a rubber snake coiling from their plate before dinner was served. A mobile disco system provided lights and a fog machine for special effects. Local talents performed excerpts from “Phantom of the Opera.”

Annabelle Agoncillo, finalist in the contest “Taal’s Got Talent,” sang Christine’s songs. “She is the daughter of our cook who prepared the meals for Villa Tortuga’s special events. She would sing kundiman. This time, I challenged her to try Broadway songs,” says Perez.

Vince Conrad, a tenor from Lipa City, played the Phantom.

“We nixed the idea of doing karaoke, since passing the microphone might not be safe,” Perez says.

The guests booked themselves at Paradores del Castillo and Villa Severino. The luncheon the following day paid homage to “Casablanca,” a film set in World War II. Evoking a scene from the movie, the signage of Rick’s Moroccan club was displayed in the dining room. Some guests were dressed as German officers, while Sandico wore a hat like Ingrid Bergman. As they dined, the movie was being played.

Perez is planning to hold yet another intimate costume party in January.

The success of these events gave Perez an idea to do business again. He says Villa Tortuga can accommodate a private party for a maximum of 20 (tel. 0927-9751683). The package would include sanitized costumes—if people are brave enough to wear them—dinner or lunch and a mini-show.

“Having fun doesn’t need to be expensive. Against the odds, I pushed through with my birthday and Halloween parties. The photos looked fabulous even if we were on a budget. You can practice safety measures and still have fun,” he says. —CONTRIBUTED