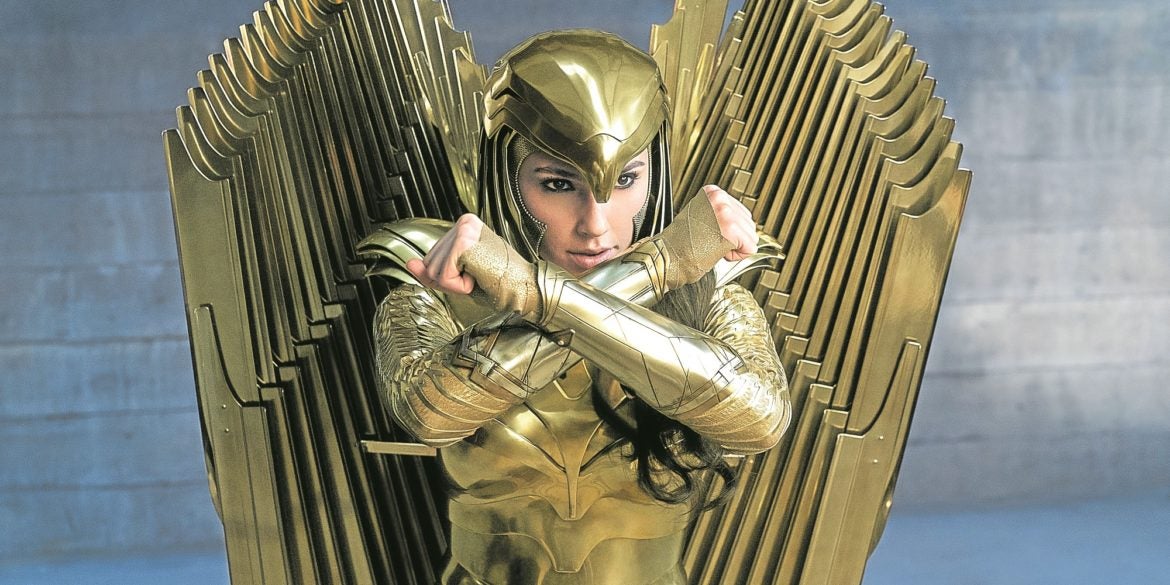 Wonder Woman in her armor

Zack Snyder’s “Batman v Superman: Dawn of Justice” may have introduced Gal Gadot’s Wonder Woman to the mainstream audience and the DC Extended Universe (DCEU), but it was Patty Jenkins’ “Wonder Woman” that defined her for post-Lynda Carter audiences. It turned her into a new icon, one with her own theme by Hans Zimmer. “Wonder Woman” was the origin, set during World War I, with a hero unaware of the full extent of her powers.

What happens between “Wonder Woman” and “Batman v Superman” is what Jenkins’ “Wonder Woman 1984” is about. As the title suggests, the film is set in the Day-Glo era of the 1980s, but aside from a few sight gags, that’s inconsequential. The important thing is that the public is still unaware of Wonder Woman’s existence. All of her former comrades are dead, and a lonely Diana Prince works at a museum where she discovers a mysterious stone that grants the deepest desires, a stone that businessman Max Lord (Pedro Pascal) also seeks. The stone inevitably wreaks havoc, bringing Diana into conflict with colleague Barbara Minerva (a stunningly effective Kristen Wiig) who transforms into her classic nemesis the Cheetah but also brings back the dead Steve Trevor (the underused Chris Pine). One can assume there could be more Wonder Woman movies after this, because there is a lot of time between 1984 and 2016, when “Batman v Superman” is set.

Jenkins is in full control here, putting a confident Gadot through her paces. “Wonder Woman 1984” is a love letter to long-time Wonder Woman fans, and includes the invisible jet. Unlike the first movie, this one has good villains. It suffers from an overly long runtime and a muddled third act, but “Wonder Woman 1984” brings to the live-action screen everything readers—and now viewers—have long loved about the character. It is an on-screen wonder, further fleshing out the character’s live-action history. The action scenes are top-notch, especially the duel between Cheetah and Wonder Woman (it should be as it was, after all, choreographed by Cirque de Soleil). The movie is at its best when Gadot is set free, flying and reveling in being Wonder Woman. It is a bright and sharp blade of a movie, much like the more successful installments of the DCEU (“Aquaman” and “Shazam!”), a contrast to the drearier Snyder movies.” Jenkins’ vision, the great casting, and the powerful performance by Gadot make “Wonder Woman 1984” the best DCEU movie yet. Warner Bros.’ “Wonder Woman 1984” opens in Philippine cinemas in early 2021.