Why Elisse Joson reads her horoscopes a day after | Lifestyle.INQ ❮ ❯ 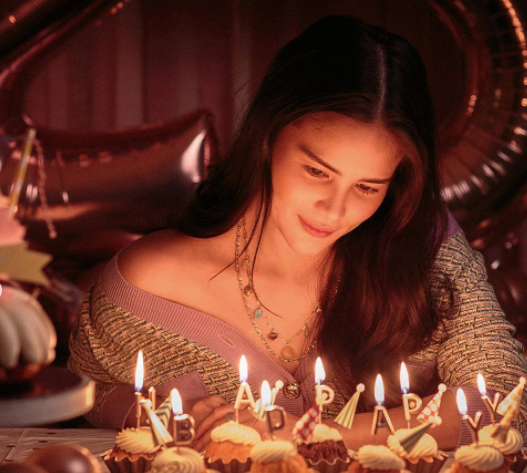 Why Elisse Joson reads her horoscopes a day after

Actress Elisse Joson is amused whenever she reads her horoscopes, but what’s even more amusing is how and when she reads them.

No, she does not rely on what horoscopes say. She does not take it seriously. In fact, she reads it only a day after so it would not affect her.

(It has happened in the past, when we talked about horoscopes. We would compare if it is true, the compatibilities.)

“Natutuwa akong basahin yung mga horoscopes pero I don’t want to depend on it,” she said. (I am amused when reading horoscopes but I don’t depend on them.)

(It’s fun reading it. Like I said, it’s just for fun. It’s not like you follow it, like, “The horoscope said we will not get along, let’s not try anymore.” It has not reached that level.)

Joson, who just turned 25 on Jan. 6, happens to be a Capricorn. She recently shared her birthday salubong moment via her Instagram page.

In “Horrorscope”, meanwhile, she plays the character of Clarissa who has newly moved from a different town. She is mysterious since no one knows where she came from and no one knows her background.

“This is set in 1943, Japanese era. Ang set-up ay makaluma. ‘Yung character ko ay masasapian ng demonyo. Ang tanong is kung bakit at kung paano,” she narrated. (The set-up is based on old times. My character was possessed by a demon. The question is why and how.)

Since she is not someone to shy away from the challenge of portraying a character that is new to her, Joson readily accepted this role.

(Every time I receive a script with a very challenging character, it gives me the drive to actually do it. That is one of the reasons why I accepted it. This is one character I have not done yet.)

Joson is also not bothered by the lock-in taping as she has already done a project during the pandemic. She also commended the production team for their orderly and strict manner of implementing safety protocols for COVID-19.