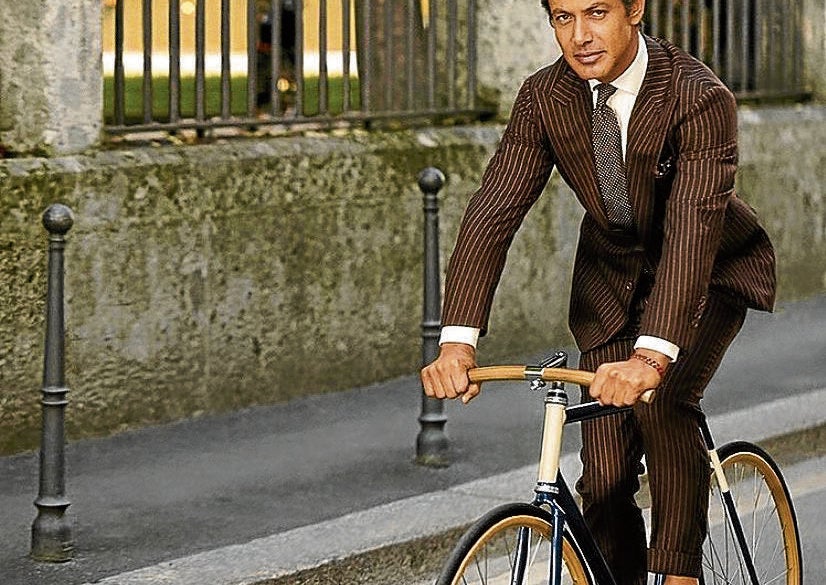 Like custom suit, bespoke bicycle is last word in comfort and style

It is one-of-a-kind, made to fit your individual body measurements and riding style like a glove

Local bicycle culture has experienced a boom of late, thanks to the explosion of cycling for transport—one of the unintended consequences of the current pandemic.

Now it has become a daily necessity for many Filipinos—ironically one of the safest ways of getting around if done correctly.

The demand for bicycles has never been greater, and the local industry has been scrambling to fill it, specially with disruptions in the global supply chain.

The bulk of this is made up of cheap, practical rides. But even the high-end—lightweight, specialized machines costing tens of thousands of pesos—is experiencing a boom.

And for the rider of means and taste, custom is the way to go.

Just as most of us are content with RTW fast-fashion, most cyclists are willing to settle for off-the-rack bikes. But for those who want something special—a fixed-gear bike with plenty of clearance for off-road tires, a small-wheel cargo bike with provisions for carrier racks, a tandem built for two, something lighter and more elegant than the usual—only a custom-built frame will do.

Like a bespoke suit from a reputable tailor or a handmade pair of oxfords from a master cobbler, a bespoke bicycle is the last word in comfort and style for the discerning cyclist.

A custom frame is one-of-a-kind, made to fit your individual body measurements and riding style like a glove.

In the Philippines, any cycling enthusiast whose riding journey has evolved far enough to want one will sooner or later find himself at Ave Maldea’s door.

Since the mid-1980s, the master frame builder has been creating rolling works of art out of high-tensile and chrome molybdenum steel tubes from his Cainta workshop.

The first I heard about Maldea was from a longtime bicycle aficionado, a connoisseur of fine Italian and Japanese racing machines who nevertheless had several Maldea frames in his stable, and more in progress.

“His craftsmanship is second to none,” he said.

To be sure, you can count the number of local frame builders with the fingers of one hand, but I soon discovered why Maldea in particular inspired such loyalty.

A former seaman and diesel mechanic, Maldea was drawn to bicycle frame building because he was an avid cyclist himself. He had served an apprenticeship with a known frame builder for a few years, then began a period of rigorous self-study of the arcane art of bicycle frame building, before going all in and starting his own workshop out of his tool shed.

Old-school frame builders used to weld the tubes by hand, relying more or less on “sipat,” an eyeball approximation of tube lengths and angles.

Maldea insisted on doing it the right way. He invested in a Henry James frame building jig, an expensive piece of machinery that held the bicycle tubes in precise alignment during welding, resulting in superbly constructed frames.

He was also fastidious about the tedious preparatory steps of mitering the tubes and shaping the ends with hand files and sandpaper so they would mate perfectly.

Maldea is an artist with an acetylene torch, controlling the heat precisely so the welds would hold without weakening the tubes.

Beyond his skills, Maldea also has an old-school artisan’s pride in his craftsmanship, and it is this that sets his frames apart.

Once known to only a handful of hardcore bicycle riders, Maldea suddenly found his services in high demand during the cycling boom of the early 2000s. Driven largely by the mania for fixed-gear bicycles, which had yet to become mainstream, the frame builder was soon deluged with orders.

By 2010 he had expanded his workshop and taken on three apprentices to meet the demand. He has also expanded his repertoire to keep up with cycling trends. Ten years ago it was all about fixed-gear frames and road racers. Now an increasingly sophisticated clientele is demanding cyclocross frames, “gravel” bikes for off-road use, heavy-duty touring frames, various mountain machines with different wheel sizes.

With the pandemic, and the consequent increase in the demand for bicycles, orders have surged, such that Maldea has accumulated a considerable backlog, and has called a temporary moratorium on new commissions until he can make a significant dent in his backlog.

“The demand has increased but it’s hard to get the raw materials,” Maldea explained in a telephone conversation. The Italian and Japanese factories that make chrome molybdenum tubes have yet to resume full production, and many of the local machine shops that he relies on to make various fittings have shut down, resulting in longer waiting times. Where once he could turn around a custom build in a couple of weeks, now it takes several months, much of it spent waiting for raw materials to arrive.

For Maldea fans (and they are legion, with their own Facebook page) the results are well worth the wait.