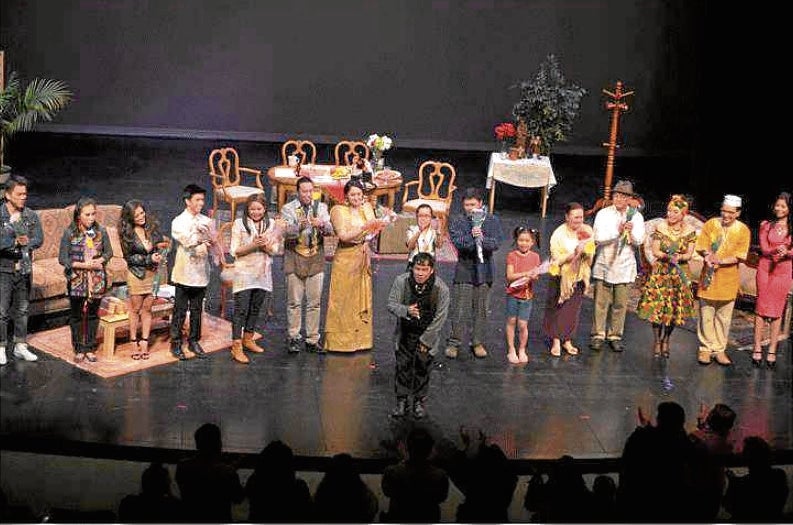 Bienvenido Noriega Jr.: ‘The best playwright we ever produced’

Solitude and exile are recurring themes in the plays of the prolific playwright, nominated for the Order of the National Artist

In 1995, Ateneo de Manila University posthumously conferred upon Noriega its prestigious Tanglaw ng Lahi Award, which noted: “The significance of Noriega’s achievement in Theater and Film will be impoverished unless it is put in place with his career in banking and government service. Here one does not find the simple case of competition between work and service or between two careers or even loves. Noriega was expert in his two occupations—as writer and technocrat, and he managed to put them together in his person.”In this piece, however, we are concerned with Noriega the artist rather than Noriega the economist.

Solitude and exile, being displaced, are recurring themes in the work of this dramatist, often with a dose of tongue-in-cheek humor. “Bayan-Bayanan” is set in Geneva, Switzerland, where Noriega was once based. The cast of characters are Philippine Embassy staffers, government employees and other Filipino travelers. There, working or stranded in a country vastly different from their own, with its bitter cold, they contend with the problems of exiles; and each responds to the challenges posed in his or her own way. In “Ramona Reyes ng Forbes Park,” an irony-laden title, the protagonist is a domestic helper who works in Millionaires’ Row. To escape poverty she decides to go abroad and ends up being a New Heroine, that is to say, a domestic helper again.

Like most of Noriega’s plays, “Takas” was first performed at the Cultural Center of the Philippines (CCP). In the opening scene, the actor (Soliman Cruz), playing a youth apparently washed ashore, surprised everyone in the audience by blurting out his lines in French. It turned out he was supposed to be a runaway Vietnamese boy, and he is befriended by a Pinoy youth who, again ironically, feels out of place in his own country.

In “Batang Pro,” Noriega tackles a controversial theme—child prostitution—with tact and restraint, but shows how poverty can dehumanize children forced into this situation.

From what I remember of the production, “Bongbong at Kris” was a riot, a kind of political fantasy. There was one scene in which the nurse was holding on to an orinola with yellow liquid supposed to be urine, and when the nurse was startled the liquid was splashed on the face of the actor playing former President Marcos. This scene angered the Marcos loyalists in the audience. The funny thing was that some found the play pro-Marcos.

There was even a reconciliation scene between the actresses playing Cory and Imelda; this made the audience applaud. There were reports that Kris was curious and went to see the play. As for Bongbong, he couldn’t see the play because he was in exile in Hawaii along with the rest of his infamous family and their cronies. That was a made-to-order theme found in many of Noriega’s works.Critics and colleagues had only praise for the Noriega oeuvre. In the late 1980s, the late much-loved scholar Doreen Fernandez wrote: “Noriega’s skill is especially evident in the dialogue, which reproduces many different levels of colloquial Filipino (the college girl type, the movie/television gay variants, the almost formal etc.), the editions of code switching and the variation proper to each character. The writer’s ear is true and his comic hand sure.”

From then UP dean Rogelio Sicat: “Without any reservation, I consider [Noriega] as the best Filipino playwright writing today as evidenced by his output, books published, national awards, stagings in prestigious venues (including presentations abroad), and consistent recognition by peers and critics.”In 2005, fictionist-playwright Jose “Butch” Dalisay opined: “He was to my mind the best playwright we ever produced, bar none. His sense of the dramatic tended toward the deep, regretful sadness of foregone happiness and mixed opportunities rather than riotous excess.”

Dalisay was a close friend of Noriega. In fact, a friendly rivalry existed between them in the writing of plays. Dalisay won the opening salvo with a major literary award; but Noriega had the last laugh. For, year after year after that, he won prestigious awards like the Palanca Award and the CCP Playwriting Contest. And so poor Dalisay decided to focus on his short stories and novels, which later would win him much acclaim. And today he is considered (like Noriega) National Artist material.Born in 1952 in Cauayan, Isabela province, Noriega’s first native languages were Ilocano and Ibanag. He brushed up on English with Marvel Comics, and Tagalog with Tagalog komiks. He was only 42 when he died. Five years later came his second posthumous award, the Centennial Honor for the Arts in Theater.

Noriega dominated Philippine theater from the 1970s to the 1990s, although stalwarts like Dalisay, Tony Perez and Malou Jacob were active then (and Jacob still is). Since then, Philippine theater has grown, musicals came to center stage, new organizations have sprung up; and world-class homegrown talents have shown in New York, London and other capitals of the world.

But Noriega’s family, friends, admirers and others he touched with the magic of his pen have not forgotten him. He has been nominated for the Order of the National Artist for Theater by five institutions: Ateneo de Manila, Harvard Kennedy School, UP School of Economics, St. Anthony School (his high school alma mater in Manila); and Alpha Sigma Fraternity.

We rest our case.—CONTRIBUTED INQ