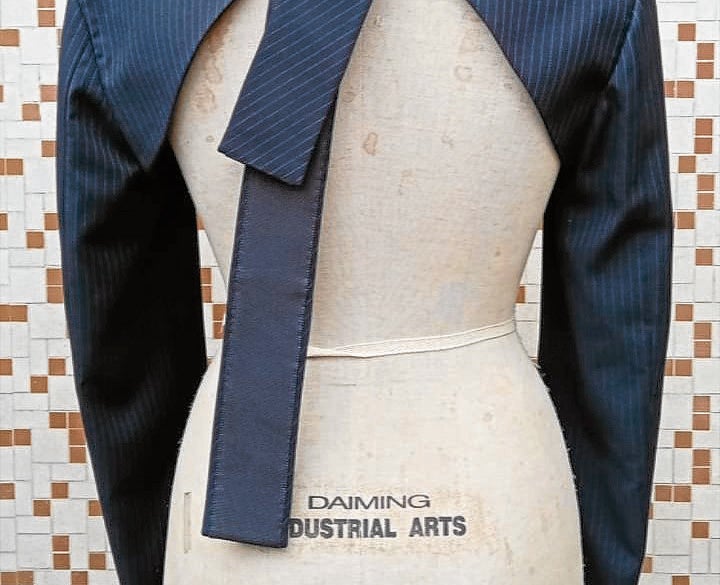 Back side of a cropped jacket

In between wedding projects, the fashion designer has been selling one-off RTW on Instagram

Joey Samson has quietly found a new marketplace and ersatz showroom for his designs: Instagram.

It has been four months since the fashion designer resumed operations in his studio, now relocated in the family compound in Cavite, in his lola’s unoccupied house, but his every movement and decision remain cautious and considered.

In July, he was forced to give up his studio in Makati, where he had entertained clients for nearly 13 years, when he was faced with stringent restrictions from the village. They didn’t make sense for his business.

Nonresidents, his clients, were not allowed to enter, for starters; neither could his workers. At the time, he was starting to get inquiries again from clients, who were either getting married or attending a wedding. Closing shop was a hard but necessary decision.

When he finally resumed work in September, Samson decided to keep the production in Cavite, where he had moved since the lockdown. He had his staff move in.

“I don’t allow my staff to commute,” he told Lifestyle in a phone interview. “Hatid-sundo sila. I don’t want to risk their health. Even my deliveries, I don’t course through a courier; my driver does all of them.”

The resumption of operations in his studio was short-lived, however. By October, there were no orders again. It finally began to pick up by mid-November, still mostly weddings that were moved due to the pandemic and were now pushing through as the lockdown eased. Most orders, to his surprise, were for menswear, either bridegrooms or wedding party. 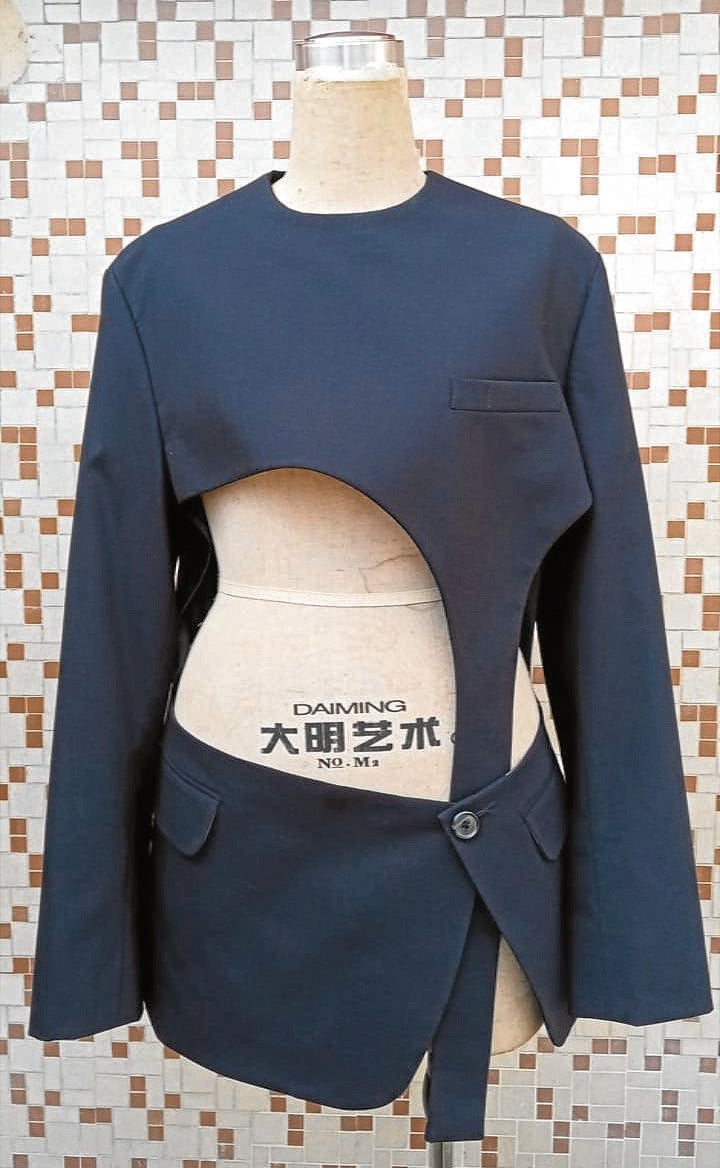 In between, Samson started designing a few off-the-rack pieces. Good thing, he said, that like other designers, he was a “hoarder” of fabrics prepandemic. He started posting new and some archived ready-to-wear pieces on Instagram (Maison Market on @joeysamsonstudio). The response was encouraging.

There was a learning curve, Samson admitted. “Apparently, you can’t post more than five looks at a time, because they won’t sell,” he said with a laugh. “When customers are faced with too many choices, they end up not buying. Five feels curated. Also, there’s a good hour for posting items—never late at night!”

As is his typical practice for RTW, Samson makes sure the looks are one-off and one size only. If there’s more than one inquiry, he might customize. They’re also mostly genderless looks, bearing his signature tailoring or deconstruction elements, though most of his online buyers are women.

“I’ve tried hard to be price-sensitive, because we all went through a crisis. But I’m still surprised that some clients balk at the prices, which I don’t publish, even regular clients who are familiar with my rates,” he said wryly.

Samson said he chose to go it alone, while other designers banded together to create selling groups, because of the issues of his production set-up at the time. But for Spring-Summer 2021, he’s designing a collection for @thenewmood.online, which features all local designs.

It’s not uncharacteristic of Samson to be circumspect, but more so now because of the health crisis. You can’t be too careful, he said. While he has been meeting with clients, he only does so outdoors—either in the client’s garden or garage—and limits the meetings to two a day, and only for brief periods. While many of his designer friends have been posting photos of their parties and travels on social media, Samson has not gone to a social gathering since the lockdown.

“I wouldn’t call this a semblance of normalcy,” he said. “For one, I have two workers whom I couldn’t call back to work yet because there aren’t many orders for womenswear, which is their forte. Also, there are still too many restrictions, so looking for a new studio in the city is not an option.”

For now, he said, he has enough job orders to sustain him and his team for the next couple of months. No big moves yet. “I’ll play it by ear,” he said.