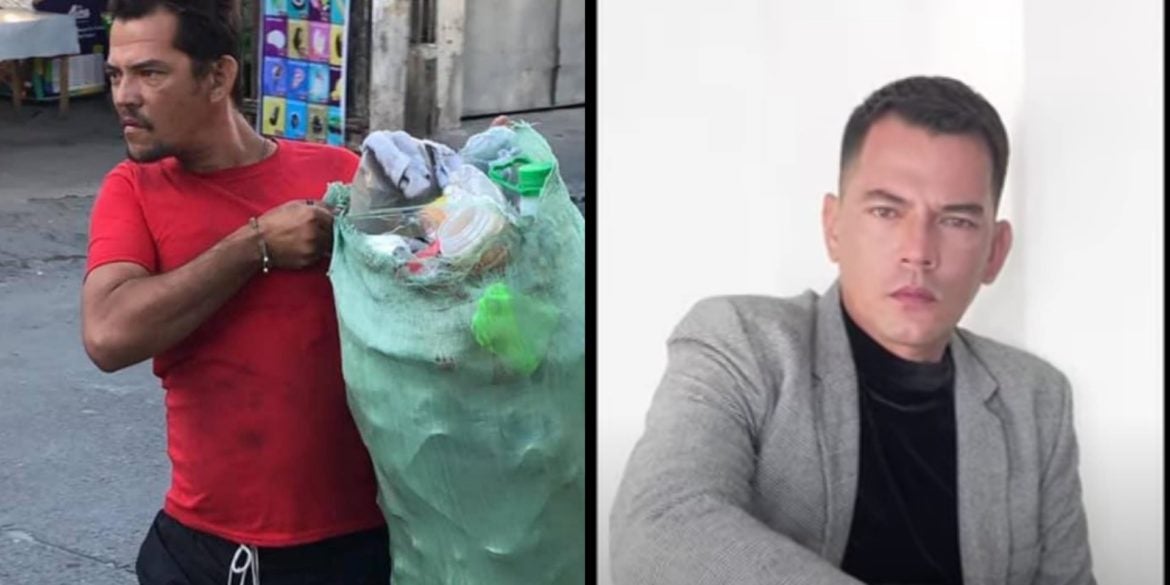 MANILA, Philippines — Don’t be mistaken if you see a “celebrity” in the streets of Angeles City, Pampanga all thanks to a kind-hearted hairstylist.

It was through the efforts of hairstylist Richard Strandz that a homeless man wowed people in his head-to-toe makeover, which Strandz documented in a YouTube vlog posted Thursday.

After constantly seeing the man for eight years, Strandz then decided to finally talk to the homeless man named Dennis Pascual and convinced him to get a makeover.

Strandz then got to know Pascual better, as the homeless man said he was abandoned by his family when he was seven years old.

Since then, Pascual has been homeless and does scavenging for a living.

“May nambu-bugbog sa’yo? (Someone is beating you up?)” Strandz asked Pascual, to which the homeless man admitted.

Strandz then proceeded to give Pascual the makeover by giving the homeless man a haircut and shaving off his mustache, as well as giving him new clothes.

Pascual later showcased his new look in a mini photoshoot. Strandz, meanwhile, was impressed as he said Pascual was a fast-learner, and noticed Pascual’s resemblance to Hollywood actor Chris Pratt.

(He’s quick to learn. While we were shooting, I thought to myself “You’re a quick learner.”)

Aside from the makeover, Strandz paid Pascual P500 for his scavenges, and promised to buy him new clothes.

(Just promise me to be a good person. Don’t get into fights and be hardworking.)