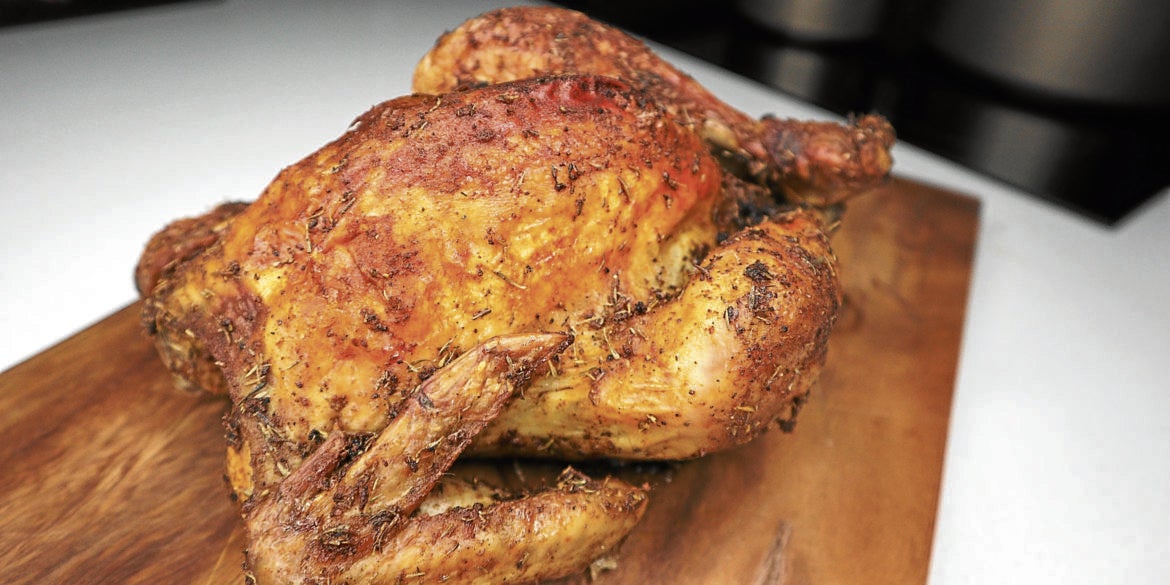 My father was quite overprotective of me, as I was the youngest. He always told me to stay away from the kitchen for fear that I might hurt myself. This is why the kitchen was a no-no place for me to be in when I was young.

As a teenager, all I wanted to do was to eat the hearty feasts that Dad made for us. He was always cooking in a palayok because, he said, meats end up more tender and tasty when cooked in an earthen pot. And he was right.

The sad part is, Dad failed to leave any of his recipes behind. When he passed away, people who knew him told us that aside from his good heart, they would also miss his cooking, most especially his versions of kare-kare, kuhol and pinakbet.

As years went by, I still didn’t have the will nor the motivation to cook. It could be because to even delve into cooking or go in the kitchen would mean opening up the floodgates of tears and my memories of my dad.

I had a culinary class in college, but still, it did not whet my appetite for cooking. There just wasn’t an iota of “kitchen goddess” in me. I didn’t know any recipes until I started working abroad.

Living in a Middle Eastern country made me crave and miss Filipino food. It made me miss my dad’s cooking even more. With the help of the search engine, I started my love affair with cooking.

It was hit-and-miss at first. I would go to the grocery store not knowing the difference between spinach and kangkong. But this did not deter me. I continued asking—I was not afraid to ask—until I finally found and learned the right ingredients for my recipes.

With bags full of ingredients, I went into the kitchen and applied some of the slicing techniques I learned in culinary class in college. I started to cook sinigang na hipon.

I followed the exact measurements given by my buddy named internet, and as I tasted the finished product, I felt that there was something missing. So, I decided not to follow the recipe from the internet and trusted my taste buds. It worked!

When I asked my friends to taste it, they loved it! Their approval encouraged me to cook more, learn more. I didn’t know that I was capable of doing it. Plus, receiving compliments for my cooking reminded me of my dad. It felt like he guided me. It was in my blood, after all.

From then on, I was motivated. I tried to cook different dishes from all over the world. Being a flight attendant, I got to fly with colleagues of different nationalities. I also had the privilege of learning from my colleagues the recipes of the packed meals they brought onboard.Working abroad gave me a number of life lessons, my independence, self-reliance, as well as my newfound passion for cooking.

I went home to the Philippines and started attending chef Reggie Aspiras’ culinary class. She inspired me a lot because I saw her passion for cooking as well as for sharing her knowledge. Since she and I had the same name (Regina), I thought, maybe I could be like her someday, or even just close? I wish!

After learning from her a new recipe, I would immediately buy the ingredients and cook it as soon as I got home. Her recipes are what I use to prepare meals for family days. I have received a lot of compliments along the way. My family’s compliments make my heart warm.

I have come to realize that the kitchen is the most important part of the house. I used to think it was my bedroom. With this passion fueling me, I’ve started my own brand called Regina’s Cuisine. Through Regina’s Cuisine, I would like to share the flavors and gastronomic delights that I had experienced while traveling the world.

Here’s a five-spice chicken dish with a Filipino twist. It is so easy to make, especially for those who have just started cooking. Here is the recipe:

Pat the chicken dry inside and out with paper towel, then brush with melted butter.

Rub the five-spice mixture all over the chicken.

Fill the cavity with lemon, onion, garlic and lemongrass.

Drizzle olive oil on ovenproof pan and place the chicken.

The author is a wanderlust-struck ex-flight attendant who found her way home via the kitchen, and into her husband’s heart. She’s the cook behind @reginascuisine on Instagram.