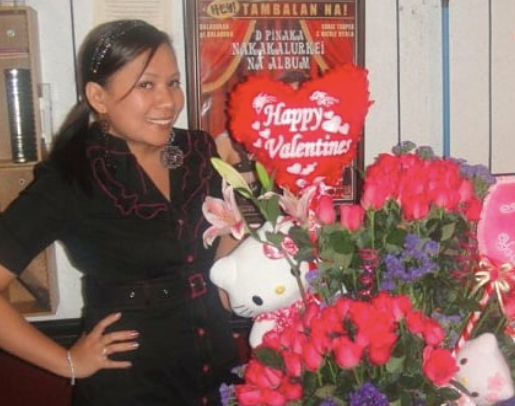 DJ Nicole Hyala’s husband doesn’t give her flowers anymore, and here’s why

Not all women are huge fans of receiving flowers during special occasions. Radio DJ Nicole Hyala is one such woman.

Hyala admitted that she does not get excited about receiving flowers, as per her Instagram page yesterday, Feb. 15, where she posted three throwback photos of herself showing a beautiful bouquet from her husband.

“This was the last bouquet I got from hubby. February 2010. A month before we got married,” said the Love Radio DJ.

Hyla disclosed that her husband always gifts her with not just a dozen flowers on special occasions but at least three dozens.

“From 2008 [to] February 2010, I have been receiving tons of flower bouquets from him. Alam yan ng mga taong close to me na kapag nagbigay sya ng bouquet (Those close to me know that when he gives me a bouquet), it was never just a dozen. It was ALWAYS at least [three] dozens,” she revealed.

The DJ said that one time, she received 10 dozens.

“Akala ko may patay sa sobrang dami. Hahahaha,” she recalled. (I thought someone died because there were so many flowers. (Laughs).

When they got married, her husband still gave her flowers. But he witnessed how she treats the flowers. She hardly puts them in a vase and just leaves them to rot after she has taken a photo with them. She does bring the flowers to church, though, when she has the chance.

Because of these, her husband stopped giving her flowers.

(He just gives me what I need like rice, canned goods and whatever help.)