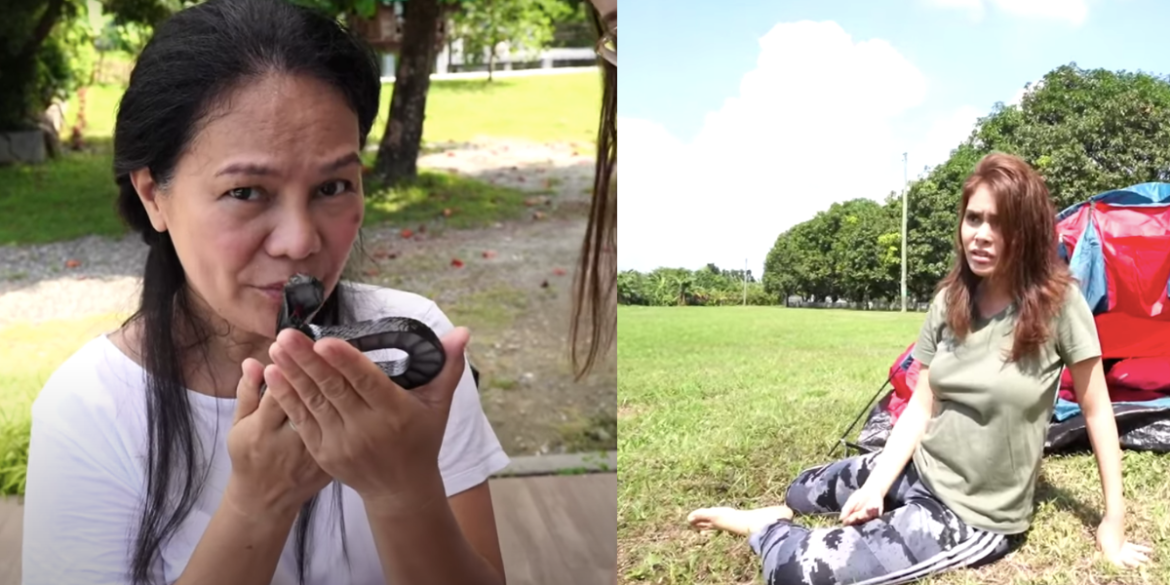 Why Ivana Alawi got upset after getting pranked by mom

To get even with her daughter, Ivana Alawi’s mom, Fatima Marbella, staged a prank — but it made the actress upset.

Marbella, together with her children Ivana, Hash and Mona, took on a challenge to stay in a tent for 24 hours, as seen on Ivana’s YouTube channel yesterday, Feb. 16.

Marbella first revealed her plan to her tent-mate Hash. She showed him fake snakes that she had bought a while back.

(I want to get even. What, will it always be them [pranking]?)

(At least I will be able to get even. Not just even, it will be more than that.)

She also got her daughter Mona, Ivana’s tent-mate, in on the prank. Mona and Hash have also been victims of Ivana’s pranks, such as when she spread fake cockroaches while they were sleeping.

While Ivana was fast asleep in the tent during the morning, her mom sneaked in and spread the fake snakes around her body – near her feet, head and arms.

When she was done, she shouted at her daughter, who woke up and was so frightened by what she saw. The actress walked out and her mom, sister and brother followed her.

When they caught up with her, Ivana was in tears, and her mom apologized to her.

“Dapat hindi kayo nagga-ganun. Akala ko tinuklaw kayo ng ahas,” Ivana said.  (You should not do that. I thought you were bitten by a snake.)

Eventually, all was well between them and Ivana took the peace offering of fruits from her family.

Previously, Ivana pranked her mom by cutting her bangs even if her mom did not want her to. In another prank, she surprised her mom with a brand new car. NVG