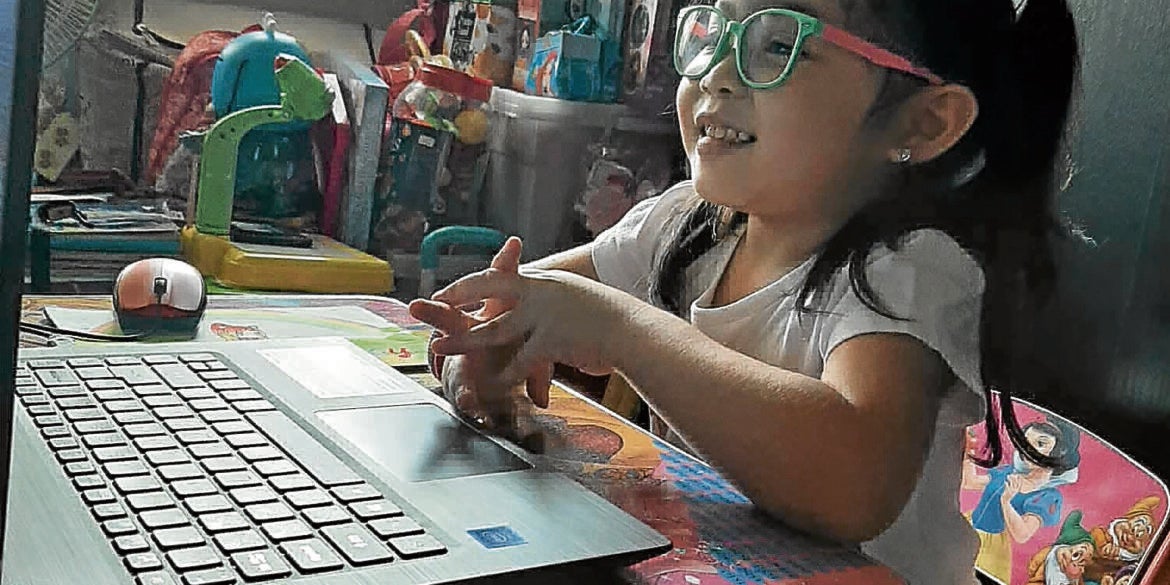 Kassy Abcede, 5, is allowed to have screen time during lunch time.

Kids’ screen time: How much is healthy?

With classes being held at home, the limit has gone out of the windowparenting

No or little screen time for our child.

This is what couples usually swear to themselves before they become parents. This is an ideal that’s very difficult to implement in real life.

Screen time is said to inhibit the creativity of a child. It takes reasoning away because everything is spoon-fed.

But with classes being held at home, the screen time limit has gone out of the window. Classes take up most of the screen time allotment already, thus any viewing beyond that is already overtime. It’s also a struggle for work-from-home parents who need to sit in front of their laptops the whole day.

Most parents assign screen time days, instead of hours, to their children. It’s often off-limits during weekdays but it becomes a treat on weekends. Toys are still a great way to keep them from their gadgets.

Kaye Jacinto, mother of two, says that establishing a routine is very important. She rotates the toys every two weeks for her daughter, 10, and son, 6. Toys that her children do not pay attention to get packed away and reintroduced after two weeks.

“I tell them that if they do not play with their toys or read their books, no new ones will be bought,” she said. Their household allows screen time even on weekdays but with one condition: They have to finish their assignments first.

She said that having two kids makes lessening screen time difficult. “It’s hard when you have two kids who do not have the same interest, especially when you have both a boy and a girl.”

Joann Cruz agrees. Having a boy, 8, and a girl, 6, with interests that are quite opposite, makes it more expensive. The Cruz family found their middle ground with clay.

Apple Abcede allows her children to watch on TV or gadget every lunch time for leisure. They also follow certain hours for her daughters. Longer screen time is allowed for her older child, 9, while shorter time for her tot, 5.

“You have to be creative with the activities. Books and activity books can take up to almost an hour of their time. But after that, you have to come up with more because they get bored easily,” she said.

Joyce Sebastian says that screen time limit should begin with parents. “This is where we struggle the most,” she said. “I feel we fail at this. I always ask myself, how can we make Sorin lessen his screen time when we can’t control ourselves as well?”

The trick that she and her husband do is, whenever they have an activity set for their 8-year-old son, they focus only on him.

“It doesn’t work if we only hand him his activities and he does not interact with us. We have to actually do it with him,” she said.

Katherine Casala says that screen time is used as learning time for her two-year-old daughter. She uses the Super JoJo and CoComelon channels to make activities such as brushing teeth, ear-cleaning and nail-trimming more fun.

“We also have apps such as piano musical instruments and Khan Academy,” said Casala.

Most importantly, parents need to be a little lenient on themselves and not feel that they have failed if they hand a gadget to their child so they can have an hour of silence for themselves. Parents can tend to their child better if they are also well, physically and emotionally.