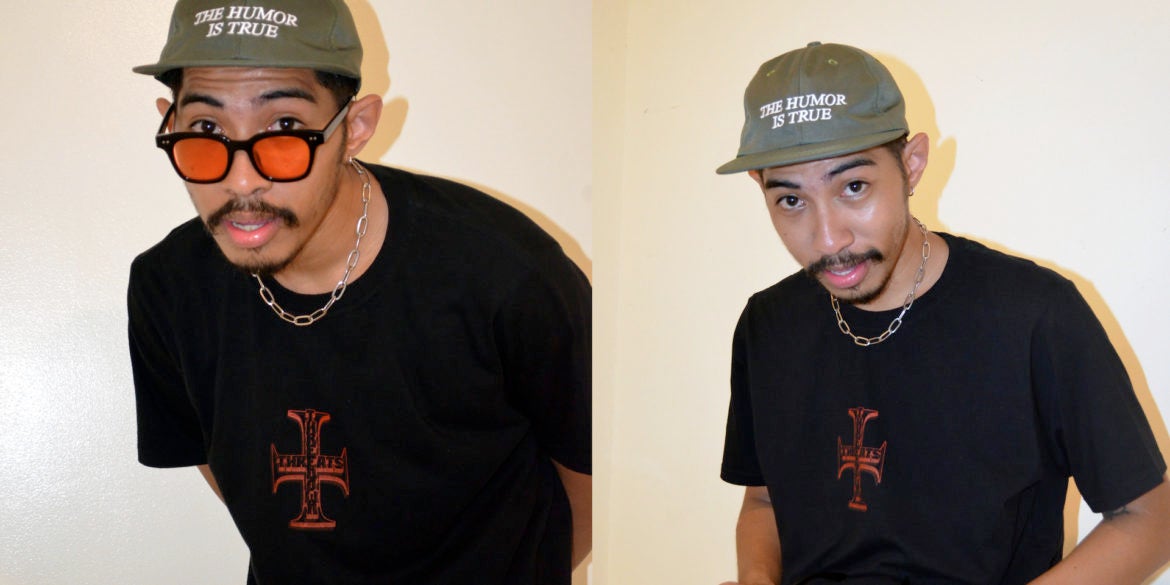 It’s a very exciting time to be a hip-hop fan. Hip-hop as a category is geared towards today’s streaming era, which rewards shorter songs with more opportunities to be played on repeat. Drake, Solange, and Playboi Carti, to name a few, have successfully adapted to this new format by releasing projects with a high quantity of songs running for under two minutes. This sort of strategic response led to hip-hop taking the top spot in streaming charts for 2020. In the Philippines, hip-hop artists by the likes of Skusta Clee and Matthaios have made strides by breaking into the mainstream, with Matthaios making the list of most-streamed local artists in 2020 according to their Spotify Wrapped report published at the end of last year.

But that’s not the reason why it’s an exciting time to pay attention to hip-hop. Even in this era of streaming where popularity is data-driven and song discovery is left to curated playlists, there’s a huge underbelly of talent left in the fringes as they’ve escaped — or been pushed out — by the streaming algorithm.

WIth local hip-hop in particular, there’s a very frenetic energy fostered by loosely-knit hip-hop circles that has been continuously bounced around since the early 2010’s. In the absence of physical events due to the pandemic, online communities brought together by music review blog The Flying Lugaw as well as interest groups Peenoise Music Chartposting and Mumble Rap Tawi Tawi have nurtured and amplified a rising crop of artists, including 25-year-old hip-hop artist Kurimaw.

Kurimaw, like many of today’s rising artists, began as a fan before taking the jump to create their own tracks. Brav, as his friends call him, dabbled in graffiti before his friends took him to local hip-hop gigs at Cubao Expo and Tomas Morato. It was there that he witnessed a vibrant hip-hop scene at the cusp of blowing up. Soon after, his friends decided to craft their own, releasing tracks via YouTube and Soundcloud while immersing themselves further into the community.

He first caught my attention with the release of his music video for ‘Wasakulap’ in late 2019. The song’s hook is as infectious as the video is visually arresting. But in ‘Wasakulap’ (and more so in his newly released debut solo project “buzo_Omp,”) Kurimaw undertakes a stylistic shift that breaks free from the current soundscape dominating the mainstream charts, as if to say that the fringes can create something better.

While an ear for lyricism is still very much present in Kurimaw’s music, melodies anchored by a good hook reign supreme. Catchy snippets from each track could easily make it into the next viral TikTok dance—a possible factor to the success of all music tracks from here on out.

“I think what stood out to me the most is how they’re mostly melody driven and flow dependent,” a friend told me about Kurimaw’s music. “It doesn’t feel like a direct translation of any of his influences at all.”

“Buzo_Omp” is a five-track project conceived during the pandemic. The story goes like this: Kurimaw and more than a dozen or so of fellow artists were left to their own devices a day after performing in an out-of-town gig — the same day travel restrictions were set in place due to the COVID-19 pandemic. For three months, the ragtag group made the most out of isolation to follow their instincts and create music, one of the results of which is a now-deleted posse cut under the name “Playa Hataz.” Kurimaw enlisted the help of music producer and rapper O’Neen to help him on his solo project; three of the tracks are produced by O’Neen, with the other two produced by hip-hop heavyweight Calix. Even the featured acts lend weight to what is a breakthrough debut.

But what does it mean to pursue music in these times? Together with his manager and O’Neen, I sit down with the 25-year-old artist to pick his brain about his music, the state of hip-hop today, and more, one sunny afternoon.

The following interview has been edited for length and clarity.

How did you decide on ‘Kurimaw’ as your artist name?

(Why Kurimaw? It doesn’t have any deeper meaning I just got from this group of people who backed Francis M in Eat Bulaga. The Kurimaw Boys.)

Is that where the name came from or is that when you first heard ‘Kurimaw’?

(That’s where I first heard it. In the streets, it’s an informal term for the stupid, the ignorant.)

(*Laughter* Christian music. I was born into a Christian family. I liked emo first, then hip-hop.)

How do you make your songs?

(I find a beat first, then I work on the melody. I start with the hook so I don’t have to think of anything after. The songs in the EP are shorter, more focused on the hook. I don’t like making long tracks. It gets tiring to listen. Especially now, I feel like a lot of people can’t stand listening to long tracks.)

Who are you listening to right now?

Who’s your bias in Twice?

(The rapper, Dahyun. I’m just beginning to get into them. I started to watch fancams of them, their vlogs.)

(Red Velvet too. And some K-RnB. Who else? Father, Divine Council. And Switchbitch! They’re a local rap act featuring two women.)

What did you feel when ‘Wasakulap’ got some numbers?

(It was a different experience. At first I wasn’t used to it. Do I deserve it? I just made that song for fun. I just wanted to release a track.)

Aside from staying out of town for three months, how else has the pandemic affected you?

(I lost gigs. 2020 was supposed to be a breakout year. Too bad. A lot of stuff also happened around us.)

How would you describe your music to someone who’s never heard of it?

(Maybe just base it off my rap name. Whatever you think of ‘Kurimaw,’ that’s it.)