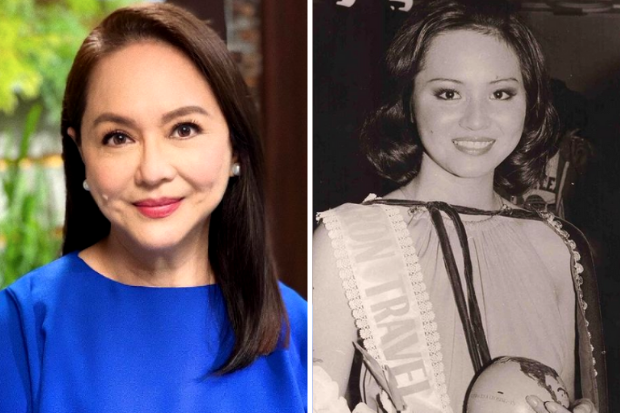 Her mom, Nora Navarro-Santos encouraged her to join beauty tilts, of course with the approval of her dad Winifredo Santos.

But Santos didn’t entertain the thought that she would conquer beauty pageants as she revealed in her interview with Toni Gonzaga on the latter’s YouTube channel yesterday, March 1.

(It is because in the province everyone knows everyone. They would always approach my mom and dad and ask, “Hey, can your teenage daughters join the contest?” I was one of her favorites to field in the pageants.)

Did she see herself as a beauty queen?

“No,” came Santos’s curt reply. “I was never conscious of my beauty. It was never about my beauty and myself. It was more like I was being an obedient daughter,” she said.

Growing up, Santos was already into listening radio dramas.

“I think my father also is a storyteller. He would gather all six of us. He loved to watch movies so he would gather us after dinner and would tell us the story of the movie he had just seen,” she said.

Santos’s dad is a soldier while her mom is a teacher.

“Mahilig sila sa showbiz (They were into showbiz),” Santos revealed. At one point, when her father was still single, he worked as a ticket seller in a cinema in Bulacan.

Santos’s mother ventured into singing but was not able to pursue it because her father was very conservative.

“He thought that the place of a woman is sa bahay lang (just at home). So, I guess, iyong mga frustrations ng nanay ko ay na-project sa aming mga anak niya (my mom’s frustrations were projected onto us, her children),” she said.

Santos has since retired as ABS-CBN’s president and CEO but she remains the company’s chief content officer. She is also host of the long-running weekend show “Maalaala Mo Kaya.” NVG

‘Women are as capable as men’: Rabiya Mateo on Duterte’s claim that presidency not for women