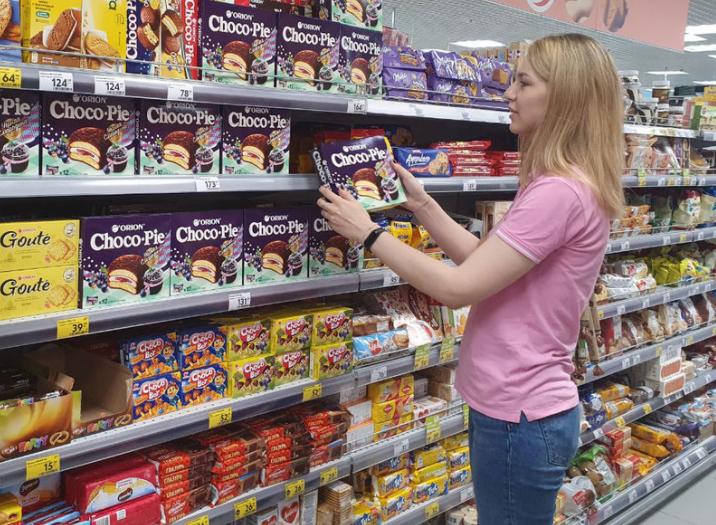 How Korean cuisine is rising to capture global food scene

SEOUL — Tangy, salty, sweet and spicy — Korean food is all of that.

Often using fermented condiments like the traditional “jang” and a diversity of spices, such as garlic, onion and pepper, Korean cuisine is notable for creating a harmony of flavors.

Despite the rich and diverse tastes that come from the mastery of balancing these strong spices, Korean food long had a relatively short list of globally promoted dishes, especially compared to neighboring China and Japan.

The list includes kimchi, the most widely known fermented pickled vegetable; bulgogi, marinated slices of beef or pork; and bibimbap, a bowl of rice with assorted vegetables and meat served with gochujang, or fermented red chili pepper paste.

In the past couple of years, however, Korean food has been expanding its presence around the world. Empowered by the growing popularity of Korean media contents such as K-pop, films and dramas, along with years-long efforts from food companies, Korean cuisine is now rising as a new Asian taste in the global food scene.

Early this month, the Ministry of Agriculture, Food and Rural Affairs conducted on online survey of 8,000 local residents in 16 major cities across the globe, and learned that nearly six out of 10 respondents knew of Korean food.

“The ‘K-wave’ that started from Korean dramas and K-pop is now spreading to Korean cuisine and overall Korean lifestyle,” Park Ga-hyun, a senior researcher at Korea International Trade Association said in a report on the export of Korean condiments.

This awareness turned into record export figures for Korean food in 2020.

According to the Ministry of Agriculture, Food and Rural Affairs, the country saw an all-time high number of export of agrifoods, which includes fresh and processed foods, to post $7.57 billion last year, an increase of 7.7% on-year.

With the rising popularity of Korean food, and with the home-cooking trend amid COVID-19, overseas demand for Korean condiments also increased to mark exports of $300 million in 2020, growing by 25.8% on-year, the KITA report said.

Social media is playing a key role, along with other multimedia contents, in raising familiarity with Korean food.

The Buldak Spicy Chicken noodle — the super spicy instant noodle made by Korean food company Samyang Foods — has been one of the most popular social media challenges online, enjoyed by many in both Korea and overseas.

Chapaguri — the concoction of Nongshim’s black bean instant noodle Chapagetti and the soup-based Neoguri instant udon — also became a craze when it appeared in the Oscar-winning film “Parasite” by Bong Joon-ho.

The Korean food boom is not stopping there. By adding a Korean twist to existing foods like fried chicken and barbecue, the country is solidifying its ground in the global food scene.

“We tried countless joints over the years, immersing ourselves in all of the different styles and finding what makes Seoul such a delicious and iconic city,” Rosati said in a media interview. “We have come to love the diverse flavor profile Korean fried chicken offers.”

Rosati and his team introduced the gochujang-flavored dishes in Korea first, for a limited time in October last year, SPC Group, the operator of the burger chain in Korea said.

Food makers in Korea are also striving to make their products stand out as Korean items, as they work to expand their business to overseas markets.

The Korean staple kimchi has also transformed into a seasoning to allure consumers worldwide.

The Kimchi Seasoning Mix, developed by Seoul Sisters, was the top-selling seasoning in the Chili Mixes category on Amazon in May 2019, in just two weeks after it was launched on the platform — beating Japanese spice mixture Shichimi Togarashi.

Sun An, the chief executive officer of Food Culture Lab, the food startup operating the Seoul Sisters brand, highlighted that her seasonings contain all the beneficial properties of kimchi, such as vitamins and probiotics that are good for the gut.

It has also been made vegan to target a wider range of consumers, by replacing the main ingredient of kimchi, jeotgal, which is the pickled seafood.

Within the first six months of the launch, the company sold a total of 100,000 bottles of the seasoning.

Promoted to go well with all kinds of food, Kimchi Seasoning Mix is has received five-star reviews from 73% of buyers on Amazon as of this month.

“Great flavor but not too strong. I sprinkle over the chicken, grilled veggies and even steak. It gives a kick and warmth same time,” one review by an Amazon user named Monica reads.

CJ CheilJedang, a 68-year-old food company, has created a dumpling renaissance with its flagship Bibigo Mandu.

While dumplings are widely known to be from China, they are actually shared staples in many countries, including Korea, and recipes differ by region.

With Korean dumplings, called mandu and generally with thin dough wrapping, CJ CheilJedang has taken the “localization” strategy to present tasty, yet authentic Korean mandu to consumers in other countries.

To target the American market for instance, the company used chicken and cilantro instead of garlic chives and pork, the ingredients used for the mandu fillings in products sold in Korea, CJ said.

Through analysis of consumption patterns in markets, and aggressively promoting them as Korean mandu, CJ said it topped the dumplings section at Costco Wholesale U.S. by sales, beating China’s Ling Ling that has dominated the U.S. dumpling market for the last 25 years.

In 2020, Bibigo Mandu sold 1.03 trillion won ($930 million) in total, with 65% of the revenue coming from overseas. The United States was the biggest market for Bibigo Mandu, with sales of 420 billion won, followed by China at 160 billion won and Japan, at 65 billion won.

“We strategically approached the markets for the launch of Bibigo Mandu, to roll them out in big retailers like Costco, and the brand awareness gradually went up,” a CJ official said.

“It was also influenced by Korean multimedia contents, like K-pop and movies. At the same time, there’s rising interesting in ethnic food in the United States and Europe, and K-food is pretty hot.”

“Orion entered these markets decades ago, so the efforts are paying off. Our research offices in the countries analyze what the consumers there prefer, and we try to give variations to the original products to suit their tastes,” an Orion official said.

“Also, in countries like Vietnam, there is a Korean culture craze.”

According to the company, Orion’s corporate body in China witnessed sales grow by 12% on-year to post the highest sales of 1.09 trillion won, as the Vietnam corporate body broke a record with 292 billion won in sales in 2020.