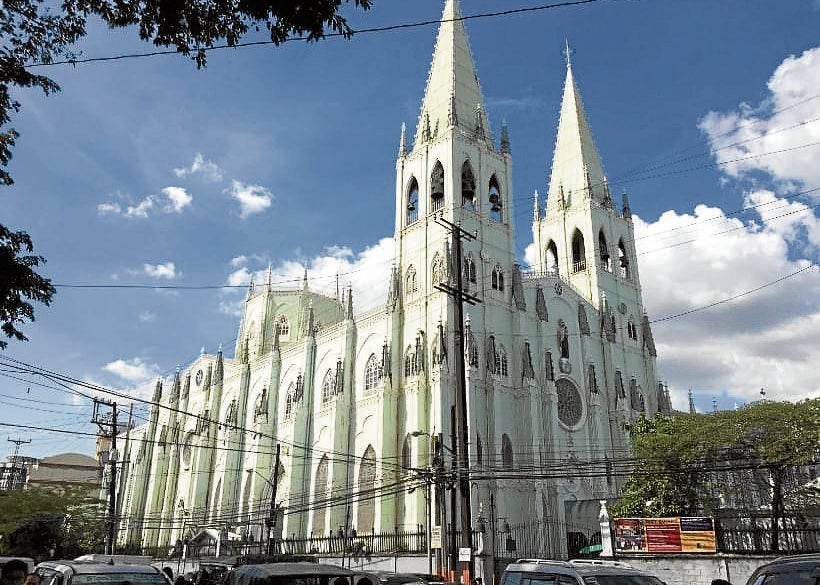 Heirs of the Frenchman rectify the myth

For years, it was rumored that San Sebastian Basilica in Manila was the work of Gustave Eiffel, the man behind the iconic Eiffel Tower in Paris, France and many other architectural landmarks around the world.

Now, it can be confirmed that it is not.

In the conservation management plan (CMP) crafted for the basilica this year, it is noted that the disapproval came directly from the heirs of Eiffel, with whom Paterno had a series of correspondence.

The document notes that Paterno “received the definite reply that Eiffel was not involved with San Sebastian.”

“However, a comparative study has shown that there are other churches in other parts of the world that made use of this building technology,” including those designed by Eiffel himself, it notes.

Some of these structures include Presbyterian Mission Church in London, United Kingdom (1868); Eglise St. Anne in Gabon (1889); Santa Barbara Church by Eiffel in Santa Rosalia, Mexico (1897); and Sveti Stefan Kilisesi in Istanbul, Turkey (1898).

The document also indicates the fact that the basilica is the only all-steel church in the Philippines and in Asia.

Actually, another all-steel church exists in the predominantly Asian country in terms of geography (Turkey) but that edifice, St. Stephen Church in Istanbul, is located in the European side of the city across the Bosphorus Strait, which makes San Sebastian Basilica the only one of its kind in Asia.

The present San Sebastian Basilica, designed by engineer Genaro Palacios in the neo-Gothic style, was inaugurated on Aug. 15, 1891.

The festivities then for the newly opened church were particularly interesting and lasted for four days, culminating in an evening procession with fireworks lit by the archbishop himself, Fr. Bernardino Nozaleda, OP.

Due to its material, the church is subject to corrosion due to water seepage or exposure to the elements—the very reasons for the establishment of SSBCDFI a couple of years ago.

Described as the primary guiding document in the conservation of a heritage structure, the aforementioned CMP is a significant document in the painstaking restoration of one of the country’s architectural icons and attempts to facilitate a methodical approach to the management and protection of the structure.

With the policies contained in the CMP, “all major design interventions for restoration and repair that come from the different professionals engaged in the restoration project are calibrated,” said SSBCDFI head Marianne Claire Vitug who underscored the active participation of Order of Augustinian Recollects (OAR) in the crafting of such an important document.

The CMP advises, among others, measures to preserve not only the structure itself but the setting as well with the protection of its sightline and the nixing of any new development in the area that could affect its structural and visual integrities. A major undertaking following the crafting of the document was the assessment and repair of the dome, which resulted in the recent closure of that area of the church.

The closure will last until October but, according to Vitug, a temporary redo or altar will be mounted for Nuestra Señora del Carmen with a curtain serving as an altar backdrop.

In the CMP document, it notes that the church “is significant because it was the pièce de résistance in the architectural assemblage of the Quiapo community at a time when the area was home to ambassadors, consuls and the social elite of Manila” and for being an all-steel church, an alternative structural technology against earthquakes for which the country is frequently hit.

However, the most significant aspect of the church is “its use, and the OAR’s commitment to that use, serving as a place of worship that has endured in the same place since its establishment, despite wars and natural disasters.”

The church was marked in 1934 and 1977 by the National Historical Commission of the Philippines.

It was declared a National Historical Landmark through Presidential Decree No. 260 in 1973 and a National Cultural Treasure by the National Museum in 2015.

Also, it was once included in the country’s Unesco World Heritage Site Tentative List but was removed due to a number of reasons including its deteriorating state. —CONTRIBUTED