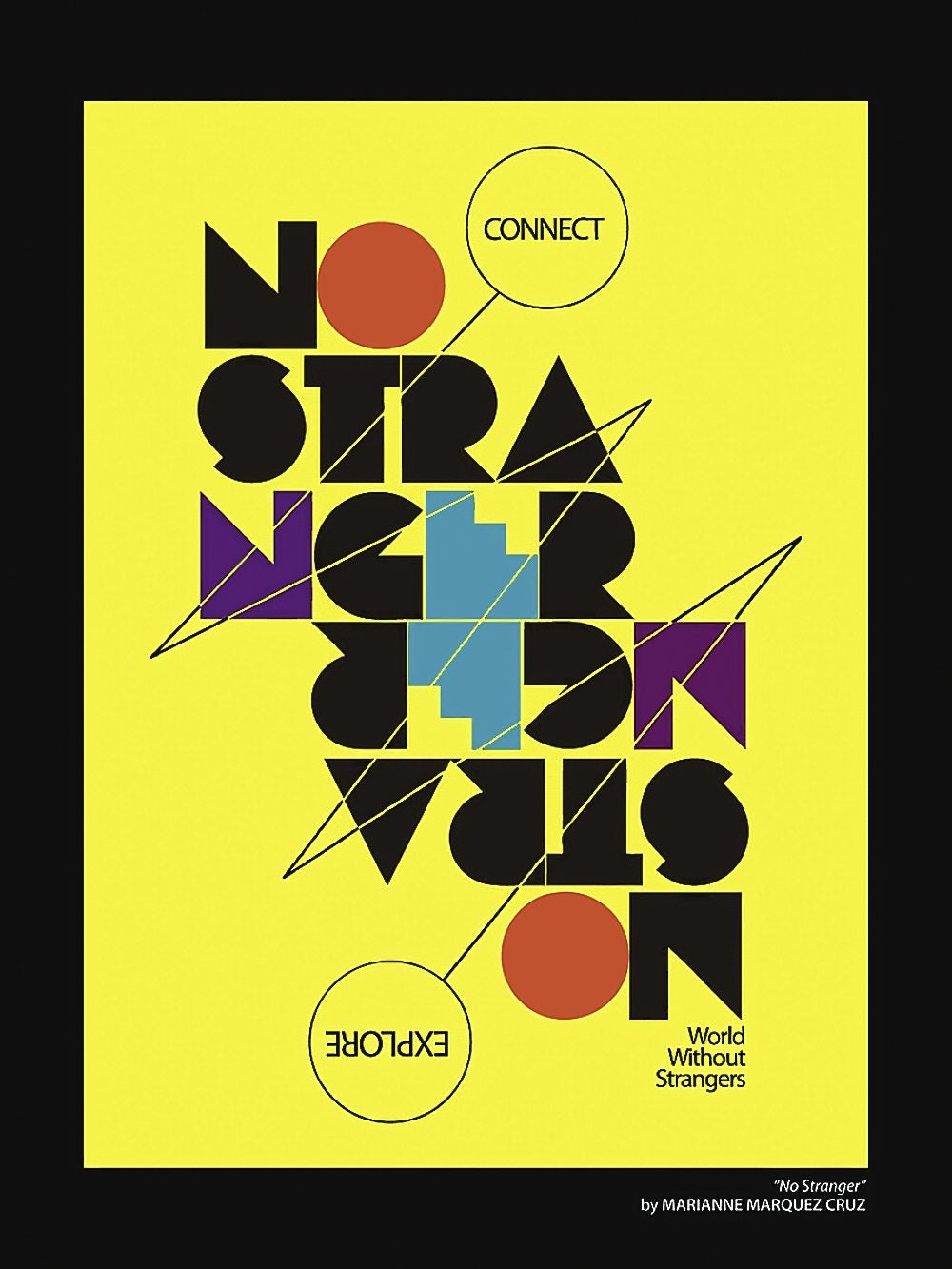 Despite our busy lifestyle, we seldom remember the real issues in our society that need the most attention. With something as ordinary as an everyday T-shirt, you can help deliver the message of (sometimes) overlooked ideas such as love and equality.

What started as a summer contest last year gave Giordano seven creative T-shirt designs, grounded on the simple idea of a “World Without Strangers.”

According to Beatrice Lim, Giordano’s business development officer, they asked artists to submit statement or graphic shirts, designed according to how they interpreted the theme.

Each contestant was allowed to submit three designs, which were judged according to certain criteria. They were allowed to decide on the shirt’s body color, but the design itself was limited to a maximum of five colors. Seven winners were chosen, and 15 finalists were given consolation prizes.

The powerful theme inspired creative designs and thought-provoking ideas, such as nationalism and religion. For artist Giselle Joyce Nadine O. De la Peña, it was a design on the concept of “Maya” in Hindu philosophy.

“‘Maya’ loosely translates to ‘illusion,’” she says of her shirt inspiration.  “Individuals are fooled by an illusion when they distinguish between themselves and the universe, that one is apart from the other, when in fact it’s not,” she explains.

“I felt that this perspective really represented Giordano’s philosophy of having a ‘World Without Strangers,’ since it really shows how, despite all differences, in the greater scheme of things, we’re really just one,” she says.

For De la Peña’s statement shirt, emblazoned on a gray shirt are the words, “There is no longer I. No longer you. No more us or them. No ours or theirs. There are no others. This is a One shirt even calls on people to “Break stereotypes,” while another gives the recipe for what counts in life: a mixture of common sense, humor, attitude and curiosity. There are reminders on “how to use life”—“Use it like there’s no tomorrow. Live life like you’re dying.”

Who would’ve thought a simple piece of clothing can be a resounding call to a sense of oneness, unity and love? Universal truths that are timeless, written on a shirt.

The Giordano “World Without Strangers” shirts are available in all Giordano outlets.