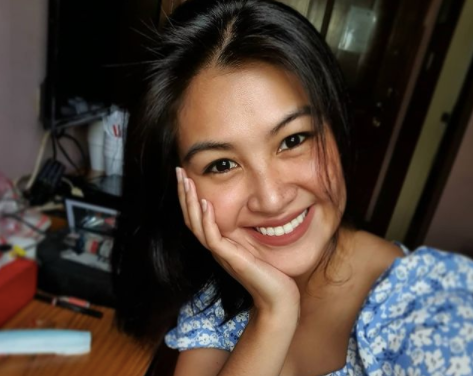 Celebrities were among those whose jobs were affected by the COVID-19 pandemic. As for beauty queen and actress Winwyn Marquez, she had to be enterprising to survive.

During the pandemic, the actress learned how to bake and cook. She feels happy and fortunate because the people from the village where she lives ordered and bought her products.

A year since the pandemic first hit the country, work came continuously for Marquez. She is one of the mainstays of the GMA-7 comedy series “Owe My Love” and is slated to start filming “Nelia.” But there were also other projects and activities that kept her busy.

“On the side, I started to revive my YouTube channel. Pumapasok na rin ako sa TikTok kasi (I also entered the world of Tiktok because) I also want to be relevant to our generation Z. You have to go with the flow siyempre para hindi ka huli sa ginagawa mo (so you will not be left behind in what you do),” she said.

Marquez is also pleased with the feedback she gets from her followers on YouTube and TikTok, who enjoy seeing her in the “raw,” not made up and during casual moments. She thinks this may be because fans are interested to see who she is behind the camera.

Meanwhile, in the film, Marquez will be playing the role of a doctor who has multiple personalities.

(When they gave me the script to read, I said yes. After the last page, I said I want to play the character. I wasn’t sure yet if they would get me but I did not think twice because it’s very exciting, it’s so different. I have never done anything like this before.)