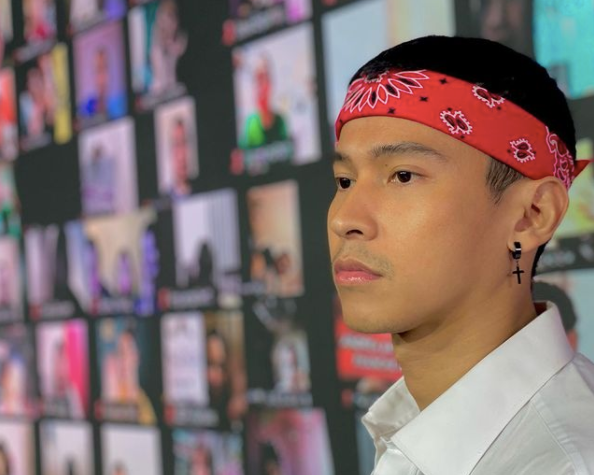 Describing Fr. Sebastian as the bearer of good news in Barangay Hermoso, the setting of the series, Dee feels it is indeed a blessing to portray the character.

(This is probably one of the blessings I have received, because I get affected by Fr. Sebastian. Sometimes I acquire the positivity and energy of Fr. Seb, that even though I am irritated, I seem not to be.)

Meanwhile, though the pandemic is still causing harm to the country, Dee remains positive and he is able to handle his fears.

Dee has also successfully ventured into vlogging and is actively producing and creating videos for his channel.

When asked if he would still be passionate about vlogging had there been no pandemic and had ABS-CBN been granted its franchise last year, Dee explained that conditions now led him to be more persevering.

(Perhaps not as productive now, because I really think about and pour my heart into whatever I produce for my vlog, because it is clear to me what I want to show to people and what I want to share with people. Maybe that would be the only difference.)

Among the celebrities Dee has featured in his YouTube channel are Arjo Atayde, Joshua Garcia, Maja Salvador and Bea Alonzo. JB