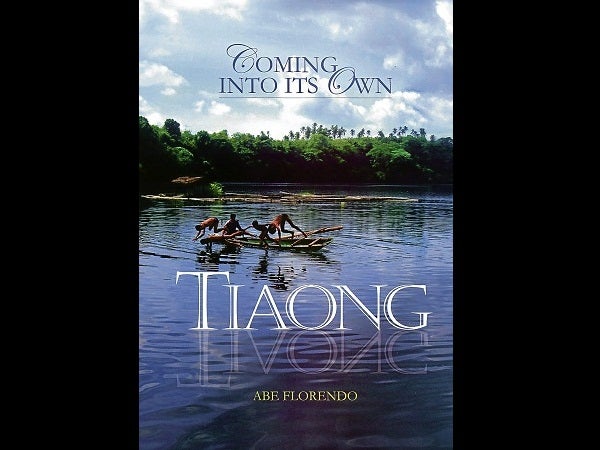 Tiaong has its come-ons

If there is one thing we can learn from the people of Tiaong, Quezon, it is having pride of place. Proof of that is the recent publication of “Tiaong: Coming Into Its Own,” a coffee-table book written by Abe Florendo, with archival research by Dulce Festin Baybay and Dr. Luis C. Dery.

The book shows what modern-day Tiaong, around 100 km south of Metro Manila, has to offer—tourist spots, and even the basics, such as  real estate prices, social and educational services, infrastructure.

The book also has the town’s origins—pre-Spanish-colonial rule, the turmoil it went through in the Spanish, American and Japanese eras, and its significant role in the wars against these regimes.

It’s a history book and travelogue in one colorful, informative package, showcasing what and why Tiaong is the way it is today.

Cris Aquino, a Tiaongin and founder of the Lubid-Lubid Foundation who spearheaded the creation of this book, writes in the introduction: “Tiaong, and the people of Tiaong, deserve a book like this. A book on and for Tiaongins by Tiaongins.”

Chapters are devoted to exactly that—the people of Tiaong.

There is Claro M. Recto, father of the 1935 Philippine Constitution; General Ye Fei, a Chinese-Filipino war hero in China, but who was born and named Sixto Tiongco in Tiaong to Yap Uy and Francisca Mercado (his is one of the more touching stories); Don Ado Escudero, who built the well-known resort Villa Escudero; potter Ugu Bigyan; and prominent families like the Escuetas and Umalis.

Sixto Tiongco, at age 75, was invited in 1989 by then President Cory Aquino to visit his hometown for two weeks. He had a reunion with his siblings, who had no idea of Tiongco’s accomplishments during the 70 years they were apart. Tiongco was also able to visit his mother’s grave.

Featured, too, are some of the town’s noted farmers, entrepreneurs, merchants, industrialists.

The book took years to finish, says Baybay, who completed research in one year. “There was a purpose,” she says. “Cris (Aquino) wanted to know the exact date of the founding.”

They found out that Tiaong, then called Nayum, became a visita (“a village with a chapel where services were periodically performed by a visiting priest”) in 1600; although before that, there was already a settlement ruled by the “Gats,” relatives of native royal families.

Aside from archival research, Baybay says she and author Florendo went around Tiaong to interview “old-timers.”

“We had to catch them at their most lucid moments,” she says. “Kung makulit sila on a certain topic, siguro totoo na yun (If they are consistent about a certain topic, then it could be true).”

Folk stories are also a good source, says Baybay, and the book has its fair share. One legend, for example, is about the town’s name, “Tiaong.” According to the folktale, a wealthy, generous, religious lady named Doña Tating was well-loved in the village. People fondly called her “Tia,” which means “aunt.”

The priest would always wait for Tia’s arrival in church before starting morning Mass; people would know she was near when they heard the sound of her bull’s “oong.” It is said that the town’s name came from the combination of these two words, “tia” and “oong.”

There is also the mystery of the paksol, or foxhole, an unfinished tunnel dug during the Japanese rule through forced labor. Today it is covered in an overgrowth of vegetation, but stories say that hidden in it are treasures stored by General Yamashita and his soldiers; or that it was a dumpsite for people killed by the Japanese.

There are the old houses—the Hernandez ancestral home on Don Vicente Robles St., and the Cease-Conty home on Alabastro corner Recto.

There are interesting modern houses you can view, with  permission from owners. Among these are Dr. Godofredo Stuart’s Mediterranean-inspired “villa,” and the “Filipino-rustic contemporary-style” home of Bobcat dealer Danny Mea.

Potter Ugu Bigyan’s house and studio is open to the public;  it is also his shop and showroom. Give him advanced notice and he’ll treat you to a gourmet lunch or dinner.

For the adventure-seekers and eco tourists, Tiaong has its Mainit Spring, where tourists can dip in sulfuric water, which many believe can cure body aches and pains. Florendo describes the trek to the springs, however, as one that is not for “timid people,” since one has to trek 10-15 minutes (in mud, if one is unfortunate enough to encounter rain), and then cross a “swaying steel bridge.”

“Our advice to extreme sports enthusiasts,” writes Florendo, “go for it.”

Tikub Lake is another spot for adventurers who would want to discover a thriving ecosystem of bayawak, alimos, monkeys and different species of birds.

“Tiaong: Coming Into Its Own” has photos by Donald Tapan and Ramon Jeffrey Florendo. Design director is Teody V. Hidalgo, who is Tiaongin.

In many ways, the book is part of the legacy of the Lubid-Lubid Foundation, which started the Lubid-Lubid Festival in 2002. It was a “blueprint” created for the town fiesta in honor of St. John the Baptist.

Aquino wanted a fiesta to showcase the best of Tiaong through different activities. He used the term lubid to reinforce the values of strength and unity.

As more and more people discover the book, Baybay hopes that it “will start a trend on [writing about] local history.”