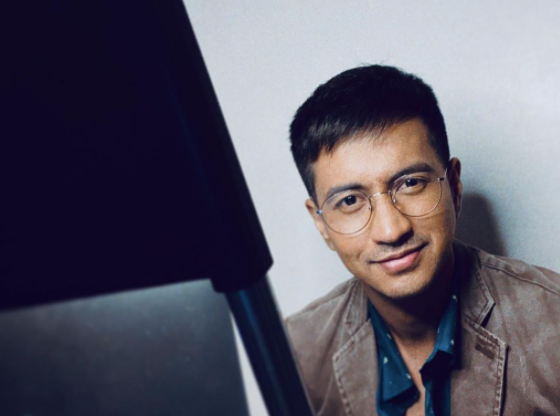 RK Bagatsing starstruck by Eula Valdez and Sylvia Sanchez, but hid it

Actor RK Bagatsing professed that he’s a big fan of the veteran cast of his latest teleserye “Huwag Kang Mangamba.” He can be such a huge fan that he sometimes gets starstruck.

(You know, the truth is, they don’t know this, but I can’t help but be a fan. Sometimes we are in one scene but it’s as if I’m watching them. Sometimes I turn into a fan in front of them.)

Bagatsing was referring to the veteran cast members of the series composed of Nonie Buencamino, Eula Valdez and Sylvia Sanchez.

“Of course, I have to be professional at itago ‘yun (and hide that). You all know kung gaano sila kagaling (how good they are) and I’m very, very blessed for being in this line-up,” he said.

Bagatsing plays Miguel Advincula, the grandson of Nonie Buencamino’s character, who was forced to join politics to protect his family.

(All throughout the arc of the story, if you will protect your family, up to where are you going to gamble and fight for them? That’s where Miguel Advincula’s story will run.)