This Gen Z-er is a go-getter | Inquirer Lifestyle ❮ ❯ 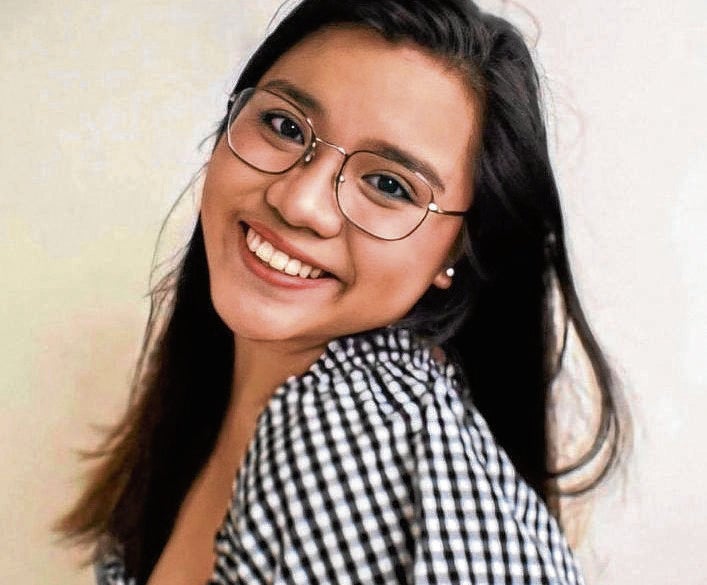 Carms Garcia: “When you realize that you have a purpose beyond yourself, it’s easier to get yourself out of rock bottom.”

This Gen Z-er is a go-getter

“The word ‘crisis,’ when written in Chinese, is composed of two characters: One represents danger and the other represents opportunity,” said John F. Kennedy, the 35th President of the United States.

For 20-year-old Carmina “Carms” Garcia, the global crisis brought about by the COVID-19 virus has definitely been one big opportunity to learn, do and give more.

She finished 50 courses online, some from Ivy League universities like Harvard and Yale. She also completed four programs and a political internship with the senate, under Sen. Francis Pangilinan. She capped these off with a six-week academic program under the Office of the Vice President (OVP) two months ago.

Her greatest passion is inclusive education, defined as “giving everyone the opportunity and means to learn.” It’s the reason she signed up for 11 projects (nine in Ateneo, two outside school) during the first semester of her sophomore year.

Among them are Barefoot Philippines’ Peace Camp, Ateneo Psyche’s “EQ and You” podcast and Red Letter Day, TEDxADMU Program, a martial law campaign under Liberal Youth (LY is the Liberal Party’s youth arm), and a voters’ education campaign in which the OVP, LY and the Friedrich Naumann Foundation collaborated.

Connecting people is how Garcia practices her passion and puts her purpose at the center of her work. “You don’t live for yourself only and you can’t win everything just by doing things on your own,” she said.

Her favorite project was her internship with Pangilinan, since it proved to be both a challenge and a bridge to new opportunities.

Part of what she did with LY was to provide information for social media, and matters concerning Generation Z and people ages 15 to 30. Initially, she just wanted to “handle the org” and improve by 20 percent what then stood as 50-percent awareness.

But a martial law campaign that went viral raised the stats by 800 percent. Consequently, Garcia was asked to prepare a pitch for Pangilinan’s 2022 campaign. She presented via a Zoom call and succeeded not just in impressing the bigwigs, but also in landing her job at the OVP. “It was very stressful and scary, but also very rewarding,” she recalled.

The go-getter Garcia is hugely different from the prepandemic one, who entered Ateneo in 2019 as a communication major. “I was a child who didn’t know what her priorities were,” she said.

A bad experience with her block mates, punctuated with drama and broken friendships, fostered her growth and she is proud of it. “That was really hard, so I had to redeem myself. I had to start initiatives for the people, do more projects and let them know that I’m competent, no matter what they think of me. When you realize that you have a purpose beyond yourself and see the people who need you, it’s easier to get yourself out of rock bottom and start grinding for these people.”

It helps to have true friends as well who accept you unconditionally and support you unwaveringly. That’s what fellow Ateneans Hershey Zarcilla and Tiffany Fran are to Garcia. The three have been besties for about six years now, since high school in Miriam College.

“Carms is well-known as that achiever, though she usually works behind the scenes,” said Zarcilla, a biology major. “She’s family-oriented, God-fearing and down-to-earth, always willing to drop everything in order to help. She inspires a lot of people with what she does, including me!”

Working with Garcia has made Zarcilla realize what it takes to be a good leader. So, in her projects, she integrates the values Garcia has shown and taught her: transparency, accountability, participation and integrity.

Fran, a communications technology management major, describes Garcia as sincere and grounded despite her many achievements. “I was with her when she was still writing for film. She took a big risk, setting her writing aside and giving up a Harvard scholarship. But I’m blessed enough to have witnessed how greatly it paid off.”

Being able to inspire others is what Garcia considers her greatest accomplishment. She applied for and was granted a scholarship to Harvard Law School, but she gave it up, believing that she has to be here to really know the people’s situation.

In all her endeavors, she tries to live out author Christopher Earle’s advice to “be humble in victory and gracious in defeat.”

She is still a work in progress, Garcia said. “I’m my own project. I’m investing my all to come out as the best version of myself to others.”

For now, her overriding wish for her peers and her countrymen is for them to realize that: They can create opportunities for other people; they don’t have to be the best to do good for others; and they should register to vote and encourage others to do the same.

Law school awaits for Garcia. She also plans to work with Unicef or teach at Miriam College. —CONTRIBUTED INQ

The author is an AB Communication sophomore at the Ateneo de Manila University.