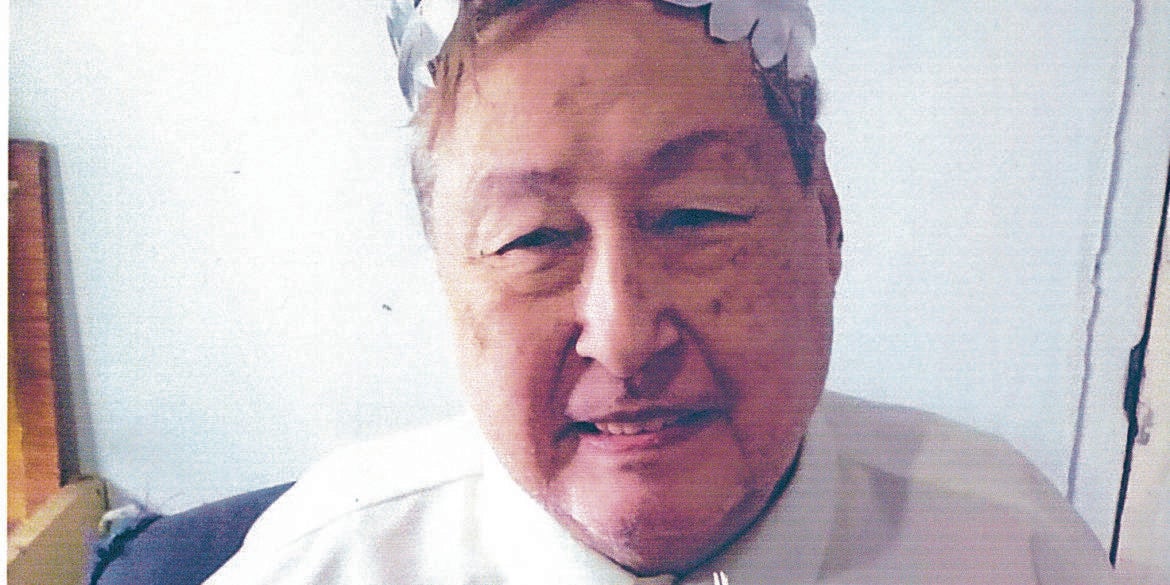 Even Ilonggos do not seem to understand the nuances of their language, says poet-historian Guillermo Gomez-Rivera

“This American-based association came to the Philippines to hold a congress hosted by Pampanga poet laureate Amado Yuson. Over 200 poets from here and abroad attended the event,” says Gomez-Rivera.

Ironically, Gomez-Rivera is not on any search engine’s list of Ilonggo poets, despite the fact that he remains prolific at age 84 and is, in fact, waiting for his latest three books in Hiligaynon (formal reference to the Ilonggo language and culture) to be published.

Hiligaynon is one of the marginalized languages in the Philippines, he observes. “It is waning as a medium for literature. Oral tradition is no longer popular. The Ilonggo people are worried about the future of the language. I’d like to do my little part in saving the region’s cultural heritage—by publishing my book of poetry with English translation. Today even the Ilonggos do not seem to understand the nuances of their vernacular.”

Gomez-Rivera, born on Sept. 12, 1936, in Iloilo City, was raised in a bilingual household. His grandmother Rosita Jimenez, wife of a Spanish mestizo, Jose Rivera, spoke only Spanish. When his parents Francisco and Lourdes Gomez separated, the boy was adopted by the childless Rosita.

Since Rosita could not understand Bisaya, Gomez-Rivera spoke to her in Spanish while he spoke to his nanny in Ilonggo. Although the nanny was not educated, she sang indigenous lullabies to him and recited Hiligaynon oral literature such as “Maragtas,” the epic history of Panay and corridos antigos, narrative metrical tales with moral lessons.

On the side, he was required to practice zapateados (rhythmic foot stamping, as in flamenco) and baile español, or traditional Spanish dances.

Rosita wanted her adopted son to be well read in Ilonggo literature as well. She hired Gumban and Flavio Zaragoza Cano, “prince of Ilonggo poetry” in the 1920s, for the job.

Gomez-Rivera recalls, “They were old then and were paid P5 per lesson, every weekend. In the ’50s, that was a large amount of money.” He remembers his immediate impression of Ilonggo poetry. “It is characterized by rigid Castillian accentuation and meter.”

His mentors were likewise writers in Spanish. “Many Visayan literary people of our generation, and even before that, were versed in Spanish literature,” Gomez-Rivera says. “I was fortunate to be exposed to that environment.”

In the ’50s, he also had his own radio show in Iloilo, where he read his poetry on the air. “It was like telling a story, with a guitarist accompanying the reader,” he recalls. “The themes could be news from the barrios, such as brothers quarreling over land or over a woman.”

By the 1960s, his reputation had spread. During Lent and other fiestas on Guimaras, he would be invited to read his poems. For the Senakulo, he wrote meditative poetry. On other occasions, he waxed lyrical about the beauty of the island.

In the 1970s, Gomez-Rivera moved to Manila for work as secretary of the National Language Committee at the Constitutional Convention. He took that chance to get a degree in Spanish at Letran and proceeded to teach the subject at universities for the next 40 years. On the side, he became popular in the social circles for his own baile español classes.

Essays, poems and a novel

He is retired from teaching now, but has been busy writing books in English and Spanish. Followers of his Facebook page are enthusiasts of Philippine history and the Spanish language. He drew added interest when he posted his Hiligaynon poems with English translations. He is enthusiastic about his three forthcoming books.

“Si Tienente Guimo, Aswang Kag Baganihan (Sorcerer and Hero)” is a 53-chapter novel about Guillermo Guilleran de Hernández Gavira, who fought in the Spanish-American war and later led a guerrilla warfare against the Americans. A sorcerer from Salem, Massachusetts, cursed him to become an aswang (shape-shifting monster) so that Ilonggos would hunt him down. To retaliate, Guimo recruited his daughter to lure English teachers to his lair in the Bulabog-Putian mountains. He turned them into fish and deer for food.

Gomez-Rivera rues: “While the Hiligaynon manuscript remains unedited, the Spanish version was printed as ‘Auis Ut Deus (Someone Like God).’ Unfortunately, market surveys show that there are fewer readers for Ilonggo/ Hiligaynon literature today.’’

“Ban-Awan Sang Historia Kag Lenguaje” is a compilation of historical and literary essays. One of the main articles is about Jose Rizal’s visit to Iloilo where he meets his grandfather Felipe Gomez Windham and great-uncle Guillermo who, like Rizal, were Masons. Rizal stayed at the Gomez-Windham ancestral home. There are pieces about Ilonggo poets, the parian (Chinese merchant communities) in Molo, and prominent Ilonggo families in Jaro, whose ancestors were Chinos Christianos (Christianized Chinese), such as the Locsins.

“Iloilo Sang Akon Dughan, Sari-Sari nga Mga Binalaybay” is a collection of his nationalistic and romantic poems inspired by Iloilo’s rich culture. “Akon Dughan (A Patriotic Song)” is the most recent.

Gomez-Rivera says only the older generation remembers him now. He especially mentions “the last of my fans,” the late Ramon Muzones, author of 62 books and another proponent of Hiligaynon literature, who died in 1992 and received a posthumous national artist award in 2018.

In a move to revive interest in the Ilonggo culture, Iloilo Dinagyang Foundation Inc. has encouraged Gomez-Rivera to continue his work—a challenge he is wholeheartedly accepting. They likewise nominated him for national artist for literature.

“We should appreciate our heritage,” he says. “If we lose the Spanish language here, it would still exist elsewhere in the world. But if Hiligaynon dies, it will not be alive anywhere else.’’ —CONTRIBUTED INQ