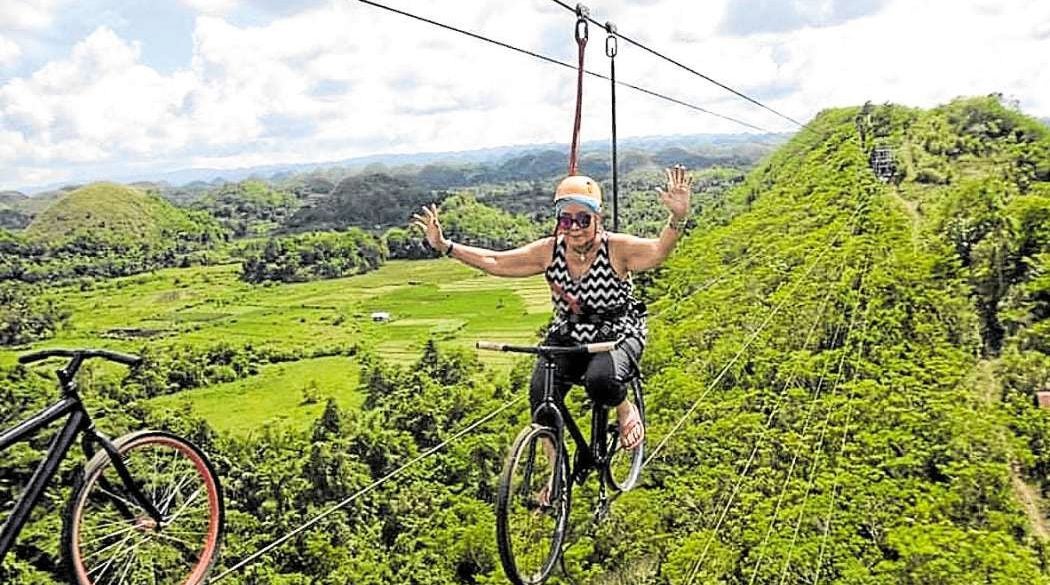 The author’s mom, Marietta Jambora, stayed active well into her 70s. She was 75 when this photo was taken.

My mom was also mom to street kids

She was a champion of the homeless, jump-starting the first of many advocacies in the ’90s with her weekly feeding program for street urchins in Dumaguete City

Today is the first Mother’s Day without my mommy. There will be no more calls, no more conversations and no more flowers to send.

My mom, Marietta Cartagena Alfon Jambora, “Baby” to family and friends, was the strongest woman I knew. She had a determined mind and the grit and tenacity to follow through anything she set her heart on. “Impossible” was not an option for her. She was fiercely independent, a formidable force—perhaps stirring mild irritation in those intimidated—such that even military generals could not say no to her (including her eldest son, who’s a general).

Last year, for example, when she collapsed in her home from a stroke—she was always in good shape—she refused to part with her mini pinscher, Aki, hanging on to the dog for dear life, such that the paramedics had no choice but to allow her dog in the emergency room with her. Even as the stroke triggered confusion in her brain, Mommy had the presence of mind to hold on to what mattered most.

That was the side her acquaintances were familiar with. To me, she was, and will always be, Mommy, the mother some of my friends wished they had.

She was a champion of the homeless, the street children, the environment and so many more, jumpstarting the first of many advocacies in the ’90s with her weekly feeding program for street urchins in Dumaguete City, where she lived alone and independently for over 20 years after my dad died.

She nourished children not only with food, but with hope through stories and songs about faith and Christianity. This gave birth to several other projects, including leading a team that built an entire village for the homeless from scratch.

Mommy was physically strong, too. In her prime, she used to beat men in tennis and went scuba-diving with my dad and the rest of the guys (she earned her Professional Association of Diving Instructors open-water certificate in the ’70s).

She was also an artist, designing jewelry and furniture since I was a kid. In her late 60s, she taught herself wood sculpture. For years, until way into her 70s, she pounded on wood for hours on end in her garage, alone with her chisels and knives and mallets.

She was born and raised in Cebu City and studied at St. Theresa’s College there, where Laurice Guillen was a schoolmate. As a child, I listened with fascination to her stories of brushes with the award-winning actress and director in school, how Mommy auditioned for plays and got the role of a tree or a bench (okay, so she was not that kind of artist), while Guillen went on to receive plum roles.

Her uncle, Fernando V. Alfon, was a respected post-World War II movie director in Cebu City, so it was perhaps inevitable for her to try her hand at the craft. Award-winning author Estrella Alfon was a great-aunt, which further made her gravitate toward the arts at a young age.

But Mommy devoted her life to her advocacies, where she dedicated many hours—including playing shrink to everyone with problems—without pay or compensation.

On April 17, at 77, God called her home after a six-month battle with an inoperable malignant brain tumor. That was not her first encounter with cancer. In 1997, she had surgery to remove a cancerous tumor in her colon. In 2013, the colorectal cancer returned, and postsurgery she had to carry around a stoma bag.

Despite many trials, Mommy soldiered on and even attempted to put together her annual Christmas Wish Upon a Star fanfare for children from her sickbed.

Mommy, I will forever miss you. —CONTRIBUTED