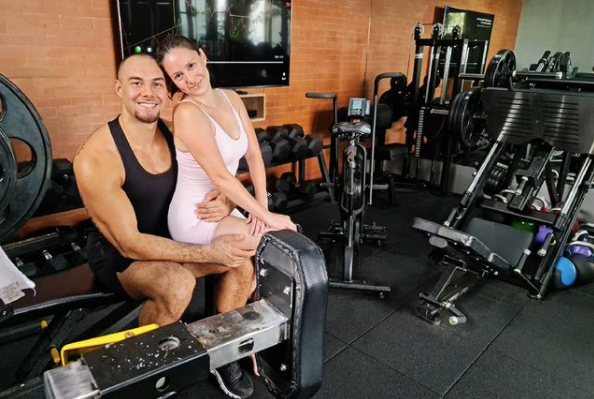 As wife to former basketball player Doug Kramer, celebrity mom Chesca Garcia-Kramer believes she has a lot of things to be grateful for.

She enumerated at least eight reasons why she thinks she married the right guy, as can be seen in her Instagram page last Saturday, May 8, where she posted a photo of herself and her husband amid exercise equipment.

She spoke about how the disagreements they have just become inconsequential “because his tender loving care [outweighs] all of those issues.”

“Resolving them with him is easy because I am reminded of the man that he is and how I have bloomed as a woman because of the love, humbleness and unselfishness he continues to show me,” she said.

First, she is thankful for Kramer’s “commitment and love,” and second, for his leadership which “he never uses to abuse or take advantage of.”

“Instead, like a good leader he always puts everybody else ahead before himself with no ulterior motive,” she noted.

A third thing that Garcia is thankful for is the fact that her husband never fails to remind and encourage her spiritual growth to “walk with the Lord,” citing Kramer as her model.

Garcia also appreciates that Kramer is always looking out for her welfare and seeing to it that she is happy. She calls him her “defender.” She commends him for being affectionate in words and deeds. His humility and ability to apologize endears him to her all the more too, and this she connects lastly with his faith.

“I know he will come to his good senses right away because he is accountable to the Lord,” she said.

While there are far more good traits which her husband possesses, Kramer feels that these are the most important ones.

“Being a father is another set of lists to be thankful for too,” she added. “Thank you baby!!! I love you!” JB