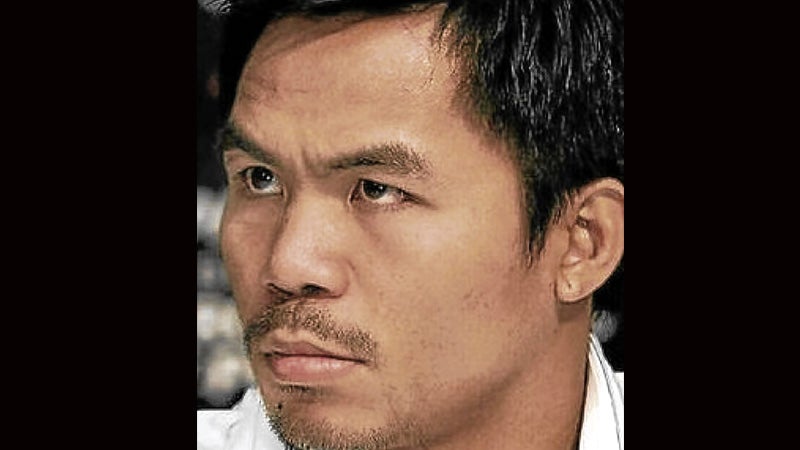 2 bishops attest to Pacquiao being a ‘changed man’

MANILA, Philippines – World boxing champion Manny Pacquiao, who says the Bible has changed his life, is hanging his gloves this season of Lent to take on a new task: to preach the Word of God to priests.

Manila Auxiliary Bishop Broderick Pabillo said Saturday that Pacquiao was set to give a recollection to the priests of the Diocese of Marbel, South Cotabato in his home on Tuesday.

“He will talk about the importance of the Bible. As we all know he was transformed by the Bible,” Pabillo said in an interview. “He no longer gambles and that’s because the Bible changed him.”

Pampanga Auxiliary Bishop Pablo David, chair of the Episcopal Commission on Biblical Apostolate of the Catholic Bishops Conference of the Philippines, said that Pacquiao could share with the priests his religious experiences and how the Bible has changed his life.

Pacquiao was known to be a casino-goer but has since reportedly avoided gambling after a religious experience and reading the Bible.

Earlier this year, Pacquiao said that he had a dream after his fight with Mexican boxer Juan Manuel Marquez last November that started him on the road to change.

Pacquiao said he dreamt that he was walking in a beautiful forest when a bright light shone on him and a voice asked: “Son, why are you going away from me?”

Pacquiao said he looked for the meaning of the dream and found it in the Bible.

David said the Church, which had earlier invited Pacquiao to be its “Bible ambassador,” was willing to provide him with spiritual guidance to help him in his discernment.

“If he is interested in the Bible, we would want to make some priests available to him in case he has some questions to ask about the Bible,” David said.

“When one talks about spiritual experience, normally, you’ll ask if this is a message from God or not. This kind of conversation is what we call spiritual direction. You have to have a spiritual companion who would discern with you the signs to say if it is really God who he is communicating with him,” the bishop said.

The CBCP earlier invited Pacquiao to help in its campaign to have the faithful read the Bible more often.

David said that Pacquiao was reported to have agreed but the boxer has yet to personally confirm this.  Besides being a world-renowned boxer, Pacquiao also hosts a TV game show and is a congressman, representing the province of Saranggani.