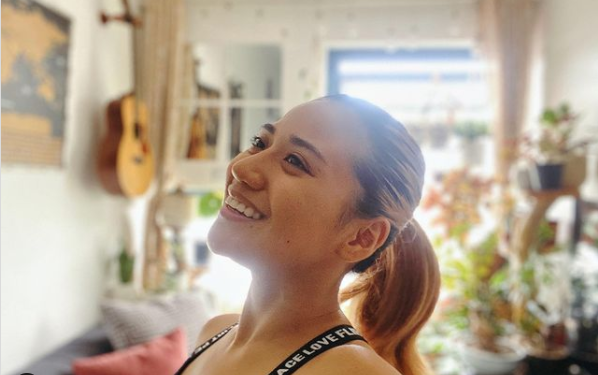 Being able to have a hit song that people will remember for a lifetime is what singer Morissette Amon believes to be the real achievement of any performer.

In her ten years in show business, she has become known for her birit (belting) songs and for her phenomenal hit “Akin Ka Na Lang.”

“I think my shiniest moment in my career was when I was also asked to interpret by Star Music for ‘Himig Handog’… ‘Akin Ka Na Lang,’” Amon said during the online press conference for her official rendition of “Shine,” in celebration of the song’s 25th anniversary.

She remembers the time while she and her family were in Cebu, and while there were enough shows and events to perform at, nothing beats having an original song attached to her name.

Although she did not make the cut in “The Voice,” Star Music opened its doors to make Amon a part of the family and asked her to interpret “Akin Ka Na Lang,” her video recorded performance of which has reached more than 132 million views on Wish 107.5.

“From there, I think also it’s really the song… It really opened a lot of opportunities,” she said. “What really lifted me high a little more was being able to put out an original song, which is [that], ‘Akin Ka Na Lang.’”

Meanwhile, Amon’s version of “Shine” is different from what it originally was. She noted the new arrangement which is perfect for its anniversary. For her, “Shine” is more of a praise song and perfect for what she went through lately, such as the challenges of the pandemic, including the “little miracles or little achievements everyday.”

“Shine” is also her “thank you song” to her fans and family, for their unending support over the years. The singer even noted that “Shine” was written in the same year she was born.

Morissette Amon engaged to Dave Lamar: ‘Our journey wasn’t perfect, but it’s ours’