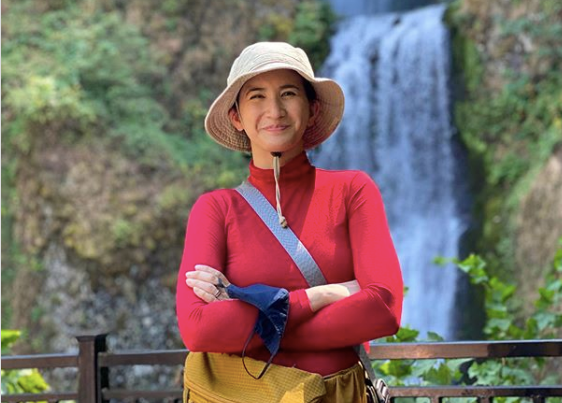 Actress Rica Peralejo recently acknowledged someone who called her “seasoned” after watching her latest vlog, but the actress and celebrity mom was quick to also give credit to people from whom she learns a lot.

Peralejo equated the compliment to food and how culinary language “provides for us a wealth of illustrations for life,” as seen on her Instagram page yesterday, May 24.

The woman who called Peralejo “seasoned” said she can “teach the younger ones about life.”

“And that resonated,” Peralejo admitted.

Being an experienced woman, Peralejo feels she’s been “immersed in the salt and spices of life enough, marinated in the winter, spring, summer, and fall flavors of life.” But she also acknowledged that she’s not the only one who can teach about life. She admits to learning from younger generations.

“Why, I learn so much from people 10 or more years my junior,” she explained. “In fact, much of what I do are not delectable to the public unless a young person repackages what I say. They know what this generation is looking for, after all. They feel the present pain, and I find an answer to that pain from my own archive of experiences. Some things match though I come from a different time. But the point is that we come together and we have an answer.”

Peralejo believes that by coming together, one is able to “offer something appetizing.”

“Meaty and tasty meet, and my followers are chowing down something healthy and fresh,” she said. “A simple caption, a 10-minute-vlog, a text graphic, all made by age, experience, freshness, newness, originality, depth, relatability, currency, all thrown into the mix, not one sacrificing for the other.”

The Christian mom joined YouTube in 2014 and has been vlogging in the platform under her channel, Rica Peralejo-Bonifacio. JB