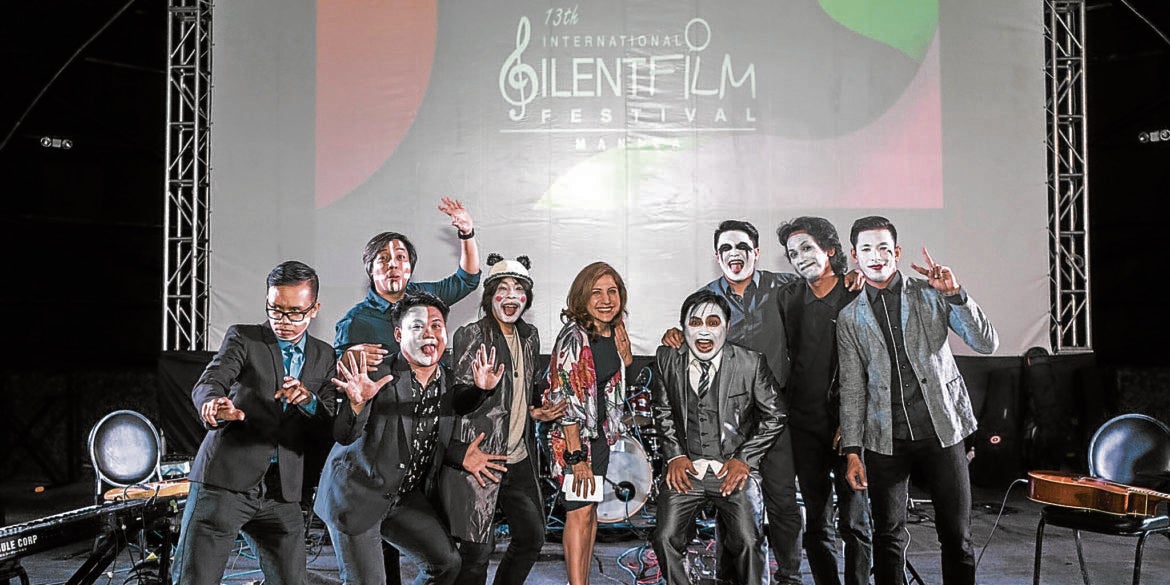 10 chosen filmmakers will be mentored on story development, editing and technicalities of silent filmmaking

Two big projects are in the works for the 15th edition of the International Silent Film Festival Manila (ISFFM) in November, a silent film competition and a “hybrid” staging with a limited live audience at Metropolitan Theater in Manila.

ISFFM was traditionally held in the cinema and was free to the public. Participating countries then chose a silent film, and musicians, such as Rivermaya, Sandwich, Radioactive Sago Project, Razorback, even a rondalla, scored the music live—like a mini concert. Because of the pandemic, the festival was held digitally last year. The projected “hybrid” festival will have an on-site event that would also be shown online.

Mit Out Sound (MOS): International Silent Film Lab was created to revive the production of silent films—especially among the youth.

FDCP, through its Film Cultural Exchange Program, will conduct the MOS activities, such as Visual Storytelling Lab, Safe Filming Lab and Editing Lab. Sessions will be held on Zoom.

The ISFFM committee will choose 10 filmmakers who will be mentored by a yet to be finalized panel of local and international filmmakers on story development, editing and technicalities of silent filmmaking. The chosen filmmakers will be given a production grant of P50,000 each to produce their silent shorts following the theme “Reimagining the Past with the Present.” Their output will be part of the festival’s lineup in November.

Incentive awards with cash prizes will be given, too—Best Film Award, Jury’s Special Prize Award and the Jose Nepomuceno Award.

Jose Nepomuceno is the “father of Philippine motion picture.” Unfortunately, director and film historian Nick Deocampo said there are no more copies of Nepomuceno’s works, including the first Filipino silent movie “Dalagang Bukid,” shown in 1919.

Other silent film choices are “Miracles of Love” by Vicente Salumbides, “Patria Amore” by Julian Manansala and “Oriental Blood” by Carmen Concha.

The silent shorts can be live-action or animated films, colored or black and white, but must have no spoken dialogue or synchronized recorded sound. Details are on the FDCP website (fdcp.ph/mitoutsound); deadline is on June 18.

Are nostalgic silent fims still relevant in the age of online streaming when movies are all about special effects and dialogue?

Macalintal said silent films can actually provide a breather from all the “noise that overwhelms us from our gadgets these days,” in effect making way for more mindful viewing.

Suzuki said the creative interaction of cinema and music acts as “time machine to recent past,” transporting the audience to the beginning of cinema, but with contemporary music, while Guardiola added that more documentaries should be included in the festival.

Deocampo gave a quick history of silent films in the Philippines, highlighting that Filipinos enjoyed “the golden age of silent cinema.” In the early 1900s, the audience glammed up to watch films from France, Italy, Germany and even Scandinavian countries that were accompanied by a 16-piece orchestra.

“Imagine the feeling of being in a spectacular live screening, the novelty of watching a film with live music by an orchestra. Ganyan kataray,” Deocampo exclaimed.

“Film language is the very essence of what cinema is,” Deocampo said. “The legacy of silent films should not just die in the past for historians to write about.” INQ