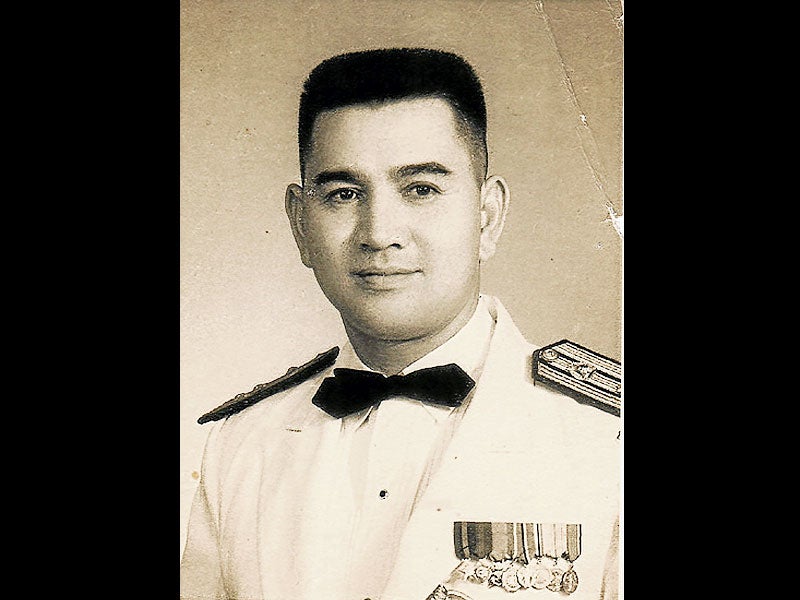 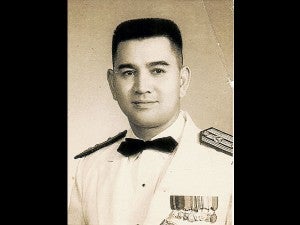 Everyone who has lost a father too soon and remembers him with much love and affection on Father’s Day will have a favorite story, an anecdote about lessons learned from the first man in one’s life.

I was 18 when my father died, but one of the most remarkable memories I have of him was of something incredible he did when I was 12: He forgave the people who killed his youngest son.

It’s a memory that remains clear, although it’s not easy to summon back, for all the pain it brings, as I remember both loved ones I lost.

There was my older brother, Mel, who was beaten to death one night in 1976, when he was a 19-year-old college freshman, in what may have been one of the country’s first publicized cases of fatal fraternity hazing. He died before he had the chance to become a father himself, or even a husband.

And then, there was my father, Col. Romeo Gillego Honasan, who would die seven years later, in 1983, at age 61, of a cerebral aneurysm, seven months after twirling me around the dance floor for my 18th birthday.

It took my dear friend, grief counselor and writer Cathy Babao, to help me renew the lesson. Cathy had interviewed my mother for her thesis, asking about my mother’s experience of grief. My mom, now 86, is quite the survivor, having outlived a husband and three sons; I lost two more brothers after Daddy died. 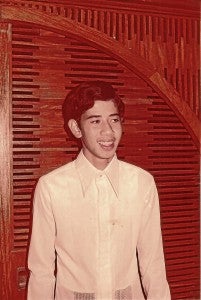 In her research, Cathy dug up a microfiche copy in the Ateneo library of the front-page story on Mel’s death, reported on Aug. 23, 1976. “Student dies in QC fraternity hazing,” read the title on the front page of the Bulletin Today. He had died at 8:10 p.m. on Saturday, Aug. 21, from “internal hemorrhage caused by numerous bruises and contusions all over his body.”

Mel had been the sole neophyte, running a gauntlet of some 20 boys from the Beta Sigma fraternity, who used some pretty awful weapons to beat the life out of him; another newspaper had carried a picture of the gruesome collection.

His bloodied T-shirt, the report said, which had been found in the vicinity of the house in Project 4 where the hazing took place, also bore several burn holes from cigarettes. The names of 14 fraternity “masters” had also been written on the shirt. Talk about making your mark.

The situation was aggravated by the fact that, instead of taking Mel to the nearest hospital, the panicked boys took him to the University of the East, much farther away, reportedly because a brod from the same fraternity worked in the emergency room. The boys who had brought him there, the report said, “disappeared shortly afterwards.”

The boys went missing for a couple of days, and as of the publication of the story, had not been found. Soon, however, they were all under police custody—several, if not all, had surrendered, as I recalled the adults talking about at the time. 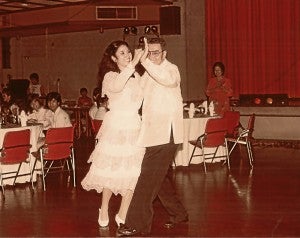 Mel’s death was a trauma for all of us—the first in the family, and a violent, senseless one at that. Young as I was, I was particularly incensed that his lifeless body has been abandoned in the hospital.

Yet amid the tumult of emotions and the blur of events, I remember, clear as day, not that first news report, but the one that followed two days after.

On Aug. 25, another front-page story came out in the same newspaper with the headline, “Hazing victim’s father sets aside his anger.”

I remember the story very well; it was written by now Inquirer editor in chief Letty Jimenez Magsanoc from an interview with Daddy, and it featured a picture of my father, looking strong and determined despite the obvious pain in his eyes.

“Ateng, that’s the story you should look for,” I told Cathy. A few days later, she dropped a brown envelope at my house, containing a photocopy of the piece.

“My son’s death was senseless,” Letty quoted Daddy. “But if with his death, we have seen the last of brutal hazing, then my son’s death would have meaning.”

Incredibly, he didn’t even condemn fraternity initiations. “I believe fraternities should be encouraged because they… develop a sense of discipline, of belonging, and of manhood, things which are of great importance in the life of growing boys.”

Still, he qualified, “Let our son’s death be a lesson learned by all fraternities for as long as they exist.” 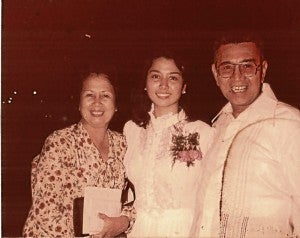 Daddy’s first reaction was anger, the story said. “I wanted to get my gun and hunt down the killers of my son. But who are my targets? They are just kids like my son, and I began to wonder about the feelings of the fathers of these kids. I don’t want the kids punished in a manner that is final.”

“As with any parent’s dream, Honasan and his wife Alice dreamed for ‘us to die ahead of our children—and our children in their own time,’” Letty concluded her report. “But it was not to be. Mel will be laid to rest today at 3 p.m.”

To my knowledge, no parents ever approached my parents to intercede on their sons’ behalf—and my father never filed any charges against the boys. They were released in a few days, and although we did learn all their names, I never knew what happened to any of them. Mel would have been 54 now if he had lived.

I was only in sixth grade then, but in the midst of all our anger, I realized soon enough what kind of man Daddy was, and what it took for him to do what he did. My own comprehension was limited, and I struggled with seeing people I loved trying to make sense of what happened.

My mother fainted every single day at the wake, and was catatonic with grief most of the time. My four other brothers were in anguish; my oldest brother Greg, then already a decorated lieutenant in the Philippine Army, actually had some of his soldiers offering to teach the perpetrators a “lesson,” and he had to ask them to back off.

My father, himself a graduate of the Philippine Military Academy’s Class of 1943, a Death March survivor, and one-time aide to President Ramon Magsaysay, took the tragedy like a soldier: He was stoic, strong and level-headed.

Sobbing in the dark 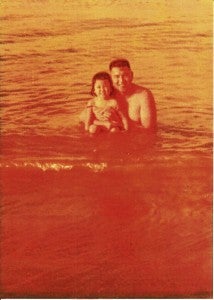 It was at night, however, that I would hear him sob in the dark, trying to stifle the sound, and I would hear my mother comfort him through the open door that led to my bedroom. I don’t know what was more painful then—losing Mel, or seeing what the loss was doing to my family.

Sadly, Daddy didn’t quite get his wish, as many more hazing deaths, as brutal or even more so than Mel’s, would hit the headlines in years to come. I think of the screwed-up idea behind what is now considered hazing, and how we already know it takes much more than being able to take physical pain—and inflict it—to make a man. You’d think people would have learned that by now.

I think about later hazing incidents, when the perpetrators would hurriedly hop on planes and flee, or hire a barrage of lawyers, or hide behind their powerful and influential parents—everything except face the music, or own up to what they did.

And yes, like my father probably did then, I begrudgingly think: Despite what they did, the boys who killed Mel were bigger men than those who would follow in their inglorious footsteps. They were willing to face the consequences of their actions. And it took an even bigger man, my father, to appreciate what that meant.

I’ve lived 28 of the 46 years of my life without Daddy. I’ve hurt many people, but I also have to learn to forgive more. Whenever I feel hurt, angry or wronged, I try with all my might to remember what Daddy did. Even as I write this, I admittedly recall, with some faint bitterness, those frat boys who dumped Mel in the hospital. I wonder if they ever became fathers, and if they ever told their own sons and daughters about what they once did.

But then again, if Daddy could look at those who killed his son with such compassion, then, I guess, I have no right to bear grudges. I take a deep breath, think of Daddy, and try to let any hurt and anger go.

Many times it doesn’t work, because I’m a long way from the wisdom and generosity of my father. Sometimes, though, it does, and the hurt flies away like a freed bird. Then I remember what a great gift my father has given me.

And I remember you, Daddy, with nothing but love, today and always.