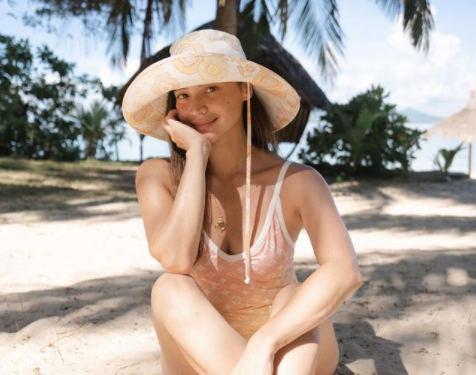 WATCH: Anne Curtis conquers fear of swimming in the sea after 7 years

Actress-TV host Anne Curtis has finally conquered her fear of swimming in open water after seven years, during a recent trip to Palawan.

Curtis went to a Taytay resort and was with her sister-in-law and fellow actress Solenn Heussaff, as seen in a video she posted on her Instagram page on June 15. Actor-husband Erwan Heussaff and Solenn’s husband Nico Bolzico was also with them, as can be seen in their respective Instagram pages.

“Missed this soooo much. Even if I could barely hold my breath underwater, [was] so happy I finally conquered my fear,” she said as she can be seen swimming in the video.

The video, taken by her husband Erwan Heussaff, showed Curtis and Heussaff swimming like mermaids under the deep blue waters.

“Took a while to be comfortable this far out in the water again – without a scuba suit. About [seven] years I think. Made my mermaid heart so happy! [Helps] to be with the best people at such an amazing place,” she said.

Curtis was stung by a box jellyfish while shooting her fantaserye “Dyesebel” in 2014 in a beach in Batangas. The actress was brought to a hospital there before she was finally confined in a hospital in Manila.

That near-death experience traumatized Curtis who never swam in the deep seas after that incident, until she finally mustered enough courage to swim again recently.

In an interview in 2018, Curtis warned her fans about the existence of box jellyfish in the country. She advised visitors in beach areas to be responsible by asking locals for advice and being on the lookout when swimming. JB

‘So what’s the plan?’: Anne Curtis asks about government’s next steps amid COVID-19 surge