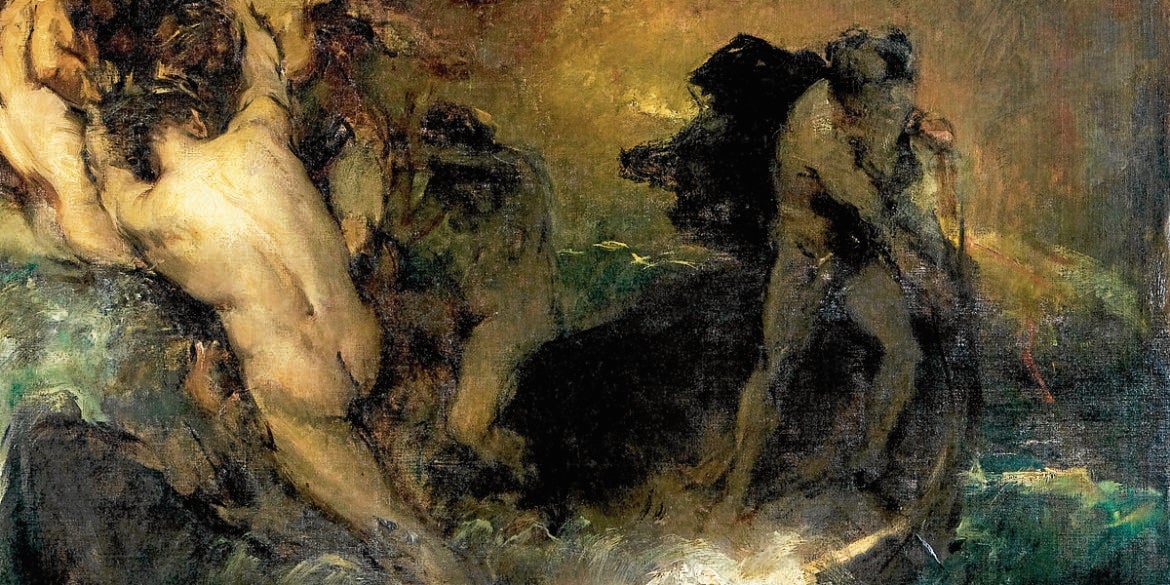 Inspired by the artist’s reading of Dante’s “Inferno,” the oil-on-canvas painting shows nude figures in agony or the souls of the damned as they are ferried across the River Acheron and into the underworld by boatman Charon, a solitary figure on the other side of the scene.

Together with its companion piece “La Laguna Estigia,’’ or “River Styx,” the painting won Hidalgo a gold medal in the 1887 Exposicion General de las Islas Filipinas in Madrid. In 1892, it received a gold medal at the Exposicion Internacional de Bellas Artes in Madrid.

It was purchased for 7,500 pesetas by the Spanish government in 1893 and hung at Museo-Biblioteca de Ultramar. Later on, it found a permanent home at Museo Nacional de Pinturas de Madrid. A study of the painting can be found in Lopez Museum and Library.

While Hidalgo is acknowledged as one of the greatest Filipino painters, he lived a quiet life as he spent three decades abroad, longer than the period he lived in the Philippines.