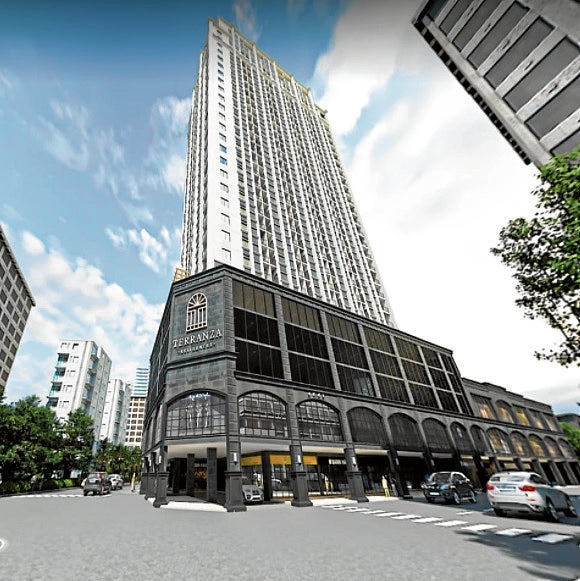 ‘The heritage buildings . . . are structures that are mostly built nearly attached to each other, with only their facades visible from the streets fronting them’

Iloilo City Mayor Jerry Treñas has defended the controversial condominium project just outside the declared historic center in what used to be the Queen City of the South.

In an email to Lifestyle, Treñas said the Terranza condominium project is outside the heritage zone, an area bounded by J.M. Basa (Calle Real), Aldeguer, Mapa, Guanco and Iznart streets.

He said he disagrees with the idea that the project will affect the sightline of the heritage buildings inside the declared zone.

“The heritage buildings found in the Iloilo City Heritage Zone are structures that are mostly built nearly attached to each other, with only their facades visible from the streets fronting them,” he said, explaining these buildings could only be viewed from the front, and not from the other directions.

“This is differentiated from the ‘sightlines’ expected of monuments, landmarks or important structures that are usually established in vast open spaces, with a substantial distance from buildings or any obstruction and which are purposely designed for multiple views of all of its sides,” he said, giving Arroyo Fountain in the city, Quezon Memorial Circle in Quezon City and the Rizal Monument in Manila as examples.

Treñas stressed that Terranza condominium will “not mar sightlines to or block views of” the heritage buildings, as it is covered by the conservation guidelines of the heritage district as well as the setbacks, as required by the National Building Code of the Philippines.

The mayor explained that the project is part of the city government’s revitalization of the downtown, which he said has lagged in development compared to Jaro, La Paz and Mandurriao districts.

“The project’s mixed uses can help further diversify the downtown area’s commercial operations into higher intensity/density and more competitive businesses, which can have round-the-clock operations that can help revitalize the area and bring out its full economic potential,” he said.

Treñas also said “the multistory building is seen as a good mechanism for expanding the limited capacities of the downtown area in hosting commercial and business establishments,” as it could generate jobs and increase the revenue of the city.

Terranza has a zoning clearance from the Iloilo City Zoning Board of Adjustments and Appeals.

The project was likewise allowed for the reason that “modern building construction technologies that are safe are now available,” said the mayor. —CONTRIBUTED INQ