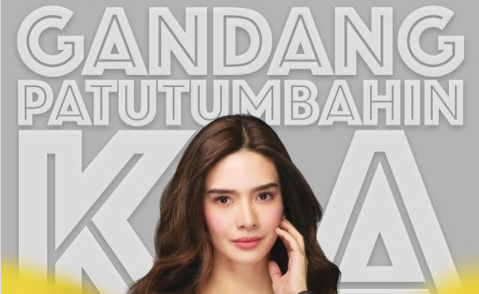 Erich Gonzales is open to any project with Mario Maurer

Actress Erich Gonzales has expressed that she welcomes any project with Thai superstar Mario Maurer.

The two starred together in the movie “Suddenly It’s Magic” way back in 2012.

Gonzales was asked if there’s any possibility of her working with Maurer again during the online press conference yesterday, June 16, for the TV series “La Vide Lena” where she is starring.

“Kakakausap ko lang sa kanya kanina, nagkumustahan kami. I don’t know pero siyempre open tayo with that,” she said. (I just talked to him a while ago, we greeted each other. I don’t know, but of course we’re open to that.)

(I’m happy that although it has been a while since we worked on our movie made in Thailand and here, the communication still exists, the friendship did not go away.)

Meanwhile, portraying a vengeful girl in “La Vida Lena” is something that Gonzales has prayed for.

(When they presented the story to me, I really liked it because it is something that I have not done before. The story is not just about revenge, it is full of heart.)

Gonzales shared that she has not yet gone through what her character experienced. But if ever she does, she will chose to be good.

(For me, personally, no matter what happens, no matter the situation, I always choose to be good. And understand other people, perhaps. Let’s just be kind and leave it to God.)

“La Vida Lena” will exact revenge on the Narciso family who has wronged her in the first season of the show, which aired on iWant TFC in November last year. Its continuation is scheduled to premiere on June 28, with additional broadcast venues Kapamilya Channel, Kapamilya Online Live, A2Z Channel 11, TV5 and TFC. JB