Up your game with a Father-Son play at SMDC

It’s the sport almost every Filipino knows or knows about, the game either played or watched with eager anticipation. A basketball court is a staple in almost every barangay. You can see boys and adult males shooting hoops in open spaces. The game is on television screens and in gadgets.

And why not? It does not require much to play it: little space, no maintenance, no expensive gear, no required number of players for a social game.

It is the perfect bonding activity for fathers and sons, with the bonus of a good health and great fun.

And who best to talk about basketball bonding than the Paras father-and-son tandem, which joins an elite group of two-generation basketball stars.

Ahead of the game

Three decades after he joined the PBA, ‘Tower of Power’ Benjie Paras remains the benchmark by which rookies are measured. He holds the distinction of being the only basketball player who received both Rookie of the Year and MVP awards in the same season.

He is known for power and grace at ball handing, rebounding, deft mid-range shooting, well-timed blocking and the uncanny ability for inside scoring. In his second month playing professionally, he exploded with 50 points, never allowing the veterans to intimidate him with very physical plays.

With such a powerful record, one would imagine the pressure of being the son of a Benjie Paras.

How did Benjie make sure his son, Andre, recently drafted by Blackwater Bossing, was spared from such a pressure, especially as the younger Paras started playing basketball in grade school, at the height of his dad’s basketball career?

Benjie gives the game away with the following revelations:

As Andre takes the game professionally starting next month, Benjie’s wise advice is for him to just enjoy the game. “Relax. Follow the play. Have fun. Do not expect anything,” Benjie tells Andre in the special Father’s Day episode of The Good Fit, which starts streaming via SMDC The Good Life on Sunday, June 20. 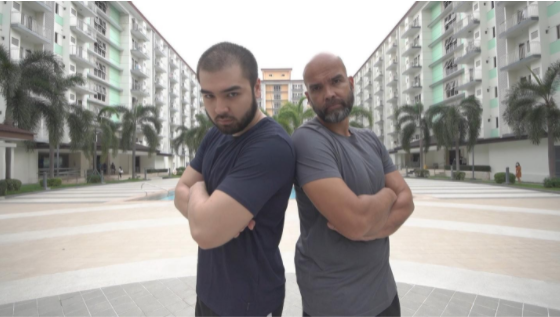 Benjie reminds Andre how, on his own, the younger Paras developed strong defense skills. When he started amateur basketball, Andre looked at basketball as a side fun activity because he was more interested in his showbiz career then. Benjie tells him it was this attitude that made him excel as he allowed his instincts to take over. “Do not put any pressure on yourself. Just get in there, enjoy the game with your teammates and have fun,” says the father.

Enjoy more of these tips, trivia and funny quips from Benjie and Andre via The Good Fit as they do a game showdown at SMDC Field Residences in a month dedicated to fathers.

If you want to up your game and score big, invest in a place that gives you the perfect opportunity to bond with your young family, while staying fit and having fun.

Consider a unit at SMDC. Its wide, open spaces make for the perfect father-son bonding time to start off on that basketball journey by way of Benjie and Andre, who learned basketball as a young kid in their community.

At SMDC Residences, you have the quiet indulgence of a hushed neighborhood with lots of greenery and the conveniences and trappings of a cosmopolitan home.

SMDC’s resort-styled amenities, tree-lined open areas and mini-parks provide the perfect backdrop for healthy outdoor activities and bonding moments with your family. And if you are ready to shoot some hoops, some residences have indoor basketball courts.

Are you ready to take your game to the next level?

No health without mental health: A lesson from Globe, DepEd Tayo Naman! webinar