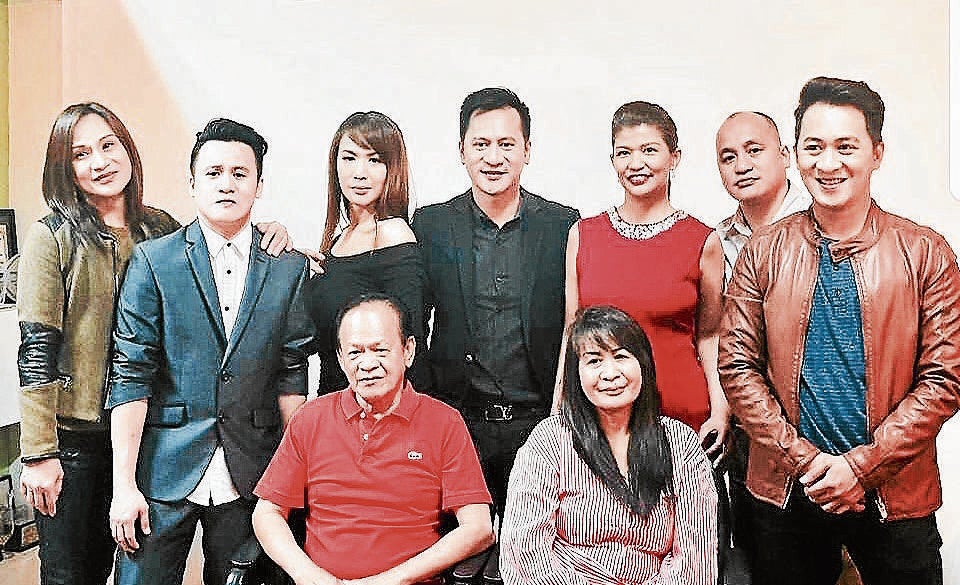 At 7 years old, Bjorn Lao knew he was different. Growing up, the Laoag City-based businessman preferred Barbie dolls over the toy guns, cars, robots and G.I. Joe figures his dad Johnny Lao bought for him and his brothers.

“He’d wonder why there were even dolls among our toys when he had six sons. He would hide the dolls, but then there were other things to play with,” Bjorn told Lifestyle. One of his favorites was a set of miniature palayok (clay pots), a specialty of the adjacent town of San Nicolas.

It wasn’t easy growing up gay with a strict father. In school he had friends to confide in, but at home, he had to hide who he was until the time came that his father relented.

“Hindi nya matanggap noon (He had a hard time accepting it).”

But Bjorn wasn’t the only one. His two older siblings, Jonel and Handy, also identify as LGBT. Their second to the youngest sibling, Jaynny, is also LGBT—that’s four of the six sons in their family.

The Lao siblings are close and four of them—Jonel, Alan, Handy and Bjorn—even work together in their family-owned business.

The two youngest ones chose to do their own thing: Jaynny is a fashion designer who has dressed a number of Ilocos Norte beauty queen hopefuls, while Alvin, who took up culinary studies abroad, opened his own restaurant, Seafood Capital by Chef Alvin in the town of San Nicolas.

“Our dad couldn’t accept at first that four of his sons identified as LGBT,” Handy said. “He had a number of rules that we had to follow. First, we had to be responsible for ourselves and for our actions. Second, he didn’t want any of us cross-dressing which we we were able to follow—although Jaynny had a bit of a hard time with that.”

Bjorn then narrated how, one time, their dad went to the store and bought boy’s clothes for Jaynny, who accepted the lot, but went back to the store and exchanged them for something more to his liking.

“It turned out Jaynny knew the storeowner who agreed to the exchange. Of course, he ended up choosing the more feminine pieces.”

All the siblings were sent to Manila for college, and it was there where they were able to let their hair down and give in to their kalokohan (shenanigans). When they were home in Laoag, however, they were expected to take on a more subdued demeanor.

A third rule set by their father—and one that all the siblings can rightfully say they followed—was to be successful in whatever line of work they chose.

Aside from heading the family business, Handy ran for public office and became a Laoag City councilor. He is also an ex-officio board member of the province.

To this day, Bjorn looks up to his older brother Handy and considers him his mentor and “favorite person in the world.”

“Just because we are LGBT does not mean that we are less,” Handy said. INQ