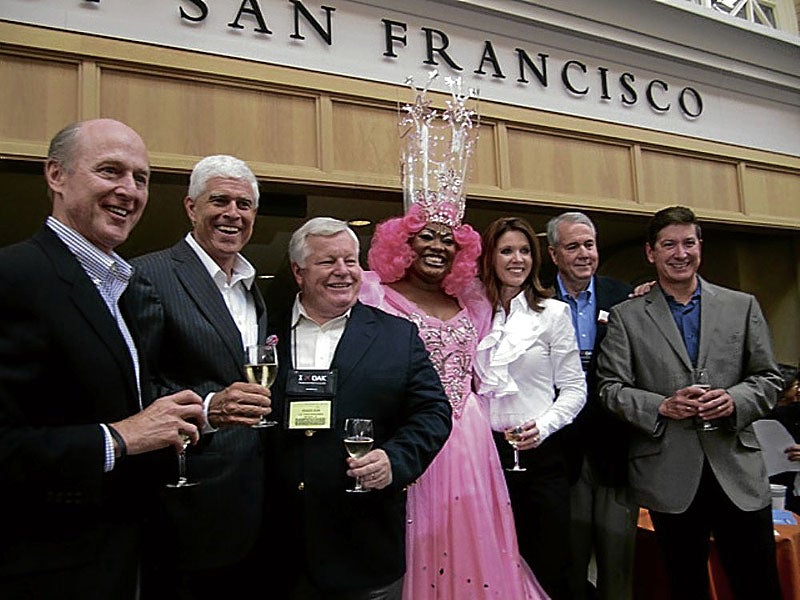 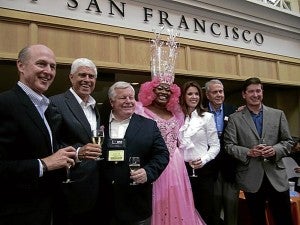 The Philippines’ Department of Tourism can learn a thing or two from their American counterparts in their efforts to push “Brand America” to the rest of the world at the recently concluded International Pow Wow held in San Francisco, California.

Pow Wow’s main objective is to sell American attractions to Americans and people the world over. More than 5,000 delegates, including international buyers and journalists from 70 countries, attended this year’s series of official events held at Moscone Center near downtown San Francisco.

International travelers to most major US destinations may make up only 20 percent of total visitor market, but they account for a hefty 35 percent in visitor spending. A study also revealed that foreign travelers to the US, particularly those taking long-haul flights, spend an average of $4,000 (per person) on hotels, restaurants, domestic travel, shopping and various forms of entertainment.

“Having spent long hours, if not days, trying to get here, they might as well make the most out of their visit by staying longer and spending more,” a US travel executive explained. 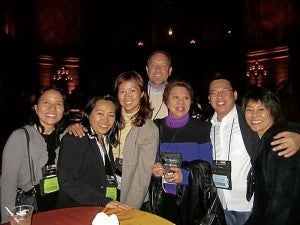 “Ready for Takeoff,” a comprehensive report released recently in Washington, further underscored travel and tourism’s importance to the US. The report noted that the industry already generates $134 billion in annual revenues and directly supports an estimated 1.8 million US jobs.

In fact, Roger Dow, president and CEO of USTA, has positioned travel and tourism as a chief export industry, in response to US President Obama’s call to industry leaders to spur America’s economic recovery by doubling exports in the next five years.

“The President has launched the ambitious National Export Initiative,” said Dow in an earlier interview with International Pow Wow Daily. “It’s challenging, but doable if travel and tourism is prioritized as a leading avenue in accomplishing the President’s goal.”

Travel and tourism, he added, is also an extremely significant employer in the US. The industry supports one in nine US jobs in a variety of sectors. 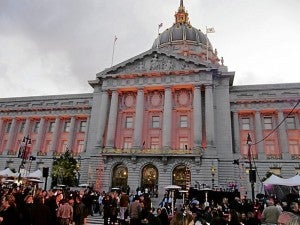 Not a few industry leaders lamented the fact that whenever certain US industries like banking and automotive go under, the government is quick to bail them out. Even during its darkest days in 2009, when the recession hit almost every US industry, the travel and tourism industry was left to fend for itself.

Part of the problem, they conceded, stemmed from the industry’s size and makeup. Unlike, say, the automotive industry, travel and tourism is composed of various sectors and subsectors like hotels, travel agencies, airlines, shopping malls, restaurants and theme parks, to name a few. They may be interrelated, but the nature of their respective businesses is more often than not completely different.

Pillars in travel and tourism, led by Dow, consider the twin industries as a form of “reverse” export. Instead of US manufacturers shipping finished products to the rest of the world, consumers from various countries come to the US to purchase goods and services.

So it’s quite understandable to see both public and privately owned hospitality and travel-related organizations tripping over themselves as they try to woo international travelers in a tight market that has yet to fully recover since 2008’s “great recession.” 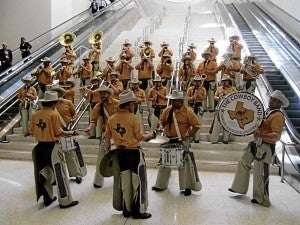 Although the numbers are up for certain big players such LA, New York, Las Vegas and host city San Francisco, they have yet to reach the 2006 and 2007 levels.

“Recession started when Lehman Brothers failed in the fall of 2008,” said Michael McDowell, LAInc.’s senior director for cultural tourism. “The following year, 2009, was a disaster. Our numbers dropped by 35 percent.”

Although LA’s international visitor arrivals (roughly determined when nonresident travelers surrender their immigration and customs forms upon arrival at the airport) are up by 10 percent in 2010, McDowell likes to remind his colleagues to put things in perspective.

“We showed a 10-percent increase in 2010, and everyone was saying that’s fantastic,” he said. “But we were down 35 percent the year before. We’ve still got a long way to go.”

America’s dwindling share of international long-haul travel isn’t confined to big players like LA. In a story by Mike Milligan, also in International Pow Wow Daily: “USTA reports that while the US welcomed nearly 60 million inbound travelers in 2010, including more than 26 million from overseas countries, its share of global long-haul arrivals fell significantly, from 17 percent to just 12.4 percent over the last 10 years.”

Depending on the destination, the US’s top international markets are Canada and Mexico. UK, Australia, Japan, China, Brazil and South Korea—a separate group described as “overseas” market, also made it to the top ten of most major destinations’ list. 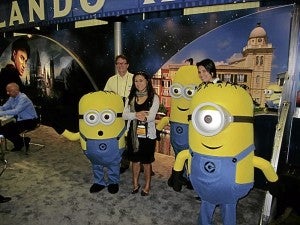 USTA is working on the lifting and/or speedy processing of visas for such countries as Poland, Argentina, Brazil, Chile, China and India. Thirty-six countries are under the US Visa Waiver program.

Taking full advantage of its turn to host this year’s International Pow Wow, San Francisco pulled out all the stops to produce a four-day gathering teeming with day-time activities and exclusive nightly parties staged at venues as conventional as Pier 39 and Fisherman’s Wharf to once-in-a-blue-moon shindigs at Alcatraz, Ferry Building, California Academy of Sciences Museum and the city hall grounds.

(We will provide you with detailed stories on certain developments and ideal travel destinations in the weeks to come.) 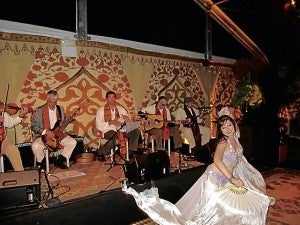 Sneak preview of “Transformers” ride, Universal Studios Hollywood’s latest 3D attraction, which comes on the heels of the highly successful King Kong 3D ride and back lot experience, to be launched in time for next year’s Pow Wow;

LA’s plans, including new attractions, entertainment options and the ongoing renovation and expansion of 50-year-old LAX, as it prepares to host Pow Wow in 2012;

How theme park city Orlando bounced back as one of America’s preeminent tourist attractions in the southeast;

And how CTP, under newly appointed CEO Jim Evans, plans to market “Brand America,” while relieving USTA with marketing functions in order for it to advance the interest and focus more on policies affecting the travel and tourism industry.

As the four-day event drew to a close May 25, close to 70,000 business appointments were reportedly conducted at the huge Discover America Marketplace Hall at Moscone Center.

Journalists and the respective publicists of participating tourism bureaus and companies also had a chance to meet up, ask questions, clarify issues and simply exchange notes during the annual media market place held on Day 1.

San Francisco last hosted Pow Wow in 1992. Pow Wow’s return to California, arguably the most visited state in the union, is doubly meaningful, as it bookends the state’s thrust to lure more tourists by giving Los Angeles the honor of staging the event in April 2012.

Delta Airlines, one of International Pow Wow’s major sponsors, has several daily flights from Manila via Japan to key US cities in the West Coast and beyond.